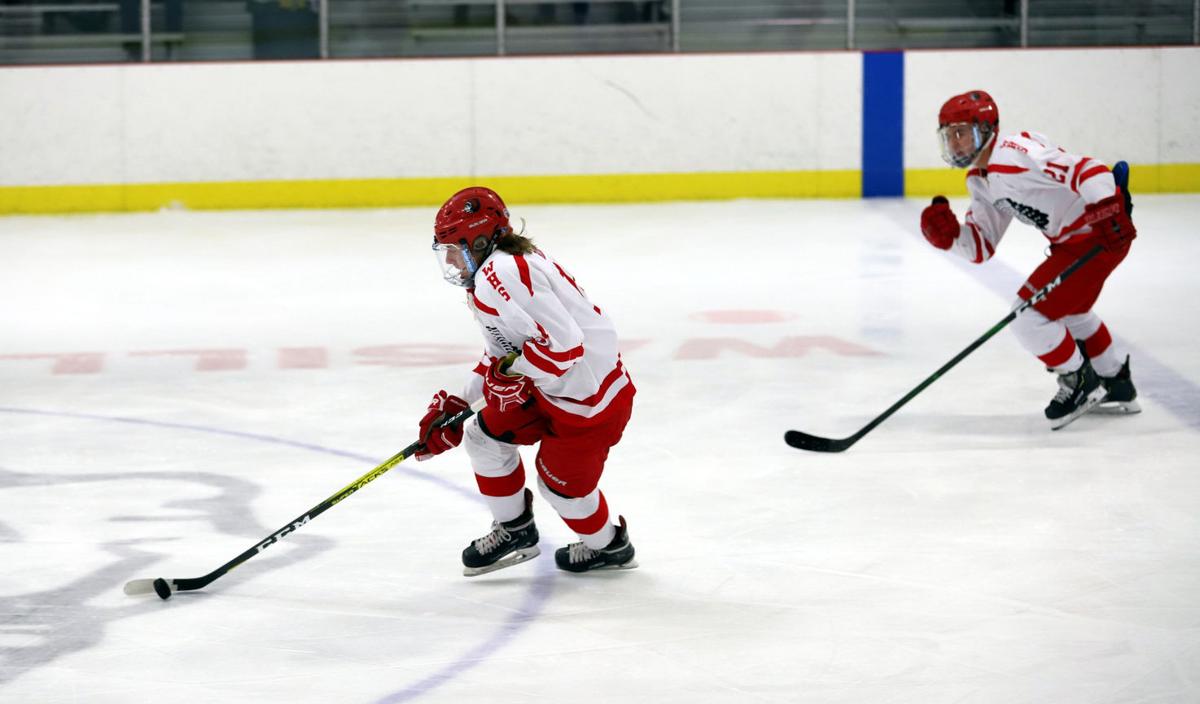 Wasilla’s Zach Roush leads a rush down the ice during a 5-1 loss to West Anchorage Friday in Wasilla. 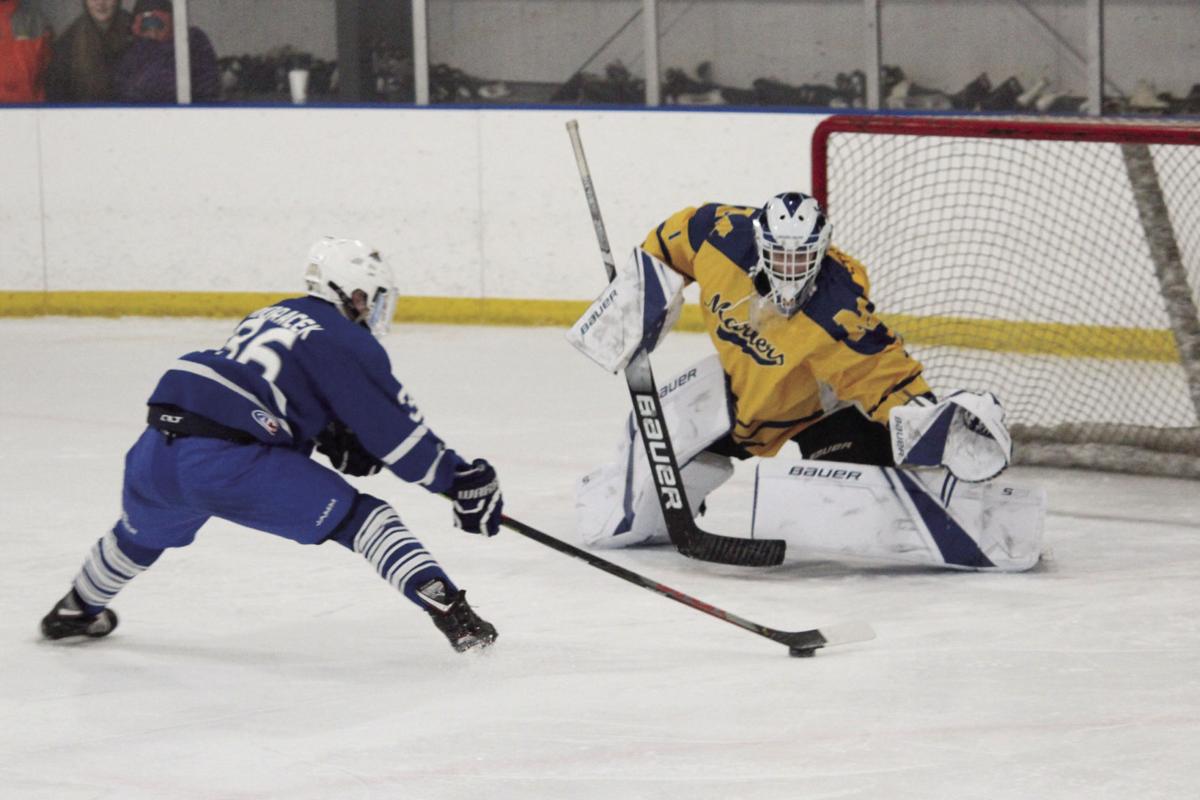 Wasilla’s Zach Roush leads a rush down the ice during a 5-1 loss to West Anchorage Friday in Wasilla.

Dane Jellich used a pair of goals to lead the Colony Knights to a nonconference road win over the Soldotna Stars Thursday night in Soldotna.

The Stars took the lead in the first period, when Journey Miller scored on assists from Trent Powell and Wyatt Medcoff. But Dane Jellich would tie it before the end of the first for Colony.

In the second, the Stars had a goal called off when the net came loose. In the third, Jellich scored the game-winner with 9:03 to play.

Roman Sheperd had 23 saves for Colony, while Corbin Wirz stopped 25 for Soldotna.

Dylan Harbour’s goal early in the second period marked the lone score for the Warriors. West built a 2-0 first-period lead, and capped the game with three unanswered.

David Aley put the Stars up 1-0 after the first, then Soldotna poured it on in the second period.

Galen Brantley III, Journey Miller, David Aley and Libby Miller scored for a 5-0 lead, then Trent Powell finished off the scoring in the third.

Josh Smoldon had 45 saves for Houston.

The Kardinals topped the Moose in Railbelt Conference action in a game that was moved to the Soldotna Regional Sports Center due to cold tempatures.

The game was scoreless after the first period, but Hunter Erwin, Cooper Stock and Daniel Shelden scored in the second for Kenai, while Owen Hayes had the lone goal of the second for Palmer.

In the third, Nate Beiser and Gavin Langham put Kenai up 5-1 before Hayes scored again.

Tommy Baker stopped 18 for Kenai, while Jackson Heard made 21 saves for Palmer.

In a game that featured only a flurry of scoring in the third period, the Kenai Central hockey team defeated Houston

3-1 on Thursday in Railbelt Conference action at the Kenai Multi-Purpose Facility.

With 6:00 left in the final period, Miles Marston scored unassisted to put the Kardinals up, but Houston’s Isaiah Squires had the immediate answer just 10 seconds later.

With 5:34 to play, Marston struck again, this time assisted by Nate Beiser.

With 4:40 left, Beiser would bump the lead to3-1 with a strike assisted by Zach Burnett.

Smoldon made 50 saves for the Hawks, while Cross stopped 23 for the Kardinals.

In their first meeting since Palmer topped Homer in the 2019 Division II state championship game, the Mariners skated to a 5-2 win over the Moose Thursday in Homer.