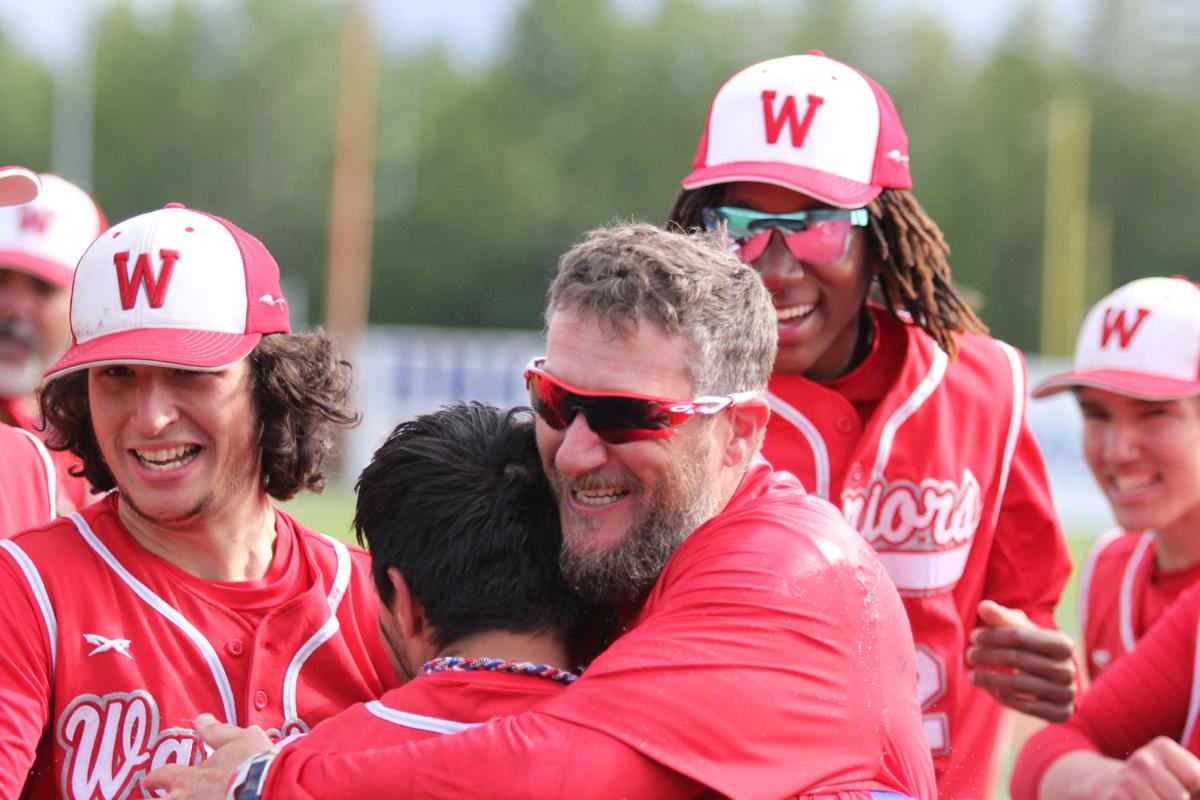 Wasilla head coach Ken Ottinger celebrates with his players after the Warriors won a state baseball championship in June. 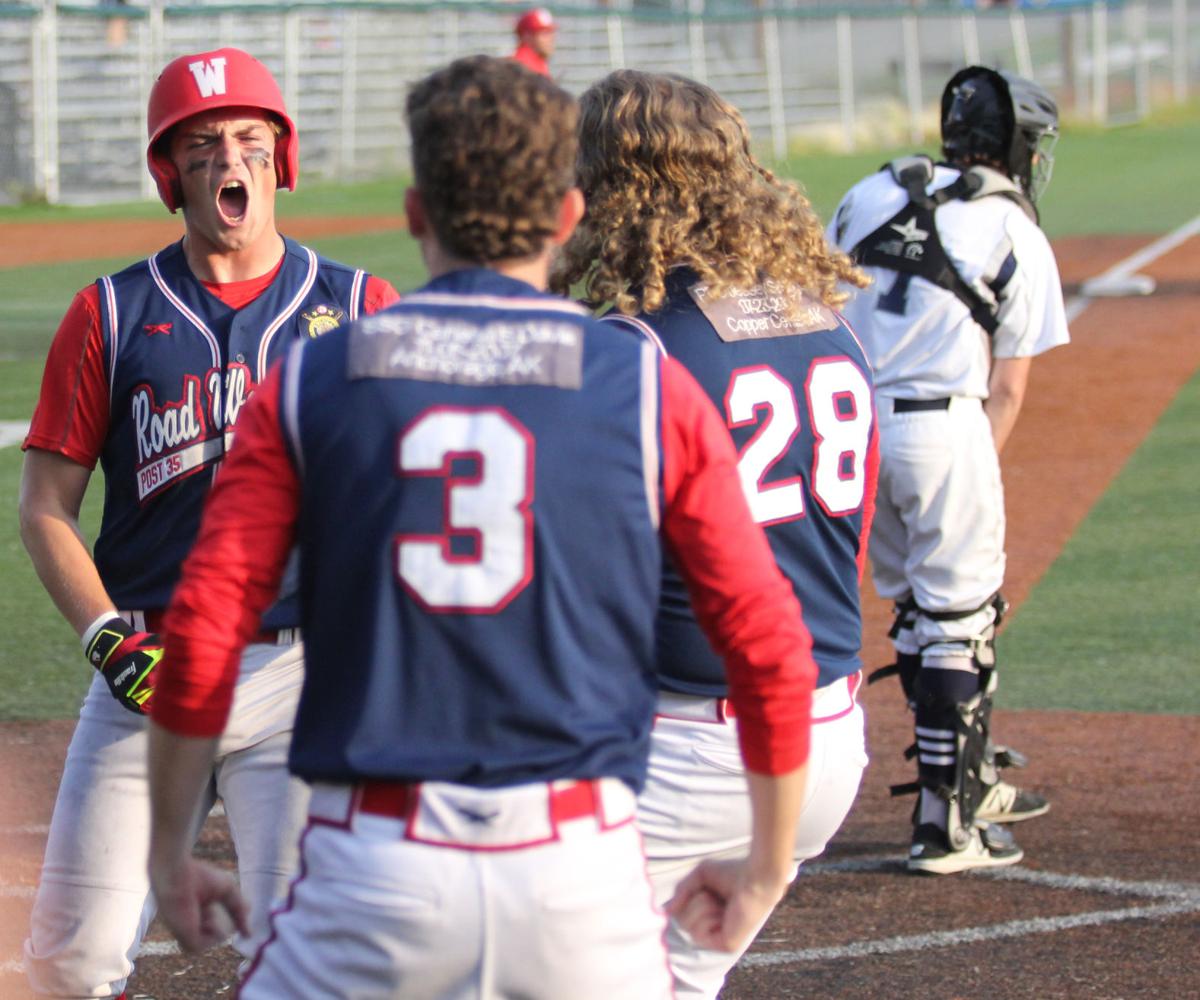 Wasilla head coach Ken Ottinger celebrates with his players after the Warriors won a state baseball championship in June.

It started out as one final adventure, but evolved into a historic run and capped a summer never seen in the Wasilla baseball community.

The Wasilla Road Warriors finished as the runner-up in the American Legion NWCART in Cody, Wyoming, earlier this month. It marks the first time that an Alaska team reached a regional final. And the experience was another chapter of an unforgettable stretch for Wasilla baseball.

In June, the Wasilla Warriors earned a prep baseball state title for the first time in both school history and Valley history. The bulk of that Wasilla High team transitioned to the American Legion season and suited up for the Road Warriors, who earned the No. 1 seed in the state tournament and finished as the tourney runner-up. Wasilla advanced to the state title game for just the third time in program history, and punched its ticket to the regional.

And Wasilla followed that up with a historic run through the NWCART. As the Road Warriors prepared for the trip, Wasilla head coach Ken Ottinger said they saw it as one final adventure for the summer. Another week with the boys. Maybe a chance for some sightseeing.

And then something happened.

“It was more than we expected,” Ottinger said.

Alaska teams have typically had a rough go in the regional tournaments. It’s often two-and-out. Ottinger said the coaching staff was even looking at an opportunity to take the players to Yellowstone National Park. But the only park the Warriors needed was the ballpark.

“All of the sudden it turned into win, win, win,” Ottinger said.

The Road Warriors opened the tourney with a 13-12 win over North Coos, Oregon, marking the first time an Alaska squad scored an NWCART victory since 2016. Wasilla followed with a 6-2 win over Cheyenne, Wyoming. The Road Warriors slugged their way to the final with a 9-6 win over Burley, Idaho.

Wasilla did drop its final two teams in the tourney, falling twice to Layton, Utah. But that should not detract from the local squad’s accomplishments.

It does reinforce the fact that Wasilla baseball is legit at both the high school and American Legion levels. The Road Warriors have long boasted a strong American Legion program. Former skipper Pete Powell led Wasilla to its first state title decades ago. Powell’s successor, Steve Mossburgh, continued the success by leading Wasilla to the title game in 2010. Myrl Thompson also enjoyed great success as a Wasilla head coach. Since taking over, Ottinger’s staff as kept Wasilla among the state’s elite legion teams.

On the high school side, former head coaches Thompson and Jason Terryberry helped push Wasilla to the next level. In 2017, Wasilla won its fourth straight Northern Lights Conference title. The Warriors now have won five region titles in the last six years.

That success is leading to opportunity at the next level. In the last four years, Wasilla High School has moved 12 players to the college level. That group includes former Warriors star Nolan Monaghan, who is now a pitcher at Division I Austin Peay State. Monaghan has pitched for the last three summers for the Mat-Su Miners, and helped the Miners win a pair of Alaska Baseball League titles.

The 2019 Road Warriors legion squad featured three players (Taylon Ottinger, Kyle Graham and Austin Robertson) who have played a year of college baseball, and three others (Clancey O’Donnell, Jacob Gilbert and Carson Boyett) who will play college baseball during the 2019-2020 season.

But the success in Valley baseball is not contained to just Wasilla. Great things are happening within the Colony and Palmer high school programs and the Palmer Pioneers legion program.

The Pioneers advanced to the legion state tourney for the first time in the current era of the program. Palmer High won the Northern Lights Conference title last year. Colony finished fourth in state in the spring, and has been arguably the Valley’s most consistent baseball program for decades.

Valley baseball is as strong as ever, and it’s going to be great to follow the progress on the days and years to come.