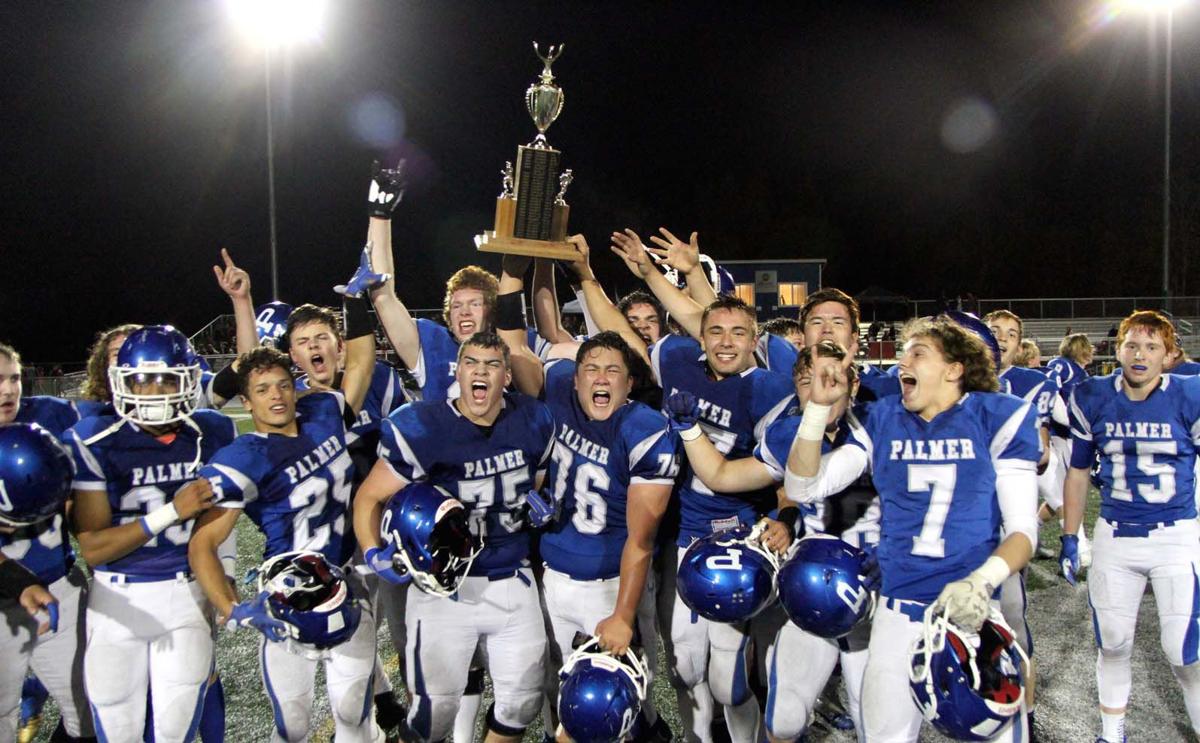 The Palmer Moose hoist the Mayor's Cup as they celebrate a 27-26 overtime victory over rival Wasilla in the 2017 Potato Bowl Friday, Sept. 29, 2017, at Palmer High School. 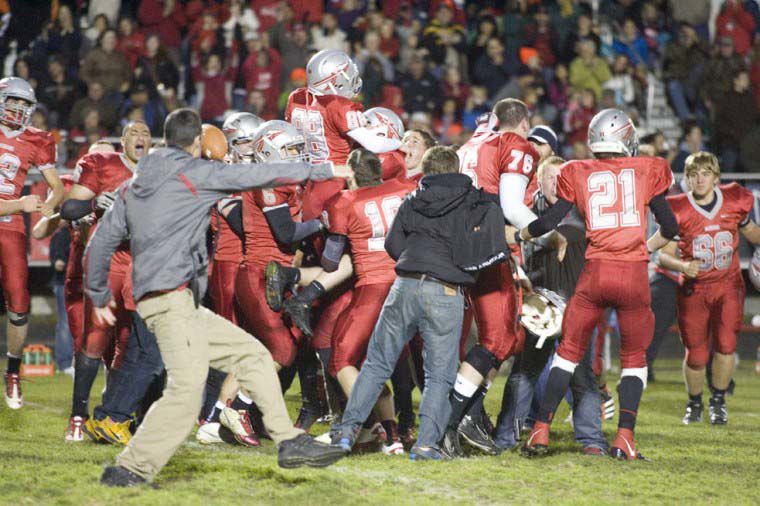 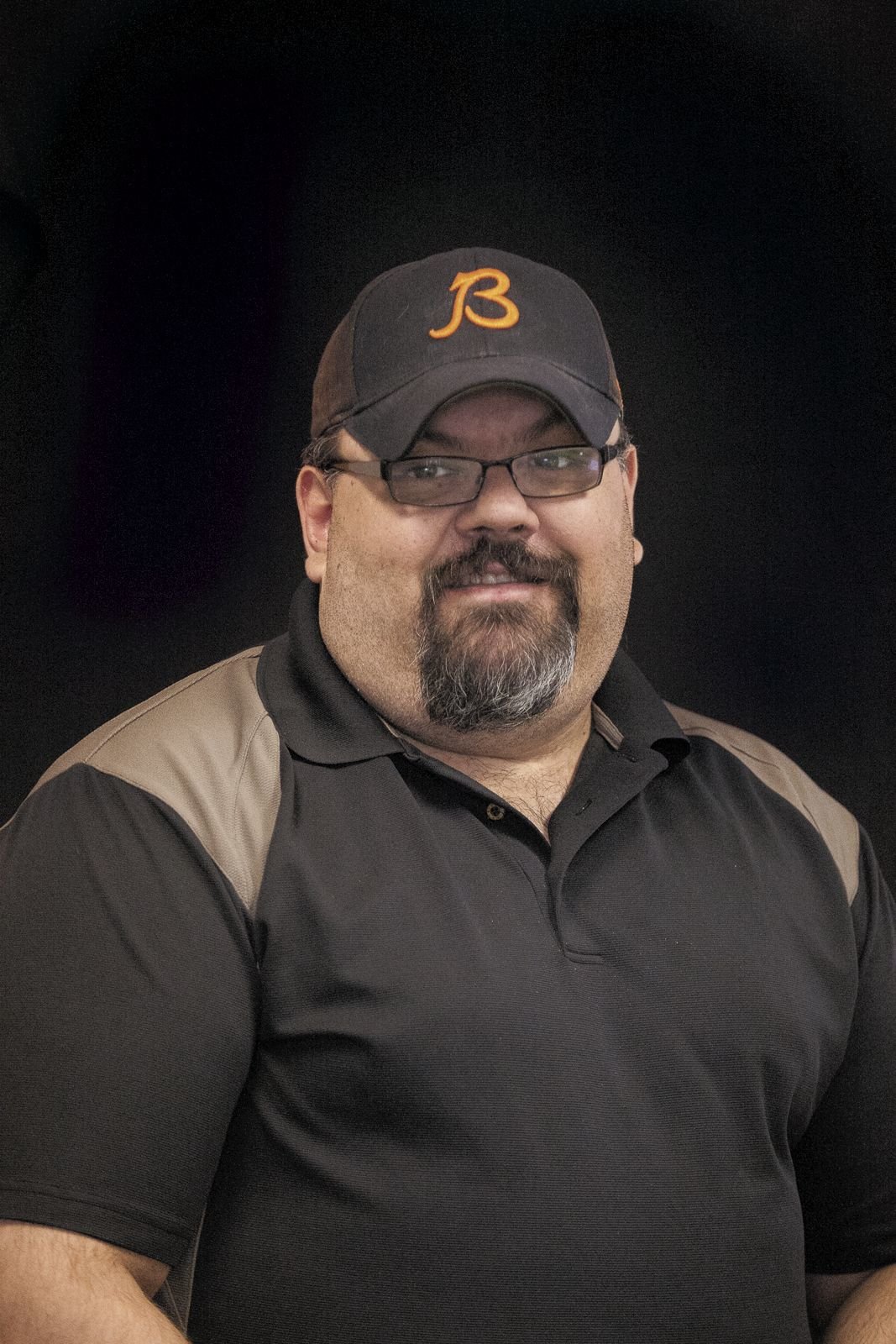 The Palmer Moose hoist the Mayor's Cup as they celebrate a 27-26 overtime victory over rival Wasilla in the 2017 Potato Bowl Friday, Sept. 29, 2017, at Palmer High School.

I have been around Valley football in one way or another for almost 30 years. The Potato Bowl, the annual Palmer-Wasilla varsity pigskin rivalry, has always been my favorite game of the season.

It’s a tradition that dates back to 1979, the first season the Valley featured two high school football squads. I’ve been a part of it as a player, fan, broadcaster and writer.

Throughout the years I have seen so much.

And then there is my favorite Potato Bowl moment of them all. In 2002, after a 21-0 win over the Warriors at Machetanz Field, the Moose paid tribute to the man the field is named for. After the victory, the Moose clutched the coveted Mayor’s Cup trophy, the traveling prize awarded to the winning team of the annual match each year. What followed is a moment etched into the memory of the thousands of spectators who circled the football field that night. In what most who were there called a spontaneous act, the Moose — followed by their captains — ran the Mayor’s Cup and the game ball to Fred Machetanz, as they cried out “Let’s get ’em Palmer” a favorite phrase of Machetanz to call from the Moose sideline, as he watched his favorite team play each fall for decades. Machetanz sat alongside his caregiver in a car parked just inside the fence to the left of the grandstand at the top of the hill that overlooks Machetanz Field.

It would be the final Potato Bowl he saw. Machetanz died about a week later.

Of all of the memories, all of the moments, I would never imagined I’d be covering a Potato Bowl during a pandemic. Things are going to be different Friday night at Wasilla High School. It’s officially the 42nd Potato Bowl, and will be one like no other. Kickoff is at 6 p.m., rather than the traditional 7 p.m. start. Just as we have had throughout the first three weeks of the Valley prep football season, amid the age of coronavirus, capacity is limited and masks are required for everyone but the players. The game typically draws thousands of spectators, but the number of fans will be capped at 700.

It won’t be a normal Potato Bowl. Or at least the normal we used to know.

Life has a new norm. We’re living the pandemic life.

The Potato Bowl is not the final Friday night of the regular season. It’s in the middle of a valiant effort to get kids on the field, despite everything that’s going on. There has also been a second Palmer-Wasilla varsity game scheduled. Valley teams are only playing against squads within the Mat-Su Borough School District. Palmer will host Wasilla on Oct. 2, but Friday’s clash will be considered the official 2020 Potato Bowl. So there should not be a repeat of 1984.

To this day, the 1984 Potato Bowl continues to be a topic of debate. The Palmer-Wasilla game was originally scheduled for the end of the regular season. Before the season, a second game was added at the beginning of the season. Wasilla won that game 12-8, and the Warriors called that game the Potato Bowl. Palmer High School called the second game, a contest Wasilla forfeited, as the Potato Bowl. More than 40 years later, the rivals agree to disagree. Through 41 years, Palmer claims a 31-10 Potato Bowl record. Wasilla boasts an 11-40 mark. Each school even has a separate placard for the Mayor’s Cup, the traveling trophy.

It will be different, no doubt. But as I have said for the last several weeks, at least we have football. And as different as it has been, a pandemic can only add to our list of Potato Bowl memories.

So what I'm hearing is that there will be a second P vs W game and if Palmer wins, we can claim a *PB win.[batman]