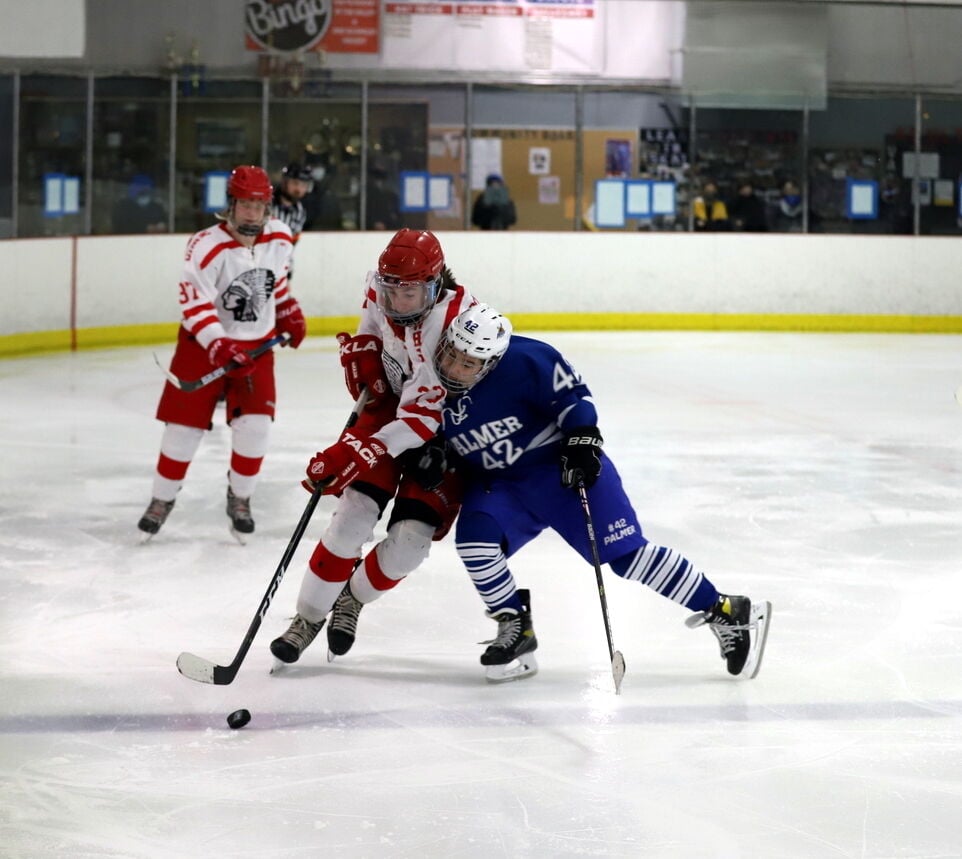 Wasilla's Brett Woolcott absorbs a hit from Palmer's Matias Broughton during a 4-2 win over the Moose. 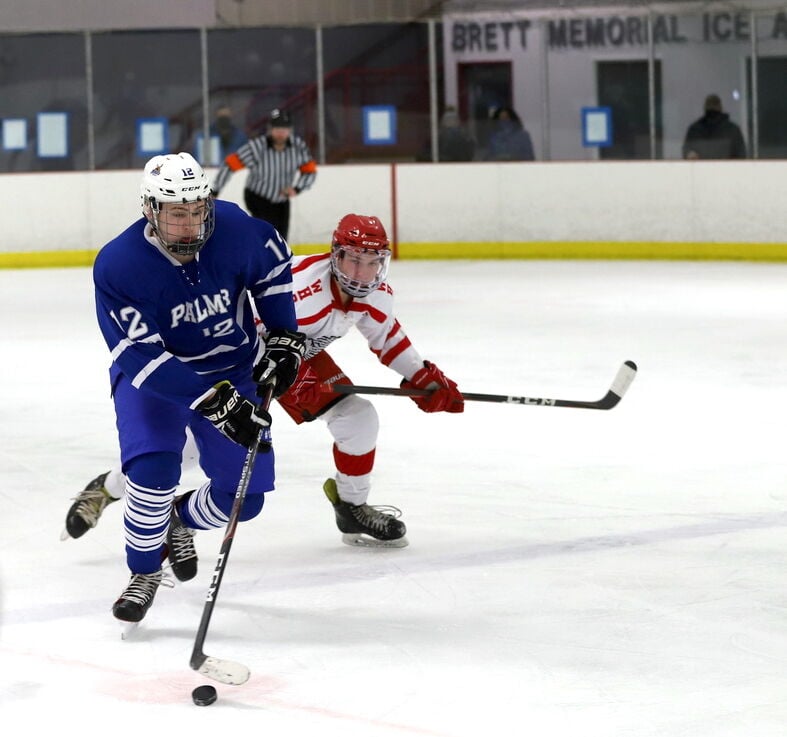 Palmer's Noah Stoll brings the puck up the wing during a 4-2 loss to Wasilla.

Wasilla's Brett Woolcott absorbs a hit from Palmer's Matias Broughton during a 4-2 win over the Moose.

Palmer's Noah Stoll brings the puck up the wing during a 4-2 loss to Wasilla.

The Wasilla Warriors used a pair of power play goals to score a 4-2 win over rival Palmer Wednesday at the Brett Memorial Ice Arena in Wasilla.

Holden Wiltfong tallied the game-winning goal with the man advantage with just more than 12 minutes left in the third period. Roman Holler scored on the power play midway through the second for Wasilla. Sayer Sanders and Austin Peterson also scored for Wasilla. Sanders gave the Warriors the 1-0 lead early in the second. Peterson’s goal, an empty-netter, came with 28 seconds left in the game.

Carter Greco and Jeremy Horacek scored for the Moose. Greco added an assist in the loss.

Wasilla outshot Palmer 28-11 in the win, including 17-4 in the third period. The teams combined for eight shots in the first. Wasilla’s Jakob Barcelona made nine saves in the win. Palmer’s Joseph Horacek stopped 24 pucks in the loss.