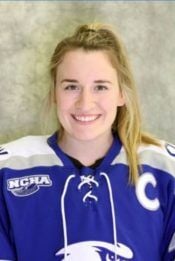 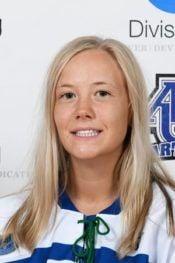 Ally Hull and Olivia Matson are both Wasilla products and now both are members of the Northern Collegiate Hockey Association Women’s All-Conference Team.

They were among the six forwards named to the all-conference team for the NCAA D3 league.

Hull had one of the greatest offensive seasons in Concordia Wisconsin history after netting a career-high 15 goals and eight assists for 23 points in 19 games.

Her 15 goals rank No. 3 on the school’s single-season all-time list.

A two-time NCHA Player of the Week, Hull shattered the CUW single-game points record with eight on four goals and four assists against Lawrence in February.

The Concordia Wisconsin senior class tied the program record with 43 career victories. The Falcons soared to new heights in 2021 with the highest NCHA finish in program history and reached the NCHA Slaats Cup Semifinals for only the second time.

Matson led Aurora in scoring with 12 points on four goals and eight assists in 13 games.

Last year she was second on the team with 18 points.