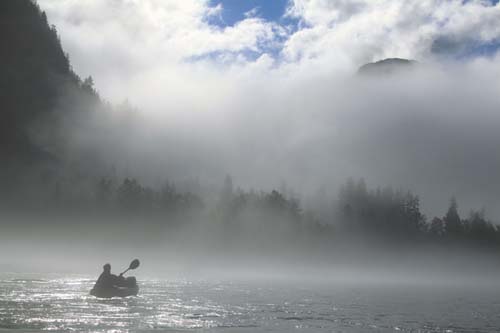 Floating down the Chikamin River. 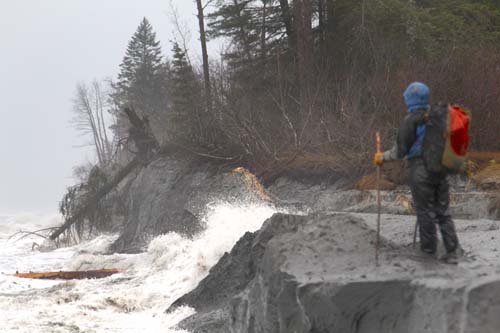 Near the edge of Malaspina Glacier, erosion is so rapid that even the bear trails can’t keep up and forests wash into the sea. 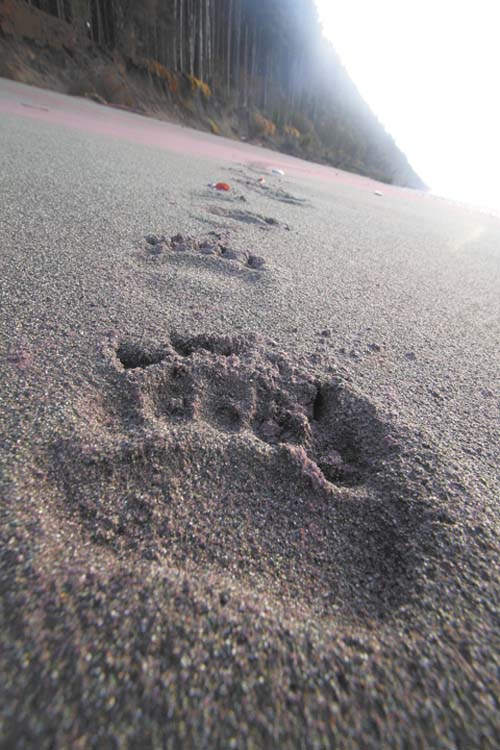 Bear tracks across garnet sand on the Gulf of Alaska.

Floating down the Chikamin River.

Near the edge of Malaspina Glacier, erosion is so rapid that even the bear trails can’t keep up and forests wash into the sea.

Bear tracks across garnet sand on the Gulf of Alaska.

WASILLA — Composer Phil Munger finds inspiration in the most varied of places.

His cantata “The Skies are Weeping” was inspired by Rachel Corrie, who was killed by a bulldozer demolishing a house in the Gaza Strip in 2003. He wrote a ragtime piece in tribute to a conductor friend — and ragtime fan — Gordon Wright, who was found dead on his porch during a cold snap in 2007.

“He was sitting on his porch frozen, sitting on top of this casket he’d made for himself years ago because he was 6-feet, 8-inches (tall)” and he didn’t want to be buried in a casket where they’d have to bend his knees,” Munger said, describing how Wright’s friends wound up putting him in that casket to carry him down the hill his house sat on.

“They got so tired from doing it that eventually they started sliding him down the hill.”

Munger, who hails from Neklason Lake, designed this latest programmatic piece to be performed by a youth symphony. It is called “The Wild Coast” and draws inspiration from a trip a couple of friends took hiking, skiing and pack-rafting from Seattle to Unimak Island in the Aleutian chain.

Husband and wife team Bretwood Higman and Erin McKittrick of Seldovia have since published a book and participated in a documentary about the journey. They’ve also founded an organization, Ground Truth Trekking, that ventures into remote areas of Alaska to promote understanding of natural resource issues in the state.

Munger said he found one stretch of the journey, between Yakutat Bay and Controller Bay, to be enthralling.

“Nobody lives there. People used to live at Icy Bay, but the logging operation closed down,” he said.

The piece he wrote tells that part of the story.

The Anchorage Youth Symphony, which actually commissioned the work, will perform it Tuesday at the Atwood Hall in the Alaska Center for Performing Arts in Anchorage.

“The Anchorage Youth Symphony played another piece of mine called ‘Lamentations’,” he said. “For a town the size of Anchorage, they’re really good.”

Oddly enough, Munger won’t attend. In addition to his work as a music professor at the University of Alaska Anchorage, this year he’s also conducting an orchestra.

“Our last rehearsal before our winter concert is Tuesday and I just can’t farm it out to anybody,” Munger said.

But unlike the early days of conducting, Munger said he has a pretty good idea of what the piece sounds like. Composing at a computer is worlds away from composing at a piano. He said he’s able to hear what he writes as he goes through the magic of digital sampling.

“I pretty much have a good idea of what it is going to sound like,” he said.

Munger, who, aside from composing, has some degree of notoriety as a political blogger at Progressive Alaska, said computers are marvelous things.

“Writing music at the computer tends to be about seven times as fast as writing it out by hand,” Munger said.

WHERE: Atwood Hall at the Alaska Center for Performing Arts

A piece inspired by Rachel Corrie? The U.S-hating Palestinian terrorist supporter darling of the Israel-hating Left Rachel Corrie? I think I'll pass on that one.