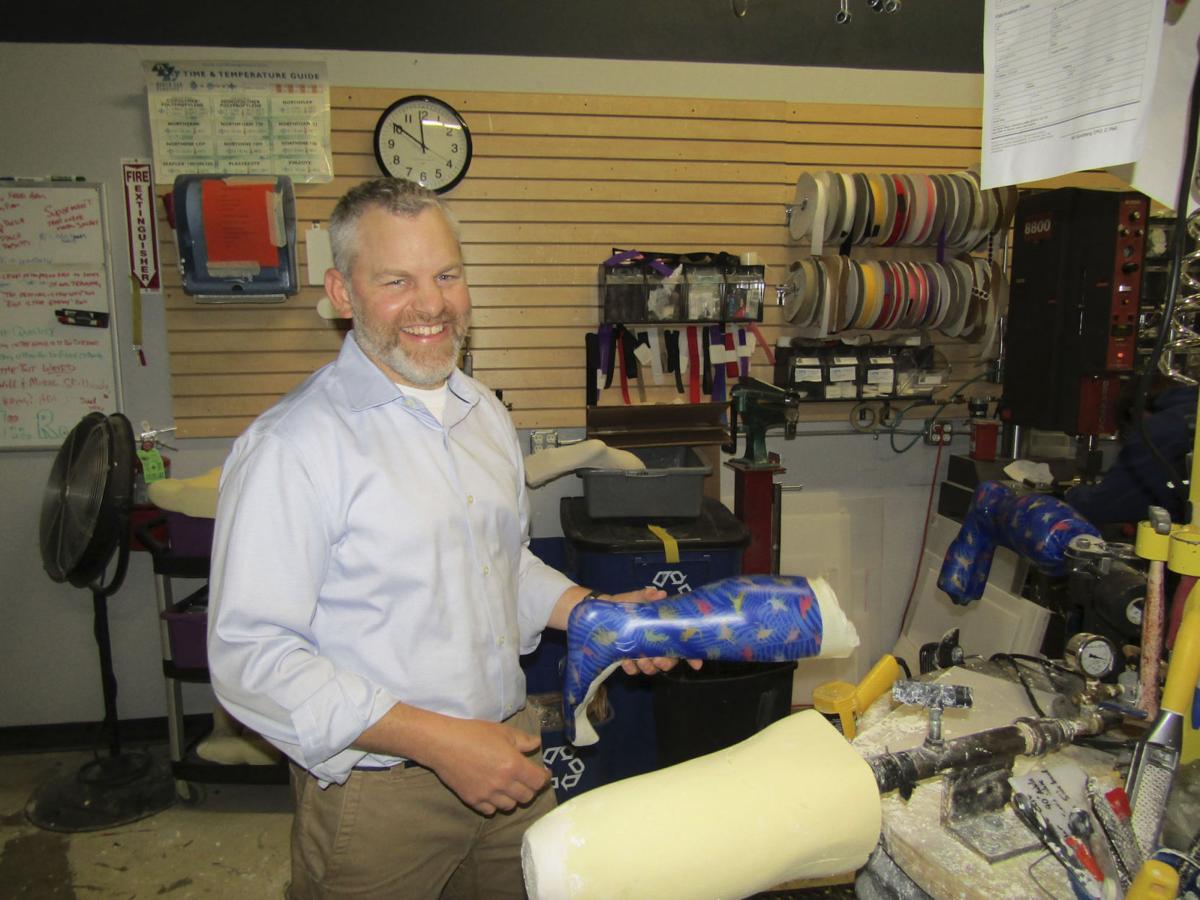 Wil Sundberg is the owner of Alchemy Orthotics and Prosthetics in Anchorage with a satellite office in Fairbanks. 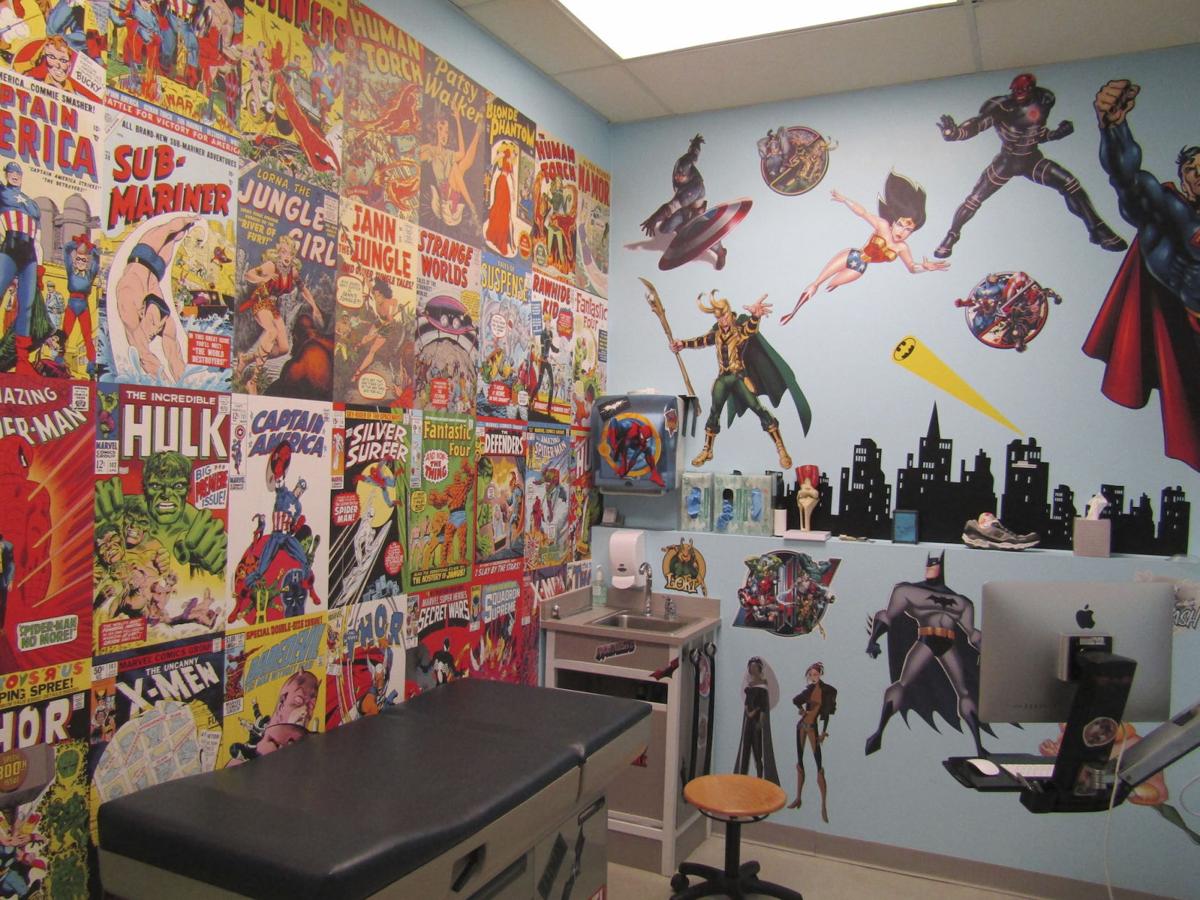 The exam room at Alchemy Orthotics and Prosthetics

Wil Sundberg is the owner of Alchemy Orthotics and Prosthetics in Anchorage with a satellite office in Fairbanks.

The exam room at Alchemy Orthotics and Prosthetics

Wil Sundberg has a difficult time describing to his young children what he does for a living. Once, a client visited Sundberg’s home and left with his new leg, leaving behind the old one.

“Dad, your friend left his toes!” his daughter squealed.

A certified orthotist and prosthetist, Sundberg crafts arms, legs and braces. He estimates that about a dozen people in the state of Alaska share his profession.

Forty-two-years old with a beard and a mischievous smile, Sundberg is the owner of Alchemy Orthotics and Prosthetics in Anchorage with a satellite office in Fairbanks.

Sundberg says that 80 percent of his work is orthotics (straightening) while the remaining 20 percent is prosthetics (replacing).

A native of Minnesota, Sundberg says he was not a good student and preferred to work with his hands. Sundberg’s mother suggested orthotics. It was a good fit and eventually led him to Alaska. He opened Alchemy in 2007.

Despite Sundberg’s extroverted personality and off-beat sense of humor, he is not the most popular one in his office. That honor goes to Maeve, Sundberg’s blonde labradoodle.

“It’s inconvenient when Maeve is not at the office,” Sundberg shares. “Patients occasionally say, “I would have rescheduled if I had known the dog wouldn’t be here.”’

Sundberg’s workshop is like Dr. Who’s Tardis, it’s bigger on the inside. After passing two elaborately decorated exam rooms (one is plastered with comic books and the other is an ocean-themed wonder) the building opens up into a warehouse sized space. Prosthetic legs and arms along with Styrofoam heads for baby helmets are scattered across the work space.

The shop houses an oven, a machine that sculpts Styrofoam blocks into 3D molds, a computerized gait mat with cameras, and various drills and grinders.

Unlike many providers, Sundberg makes his custom devices on-site. He believes in using hand skills while incorporating as much technology as possible. This allows him to maintain control of the product and avoid shipping costs and delays.

Because all work and no play makes Sundberg a dull boy, his workshop also houses a nerf gun collection, hockey goal, basketball hoop and disco ball.

People often ask Sundberg if his job is depressing. Absolutely not, he says.

“The worst thing has already happened.”

One of Sundberg’s goals as a practitioner is to “get people comfortable enough to complain.” He explains how tiny adjustments can make a big difference in patient comfort.

“We can’t try the body on,” Sundberg says. He and the patient must work together to achieve the ultimate fit.

After the patient leaves the appointment, it takes one to four hours to design and fabricate a device.

For Sundberg, insurance is the hardest part of the job. Medicaid and Medicare mandate the price of his labor.

While insurance reimbursements remain relatively the same, the phone bill, material costs and the office lease go up every year.

“I try not to stay up at night thinking about it,” Sundberg says.

Despite the stress, he enjoys his job, particularly the variety he encounters.

“We see children to grandparents, quadriplegics to people who have toe pain,” Sundberg says.

He gets satisfaction out of seeing their lives improve. Whether the issue is large or small, Sundberg appreciates that his clinic can make a difference.

“We don’t mind if they (products) come back looking broken or worn,” Sundberg says. It means his devices are comfortable and doing their job.

Sundberg finally paid off his student loans after fifteen years of working. The next generation of orthotists/prosthetists can expect even higher educational debt.

They say it’s not unusual for someone graduating in their field to accrue $100,000 in student debt.

“I’m tempted to live out of my van,” Moores says.

Melinda Munson is a Co-Conspirator with Alaskafamilyfun.com. Reach her at Melinda@tripodcommunications.com.

The Frontiersman News APP is now available in your APP store