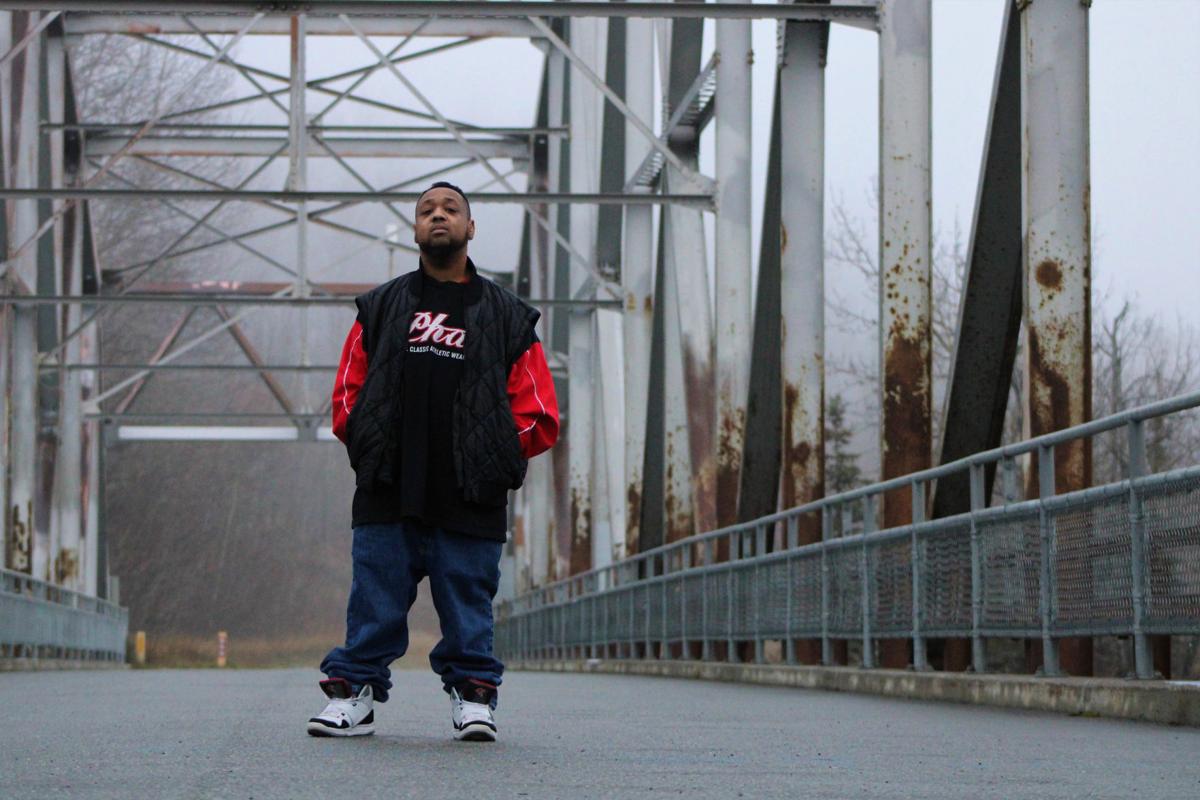 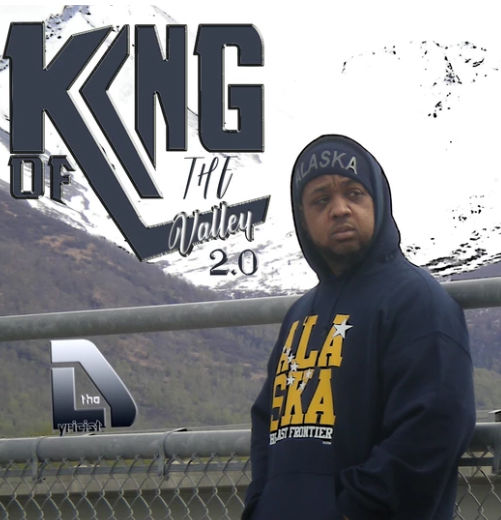 PALMER — Palmer rapper Devon Shaw has come a long way from selling cds of his music out of his locker at Palmer High School in the early 2000s.

Shaw has had an illustrious career and been instrumental in the growth and cultivation of the hip hop music scene in Alaska. Shaw raps under the moniker ‘D The Lyricst,’ and recently came out with a music video called “Hills & Valleys (Not alone)” with Ground Zero Labs directed by Jeremy Stegman. D named his most recent album King of the Valley 2.0 and is back to dominating the Alaska rap scene after stepping away from music for two years.

Shaw’s early love of music came from hearing his mother sing motown songs in the kitchen. He and his brother became fans of early rap artists, and while Shaw’s brother became interested in the East coast style of rap, Devon immediately became enamored with the midwest sound of Bone Thugs N Harmony.

“The first one I heard was 'Thuggish Ruggish Bone' and that was amazing because I had never heard somebody sing and rap like that, you know what I’m saying so like the first time that I heard that it blew my mind,” Shaw said.

Shaw was selling cds of his own music out of his locker at Palmer High School when he teamed up with Justin Odom. With the late Keith Aumavae as their first producer, Choze and D the Lyricist would begin a rise to the top of the Alaskan hip hop scene.

“We were creating a scene as we were going along so the whole unite the north thing, unite the north is less of a name more than it’s a philosophy that me, C and JJ j have shared throughout the years and it’s just one appropriate union could change everything that’s what Alaska was missing,” Shaw said.

Shaw and Odom had to develop their own hip hop scene. UTN played shows at the Meta Rose Square as part of Josh Fryfogle’s Make-A-Scene Magazine. Paired with other available acts, UTN found early fans in peculiar places.

“Our first shows, Josh Fryfogle didn’t know what to do with us because we didn’t have enough material to fill out a four hour slot which was what he was running so he used to team us up with a band called atrocity and we did a lot of shows with atrocity and they were like a metal band, like screamo metal death metal. So our first fans were all metalheads,” Shaw said.

Shaw, Odom and MC Mr. C developed a following among hip hop fans in Alaska in the late 2000’s and helped to reshape the Alaska hip hop scene. Shaw describes the early days of Alaska hip hop as very segregated between Fairbanks and Anchorage. As the only hip hop act in the Valley, UTN helped to bring the scene together.

“Artists up here have always kind of reflected the west coast sound or whatever the west coast movement was doing at the time and we didn’t sound like that. We were flipping harmonies and rapping fast and we had choreography in our sets so we were real polished even at a young age so we stood out, and a lot of times we would get hated on,” Shaw said. “UTN was always neutral, like we messed with everybody, like we didn’t have any enemies. We never did.”

With UTN, Shaw was able to rise to heights that no rappers in Alaska had ever seen before. With Alaska Redd, UTN put on the longest hip hop tour in Alaskan hip hop history and opened the Borealis Theater at the Alaska State Fair for both Sean Kingston and Kendrick Lamar. No local artists had ever opened for a national act at the Alaska State Fair.

“When we did Sean Kingston in 2008, that was when everything changed,” Shaw said. “When we did the Sean Kingston show and you’re standing on that stage and we’ve got 3,000 plus people screaming UTN and they boo the main act, that’s something. I think that was the point when collectively as a group we’re like, 'we have something here.'”

In 2015, Shaw was diagnosed with kidney failure and took two years away from creating music. The dark time also inspired some dark music, an album Shaw produced that he still will not listen to to this day.

“When I almost died in 2015 that was pretty much, that’s kind of like when I was reborn at that point because I had decided that if I’m going to live, I’m going to live and be happy and I’m going to do what I love to do to the best of my ability and be the best father I can be while I’m here so I just dedicated my life to being the best me I can be. So in a strange way me getting sick was like the best thing to happen to me,” Shaw said.

Shaw helped to launch Rhymefest in 2015, given just a month and a half to promote the project. Now in its fourth year, Rhymefest helps bring together hip hop artists from around the state and cultivate a collaborative atmosphere around hip hop music.

“The reason we built rhymefest was to bring the scene together. Like the first Rhymefest we did there were artists from Anchorage that didn’t even know these artists from Fairbanks and they’re sitting there politicking and then collaborations started happening and it was awesome to see that because the scene became so important to me, like I became a piece of watching the scene flourish and I guess my motivation now is just the fact that it’s off of the love of the music and I also want to show my kids that you put your mind to it anything it is possible,” Shaw said.

Shaw is currently signed with 3301 music group and is currently working on a project with Lt. Ike $aid that will be released soon. Shaw has been appearing on the Mr. O show on 106.1 and collaborating with Ground Zero Labs. The most recent D the Lyricist album is titled ‘King of the Valley 2.0.’

“I think my legacy is the name of my album, the king of the Valley,” Shaw said. “I don’t ever think that I’m better than anybody, I don’t think I’m the best rapper in the world, but I’m dope.”

After decades in the music scene, Shaw and his brothers who are also rap artists in Fairbanks talked about creating a song telling their story from the perspective of each brother. Shaw was cleaning his house with his wife and heard a song called Hills and Valleys by Tauren Wells.

“It literally stopped me in my tracks because when I was listening to the song, it started reminding me of growing up here,” Shaw said. “I stayed the night in the studio, I stayed at O’s house in the studio that night and I wrote the song that night and I stayed up all night just writing it and rehearsing it and the minute O woke up at about 8:30 in the morning I was like get up to the studio and I dropped it, first take boom, each verse, and then we sat on it and worked on that song for like three days straight until we got it perfect.”

After starting a hip hop scene in Alaska and meeting some of his greatest influences, D the Lyricist has returned to health to add his verses to the Alaska rap scene.

“I stay plugged into the scene, I’m a fan of these artists and that’s why we do rhymefest. We’re a fan of these people. We’re a fan of this scene,” Shaw said. “That’s what I want my legacy to be is when people finally get to hear and get to look at Alaska for the true beauty that it really is, the reality, the music, that part of our culture. When that finally blows up because it’s going to blow up, we have so much talent up here when that finally happens, I just want to be known as one of the dudes that was a part of that taking pride in making that happen.”