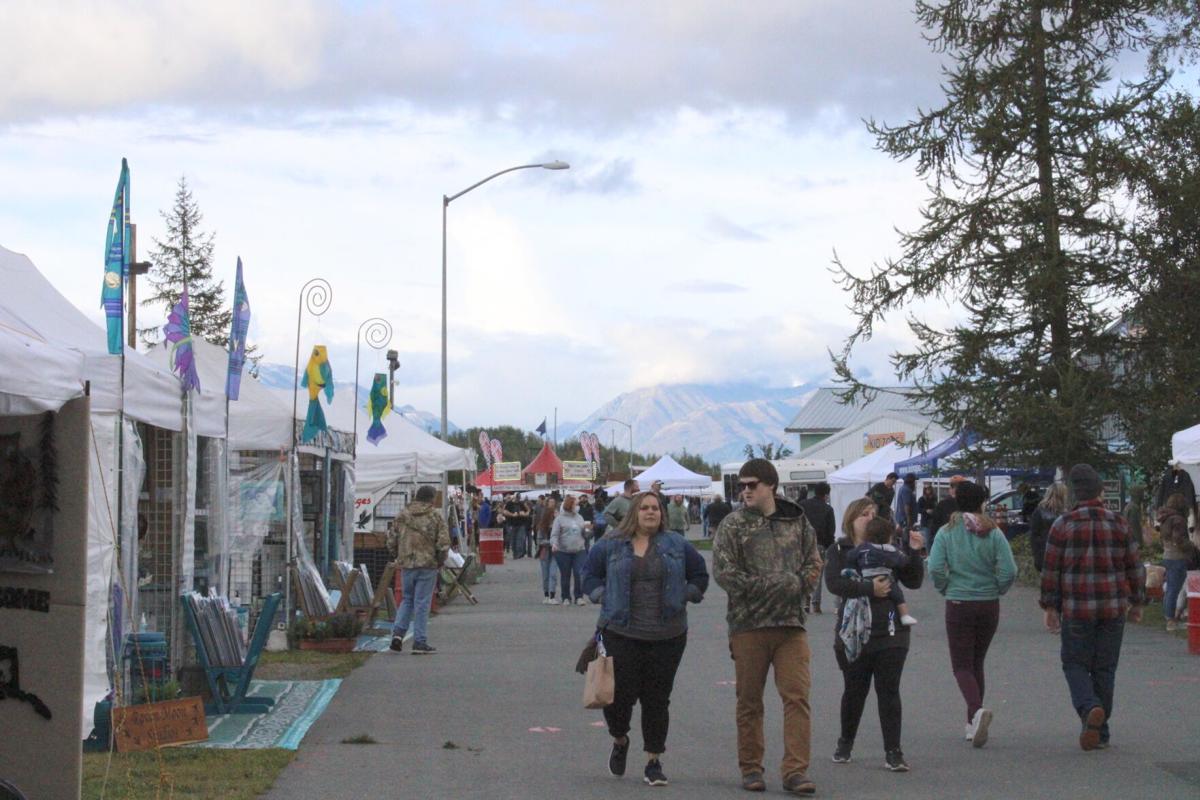 The Alaska State Fair is hosting Harvest Fest, a smaller version of the annual state fair. It continues through Sunday. 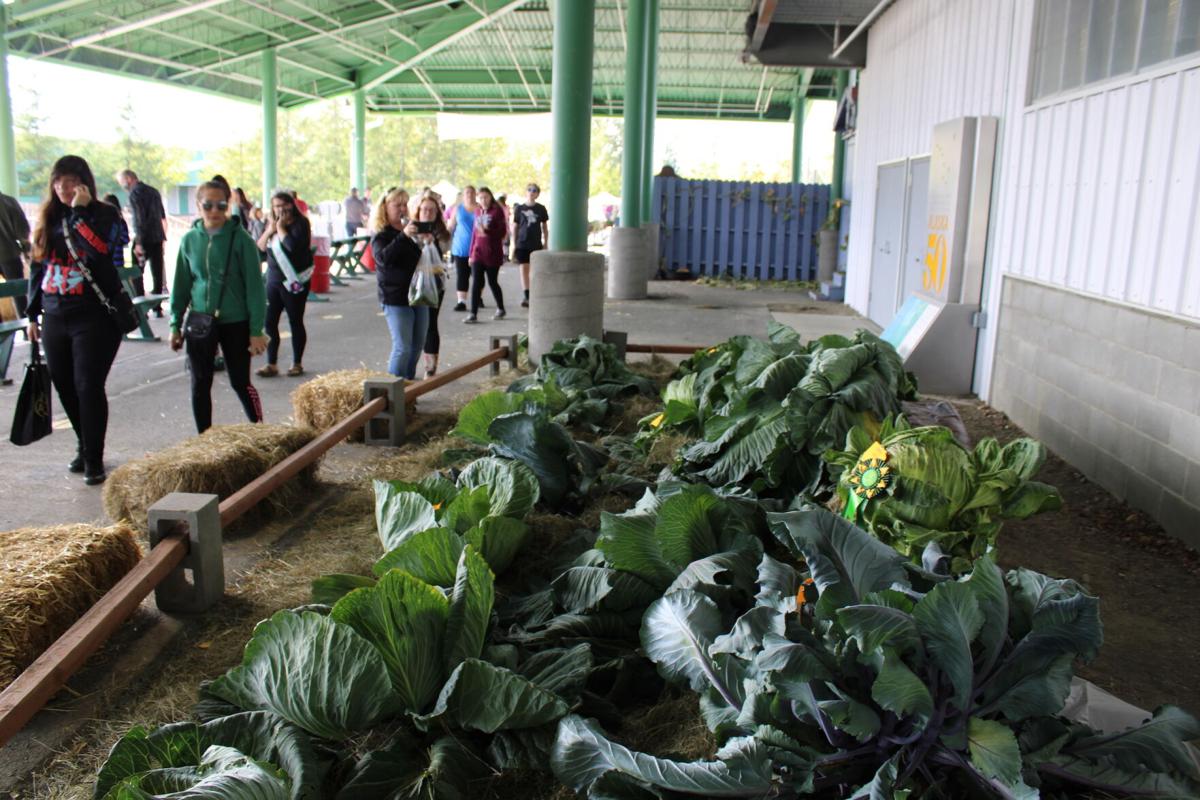 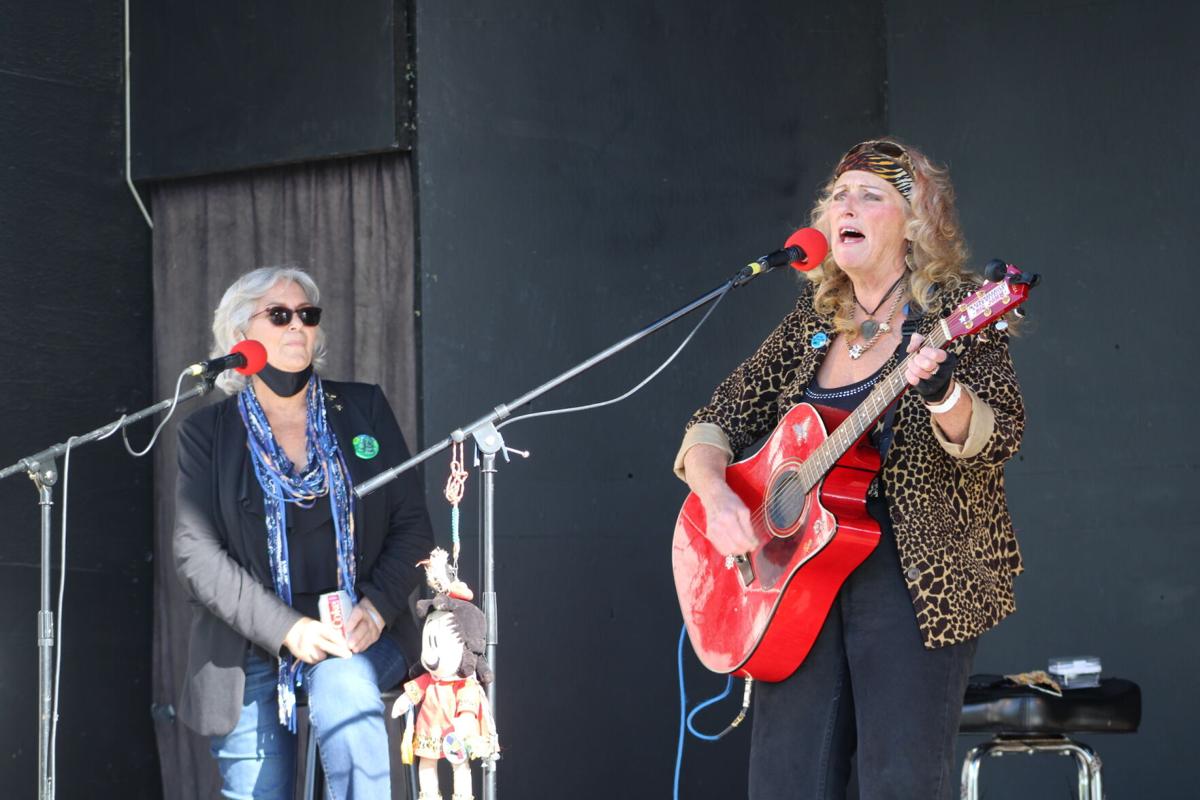 Local musician Lulu Small was among the performers on the first day of Harvest Fest.

The Alaska State Fair is hosting Harvest Fest, a smaller version of the annual state fair. It continues through Sunday.

Local musician Lulu Small was among the performers on the first day of Harvest Fest.

PALMER — The Alaska State Fair kicked off its three-day Harvest Fest Friday afternoon with events and performances throughout the day, accompanied by dozens of vendors both new and familiar to the grounds.

“It was perfect. We recommend it to everyone. We love the Harvest Fest,” Eagle River mother Sharice Bradley said.

Bradley came to the festival Friday afternoon with her family and friends. She said they spent the whole day covering a lot of ground with all the kids, jumping from one activity or contest to the other, from taking pictures in front of the giant vegetables to learning about geese in the livestock barn.

“We had a lot of fun today,” Bradley said.

Bradley and her daughter took second place in a look alike contest and one of her friends and her daughter won first. She said that one of their group’s teams took first place and the other group got third in the scarecrow contest.

Bradley and her family moved to Alaska from the Lower 48 last year, and this was their first exposure to the Alaskan state fair experience. She said that she’s excited to come back next year when everything she loved about Harvest Fest is back in force.

“Alaskans should do this every year,” Bradley said. “I went to fairs when I was a kid. It’s something I want my kids to experience. It’s a tradition I guess.”

The Button Guys Photographer Ian Gallagher said it was nice to be back on familiar grounds.

“It feels good,” Gallagher said. “It’s pretty cool. It’s pretty low key. It’s not quite the fair but it’s got some fair vibes going on.”

The Button Guys are one of several longtime fair vendors participating in Harvest Fest throughout the weekend.

“We haven’t seen a whole lot of them, but it’s nice to see some familiar faces,” Gallagher said.

Local musician LuLu Small has been playing music in the Valley for over 42 years. She was one of several Valley acts participating in Harvest Fest.

Small has played at the fair for many years. She noted this was her first time playing at the Colony Stage, and that she liked the acoustics and grass field for people to spectate from. She also played the Borealis Theatre alongside other local musicians. For numerous acts, Harvest Fest was one of the few chances to play in front of a live audience.

“Us being the performers, we need that outlet as well,” Small said.

Small said that she’s limiting her number of gigs due to COVID-19, especially indoor venues. Small noted that she’s looking to reinvent her career to be more of a “homebound artist” with the given circumstances. She’s done several Facebook Live concerts and expects to hold more.

Small said that in spite of the socially distant, scaled version everyone had to work with this year, it was nice to be around fellow Alaskans with less crowds and tourists.

“I mean, come on, look at all this elbow room,” Small said.

Harvest Fest continues all weekend, wrapping up Sunday at 8 p.m. Activities and event schedules including those at Rebarchek Agricultural Park, a historic farm property that made its official debut to the public’s ASF experience this year can be found online at alaskastatefair.org/site/harvest-fest.

How will you vote in the 2020 general election?