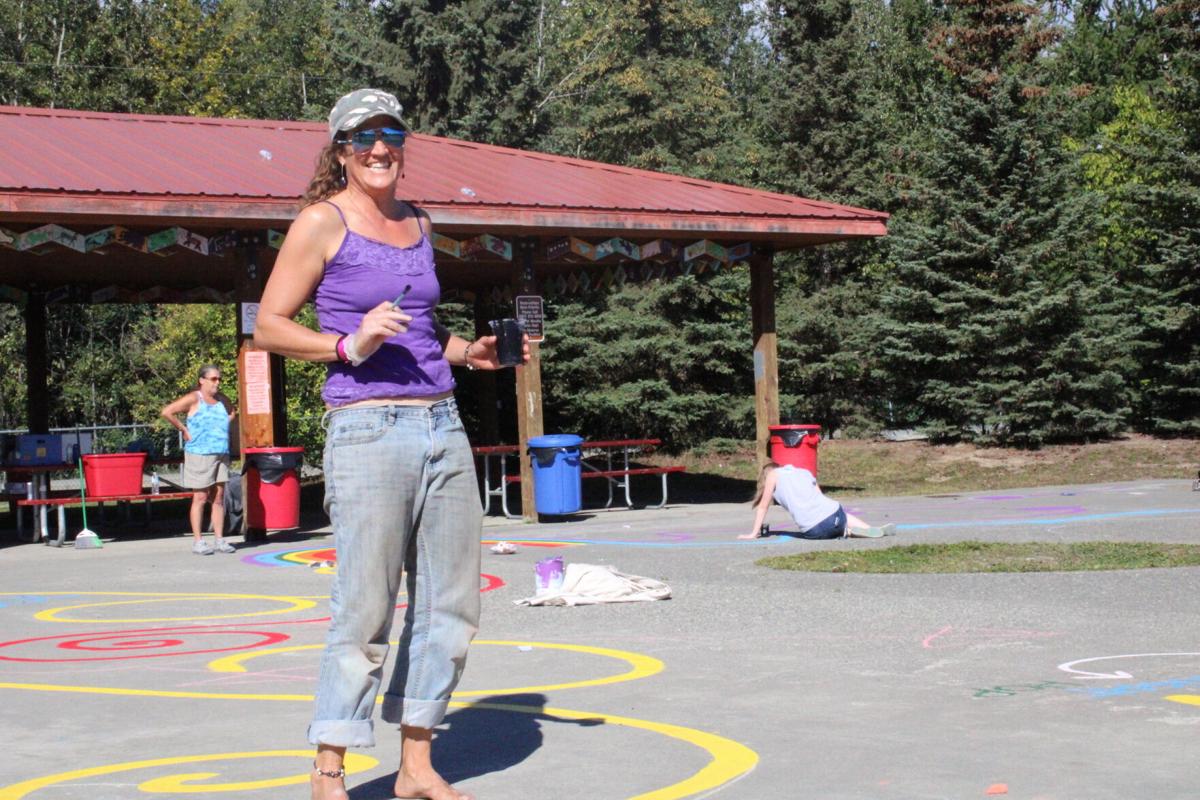 Traveling artist Holly Gittlein works on a community art project commissioned by the City of Wasilla with several teens from MyHouse, the Valley’s sole homeless youth shelter and resource center. 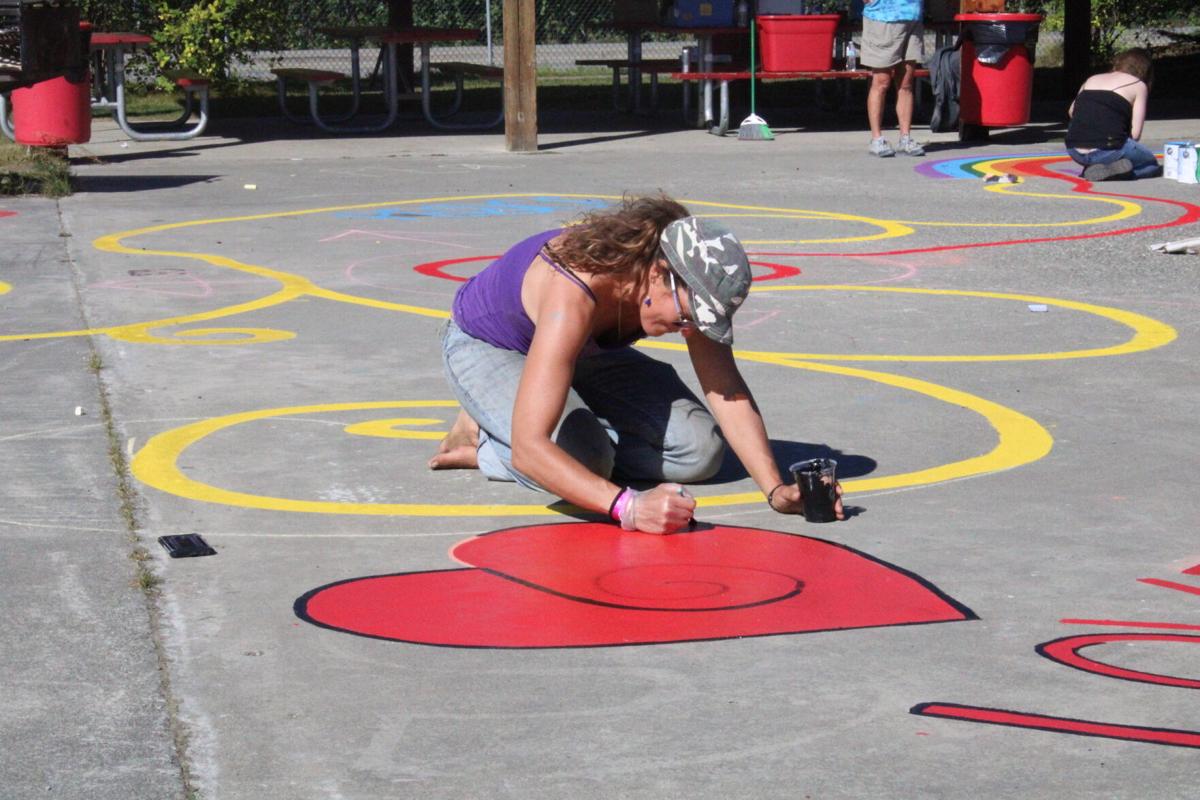 Traveling artist Holly Gittlein paints a heart during a community art project commissioned by the City of Wasilla with several teens from MyHouse, the Valley’s sole homeless youth shelter and resource center.

Traveling artist Holly Gittlein works on a community art project commissioned by the City of Wasilla with several teens from MyHouse, the Valley’s sole homeless youth shelter and resource center.

Traveling artist Holly Gittlein paints a heart during a community art project commissioned by the City of Wasilla with several teens from MyHouse, the Valley’s sole homeless youth shelter and resource center.

WASILLA — Traveling artist Holly Gittlein recently participated in a question and answer session while working on a community art project commissioned by the City of Wasilla with several teens from MyHouse, the Valley’s sole homeless youth shelter and resource center.

Gittlein is one of the founding members of MyHouse. She recently returned to the Valley from her travels abroad and plans to stay here for the remainder of the summer working on community art projects.

Mayor Bert Cottle and city officials provided paint to MyHouse requesting an artistic touch up to the red pavilion area near the Wonderland Playground. Gittlein and several local MyHouse clients spent numerous hours painting colorful images and games like Twister and hopscotch onto the pavement.

Below is a question and answer interview with Gittlein discussing the recent art project, her background as a professional artist, and creativity in general.

Q: So what’s going on with this art project?“The city wanted to do something for games on the ground kinda dress up the area… We create these spaces for people to enjoy and hopefully find inspiration.”

Q: How’s it been?“It’s really great to work with these kids. We came in with some designs in mind, but it’s all free flow you know… Everybody’s putting a little bit of magic into it. These kids love this stuff and it’s an opportunity for them to do something for the community... We all come together and make something beautiful.”

Q: So you’re one of the founding members of MyHouse, what’s your current status with them?

“I’m like an honorary board member right now because I do a lot of international traveling.”

Q: What drew you to MyHouse?“I’m really dedicated to the vulnerable and protecting those who don’t have a voice… These kids embody resilience. I’ve known some of these kids for like five years or more… They really do contribute, and that’s one of the most amazing things about this organization, the success ratio.

Q: So, you’re a professional artist?“It’s how I make a living… I haven’t had any real training in art. It’s just something I did myself, but I was just so successful at it, and it allows a lot of freedom and liberty to run my own business.”

Q: How did you end up gravitating to art as a career?“I sort of fell into it. I was working as a fisheries biologist on the Alaskan Peninsula seasonally. I came in and my uncle has a steel erection company. One of his mechanics was making yard art, and I thought oh that looks like fun, so being obsessed with salmon I started making some steel salmon. I had a friend who brought into a gallery. They asked me to bring anything and everything I had in there, starting selling left and right.”

Q: What’s one of the biggest benefits you’ve received from art over the years?“I think art is a universal language, and I consider myself a citizen of the world. I’ve been to a lot of different countries… Most of my art is really based in nature... With my background as a scientist, I realized there’s a big gap between science and the public. Science is really difficult to communicate, and I feel like art can really fill in that gap.”

Q: Do you have advice for upcoming artists?“Stay true to your art, and down be afraid to get it out there… Find your niche and stay dedicated to your cause… I think that’s what are as humans. We create. Everybody is a creator.

Q: How would you encourage others to express themselves creatively?

Mostly it’s through doing things you love. Life is about love… Follow your own heart and what you love. Of course, I’m gonna say it’s nature being close to nature. The one solid truth out there is nature. A tree is a tree. A rock is a rock. Anchor yourself in that and point your compass north.”

Q: How would you encourage families to foster their children’s creativity?“Set aside some time everyday. Just get the colors out get the papers out and just do it or get out I nature... maybe it’s making a little teepee in your yard.”