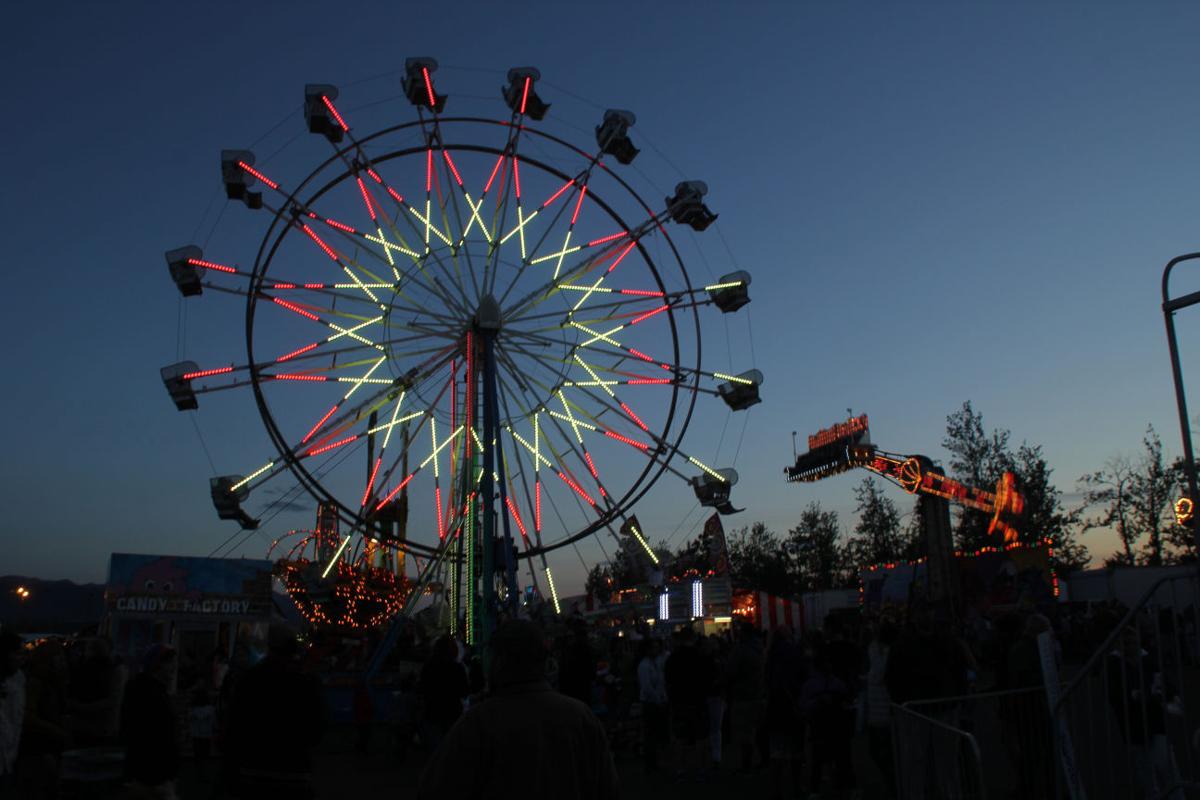 The Alaska State Fair’s liquor license has been renewed for the next two years. 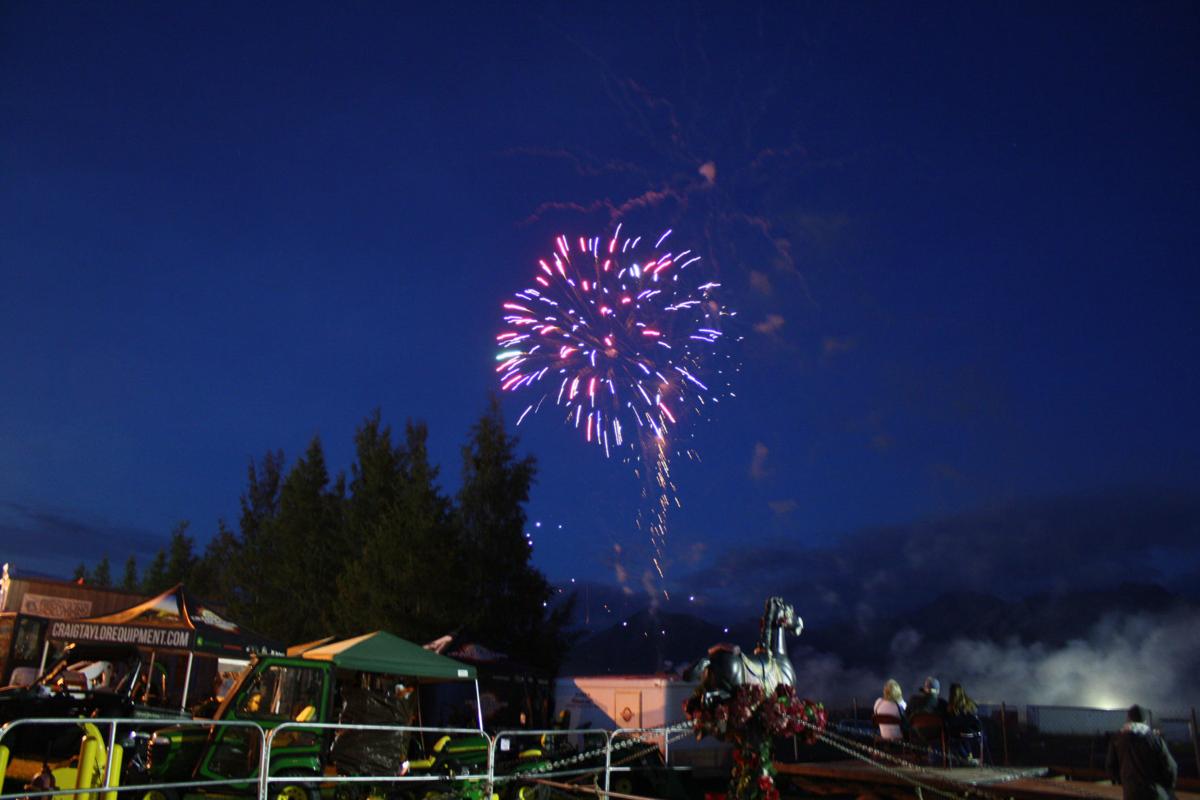 The Alaska State Fair’s liquor license has been renewed for the next two years.

“The good that will come out of it is that we did our part to prevent the spread of this virus and hopefully make it end sooner. You know, that’s really what it was all about. It was a difficult decision but really it was the only decision it was the right thing to do,” said ASF CEO Jerome Hertel.

The ASF announced on Friday that they would not hold the fair this fall that has been in the planning stages since after the 2019 fair ended in September. With 300,000 visitors during the 12-day event annually, Hertel and the Board of Directors for ASF weighed if they could ensure safety of customers, employees and vendors, financial impacts and consumer confidence in going to the fair this fall before deciding to cancel. Hertel said that leadership at ASF began meeting more frequently as the coronavirus made its way into Alaska in March.

“When it first came out we had quite a bit of confidence that hey, our fair is late in August. We should be able to weather this,” said Hertel. “The more it went on you know the more we realized that this was going to be something that we had to really take a serious look at.”

Many state fairs in the Lower 48 are subsidized by the state government, which is a luxury that ASF does not have. Hertel said that ASF leadership began discussing what the fair could look like with smaller percentages of people. Employees examined how programming could be changed to take different safety measures and follow Centers for Disease Control guidance, sanitizing and washing down rides and changing food preparation procedures.

Hertel said that the Borealis Theater performances were a huge concern, and examined if it would be feasible to sell less than 1,000 tickets rather than nearer to 5,000.

“Would people feel safe about coming back to the fair? Would it be the same experience for them so looking at all of those factors that’s kind of what we based our decision on,” said Hertel. “The good thing is you know we did our part to prevent the spread of COVID-19.”

As Alaska has collectively flattened the curve and curtailed community spread of coronavirus, Gov. Mike Dunleavy has said that data drove the decision to open up Alaska’s businesses responsibly. On Tuesday, Dunleavy responded that he hoped that the fair would go on as scheduled this fall.

“I hope so,” said Dunleavy. “We’re going to have to figure out a way to help make that work so that we can again protect the health of folks. Again, a lot of those activities are outside at the fair but some of those are inside so we’re having those discussions and we’re working with the folks that are putting these large gatherings on. We’ll continue to work with them that’s one of the reasons why we want to open up the local businesses now so that we can concentrate on the air travel issue and some of these large congregate types of businesses that rely on large groups of people.”

One week before ASF announced the 2020 cancelation, the Mat-Su Borough held a press conference discussing the economic impacts of COVID-19 on the economy in the Mat-Su. While John Moosey attended his last meeting as Mat-Su Borough Manager on Tuesday and will take over for Nathan Wallace as the manager for the city of Palmer, Moosey also had high hopes that the fair could continue.

“This is a health issue but it’s also I think a mental health issue and a social issue that we’re dealing with and we’ve done a fabulous job on the health issue. I think there’s some other things that we also need to take into consideration,” said Moosey. Even more so than the loss of revenue is a loss of what the Alaska fair means to us in the state of Alaska. Certainly the money hurts and we have done a very good job separating ourselves but we are a social community and we need to find a way back whatever that is.”

Hertel said that merchandise was one of the examples of why he and the Board of Directors had to come to a decision quickly. As designs were being finalized and the need to place an order for nearly $50,000 worth of 2020 Alaska State Fair merchandise was coming down to the wire, Hertel said that fair administration wanted to make sound financial decisions and not order merchandise for a fair that would not take place.

Hertel did entertain the idea that ASF may try to offer a way to organize virtual vegetable weigh-offs and provide a platform for 4-H and FFA members to sell their livestock, but have not come to that decision yet. Before the next Alaska State Fair in 2020, Hertel said that they will try to continue to host events that can be conducted safely.

“We’re looking at what can we do for those 4H kids and those FFA kids that participated in fair every year. Those kids that have started raising their animals for show at the fair so there’s the opportunity there, there’s the possibility there that we could do some type of a virtual show and auction for them,” said hertel.

For the last two weekends, drive-in movies have been offered from the Raven Hall parking lot and next week, the Food Truck Fare will debut. Other events may go on as scheduled, and Hertel said that communications are ongoing with organizers to detail safety plans for their events. Bright up the Night will decorate the fairgrounds with holiday lights from November to January and Hertel said that he hopes to coordinate events at that time. Hertel and ASF hope that by canceling the 2020 fair for the first time in 78 years, Alaskans can continue to enjoy the state’s largest celebration for many years to come.

“We want to come back bigger and better than ever before and boy I tell you, I think by next year’s fair people are just going to be busting to get out and do something like that,” said Hertel.