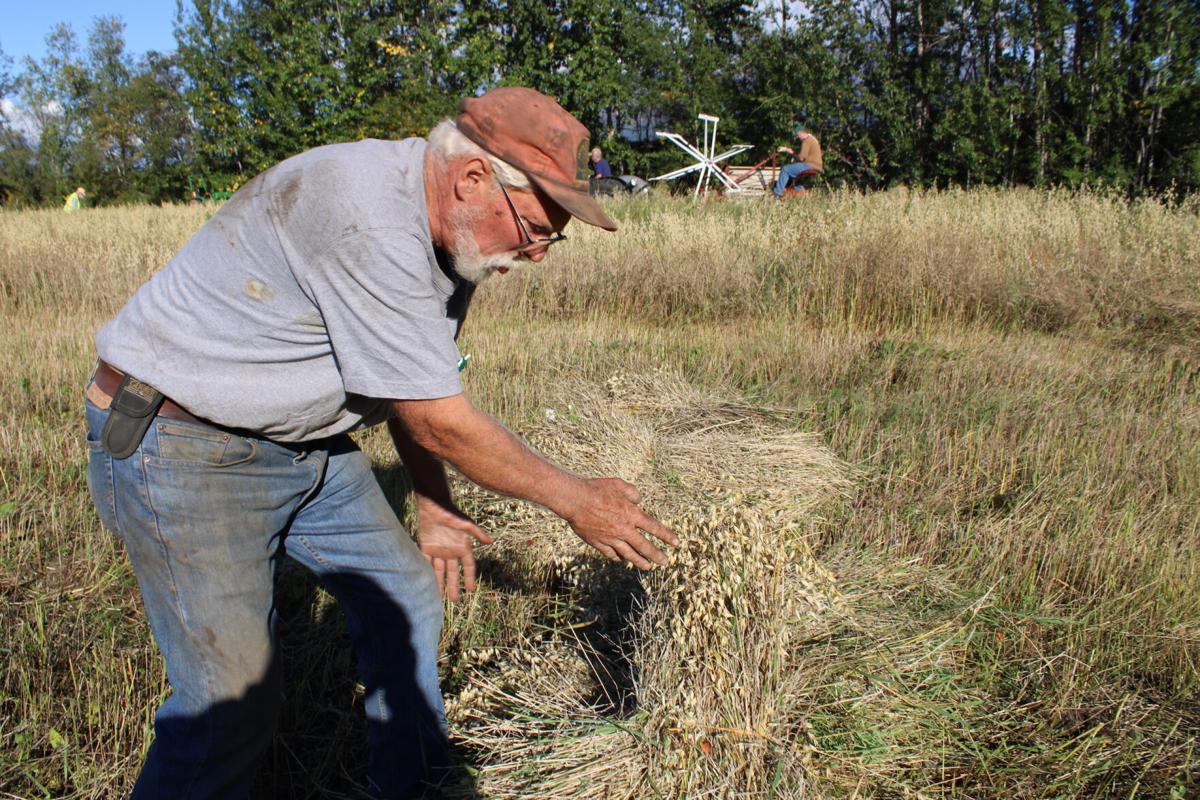 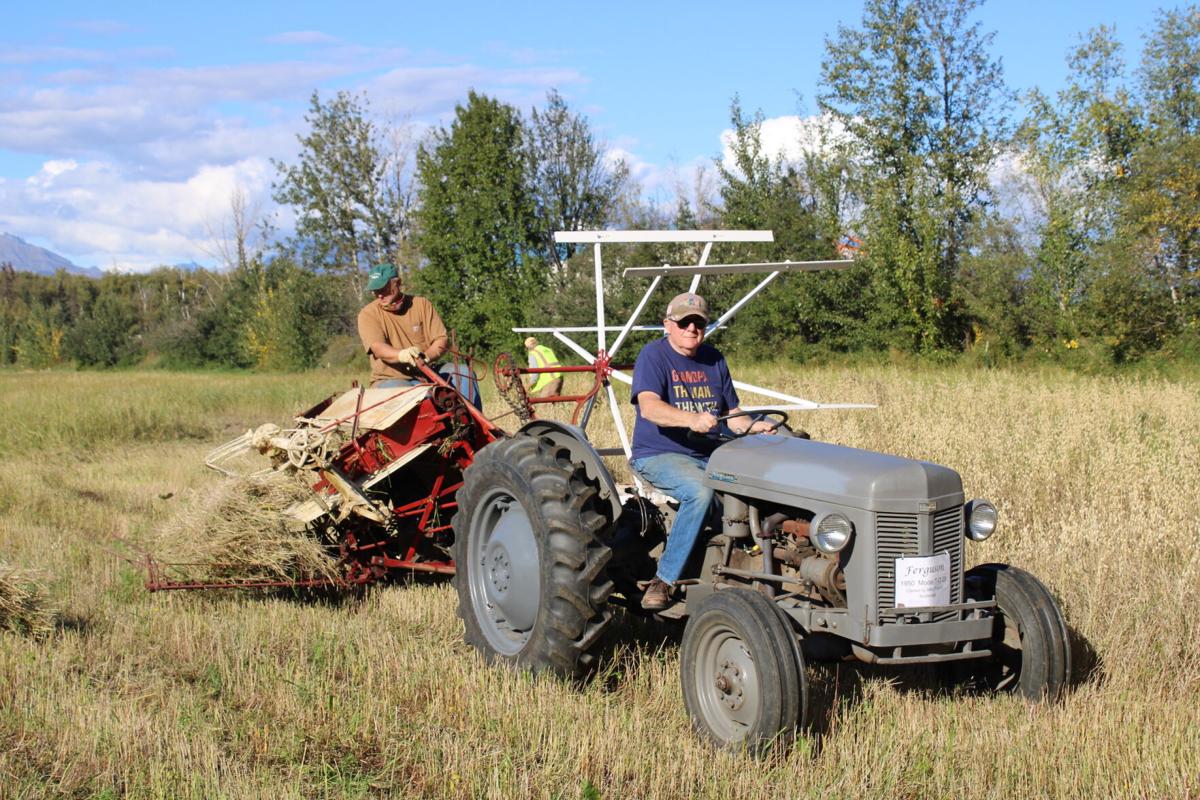 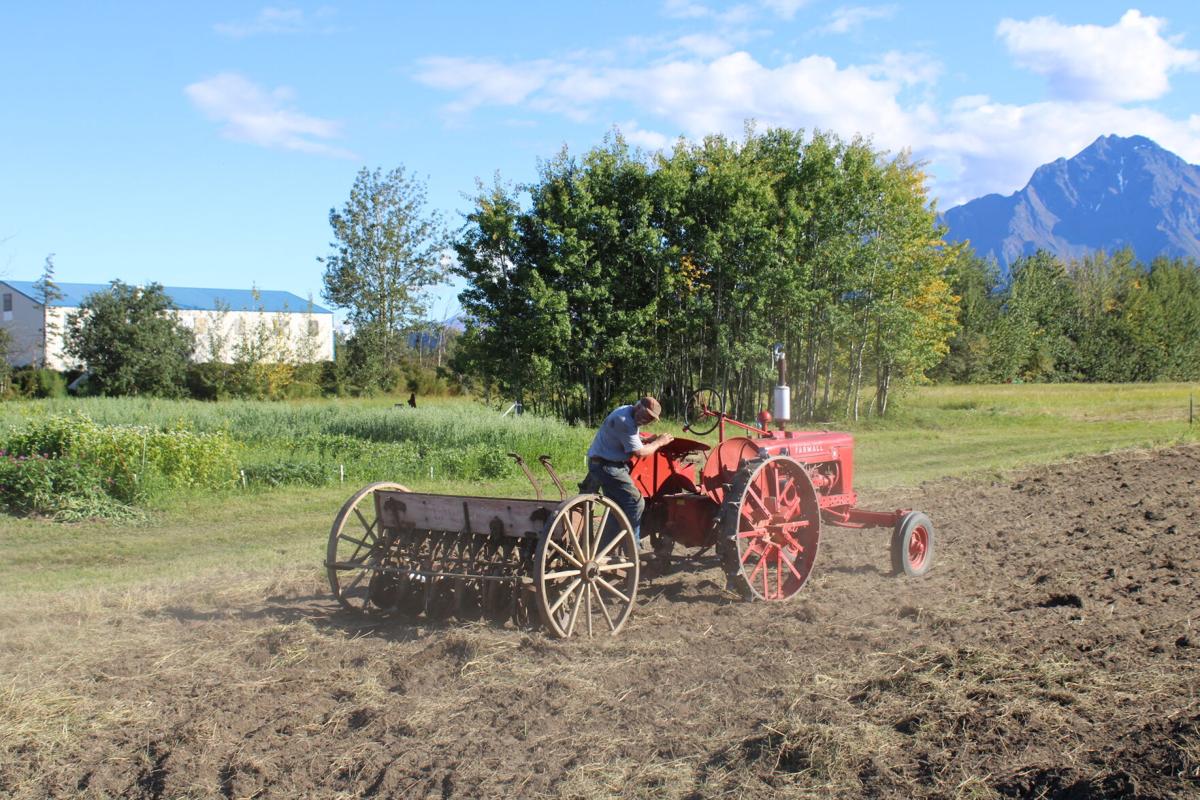 PALMER— The Alaska State Fair incorporated the Rebarchek Agricultural Park into public events for the first time during Harvest Fest this weekend, signaling their ongoing efforts to preserve the past, educate and promote the present, and sow the seeds of Alaska’s future in agriculture.

Harvest Fest attendees had the opportunity to take tours through the Rebarchek Agricultural Park, a colonial farmstead the fair purchased from the Rebarchek family in 2002.

The Raymond Rebarchek Colony Farm is a historic 40-acre property neighboring the fair’s red parking area and Hermon Brothers Field. Visitors had the chance to spectate recognizable fair traditions like the tractor games on the Rebarchek property this year.

The Antique Power Club of Alaska has put on tractor games and demonstrations all 14 days of the season with the fair for the last four years, according to President Richard Greeno. Greeno was one of several club members holding demonstrations while preparing the land for community use throughout the festival weekend.

Harvest Fest came and went, but the Rebarchek grounds will be far from still from this point onward. ASF Capital Projects Manager Bill Allen said this is only the beginning of a long-term vision to create an educational hub for young and novice farmers across the state.

“We just want to make this the agriculture center of the state,” Allen said.

After years of restoration efforts and land development, the grounds are ready to be a functioning demonstration farm and open growing ground for experimentation.

“We finally have a product to sell. Now we have something to show them… We didn’t have a lot to talk about until today,” Allen said.

Allen said they restored the original 1935 farm house, cleared land for crops, installed water irrigation for all the available plot space, and finalizing the construction of a 30-by-48-foot greenhouse.

Allen said the master plan calls for a barn that’s significant to the era. He said one of the original Rebarchek barns burned down and the other was sold. He said they found a colonial barn located off Scott Road, but it’s going to cost about $40,000 to move it.

“We want to do it. It’s just a matter of raising the money to do it,” Allen said.

Allen said they have an advisory board with about 15 members, and their primary focus lies in youth education and overall access to agriculture.

There are about 10 acres of available land for public use, ranging from community groups’ experimental projects to city dwelling individuals without the proper land or farming equipment to try their hands at agriculture.

Allen said they’re partnering with groups and organizations across the state including the University of Alaska Fairbanks and Rasmussen Foundation. He said they also partnered with 4-H and FFA statewide to offer a variety of livestock and animal husbandry training opportunities.

“You gotta get everything in place,” Allen said.

“That’s what this is all about pioneering and experimenting,” Anderson said.

This is the first year under ASF ownership with crops planted in the field. Staff and volunteers planted various crops like peas and oats, while clearing additional land for the public. Anderson said they’re keeping lease rates low to encourage people to use the land to improve their skills.

“That’s what the guys are going today getting to soil ready,” Anderson said. “We want to provide that education.”

Antique Power Club members brought in several antique tractors and historic farm equipment for Harvest Fest, including a machine for cutting grain and binding it into bundles called a binder that’s around 103 years old.

“It was horse drawn when it was new,” Greeno said.

The past met the present in the fields as volunteers cut bundles of grain with the old, but timelessly efficient binder met with gas powered tractors from various eras.

“That’s the history right out there,” Anderson said.

Mike Pollock owns the binder being used in the fields over the weekend. He used one of his vintage tractors to pull it around with fellow club member Curtis Rustad riding on the binder cutting and tying bundles in one seamless motion. After several hours in the field, they took a break.

“If it was a horse we’d have to feed it right now,” Pollock said.

The newly restored farmhouse will be available as a facility rental for weddings and other gatherings. For more information, visit alaskastatefair.org/site/rebarchek-agricultural-park.