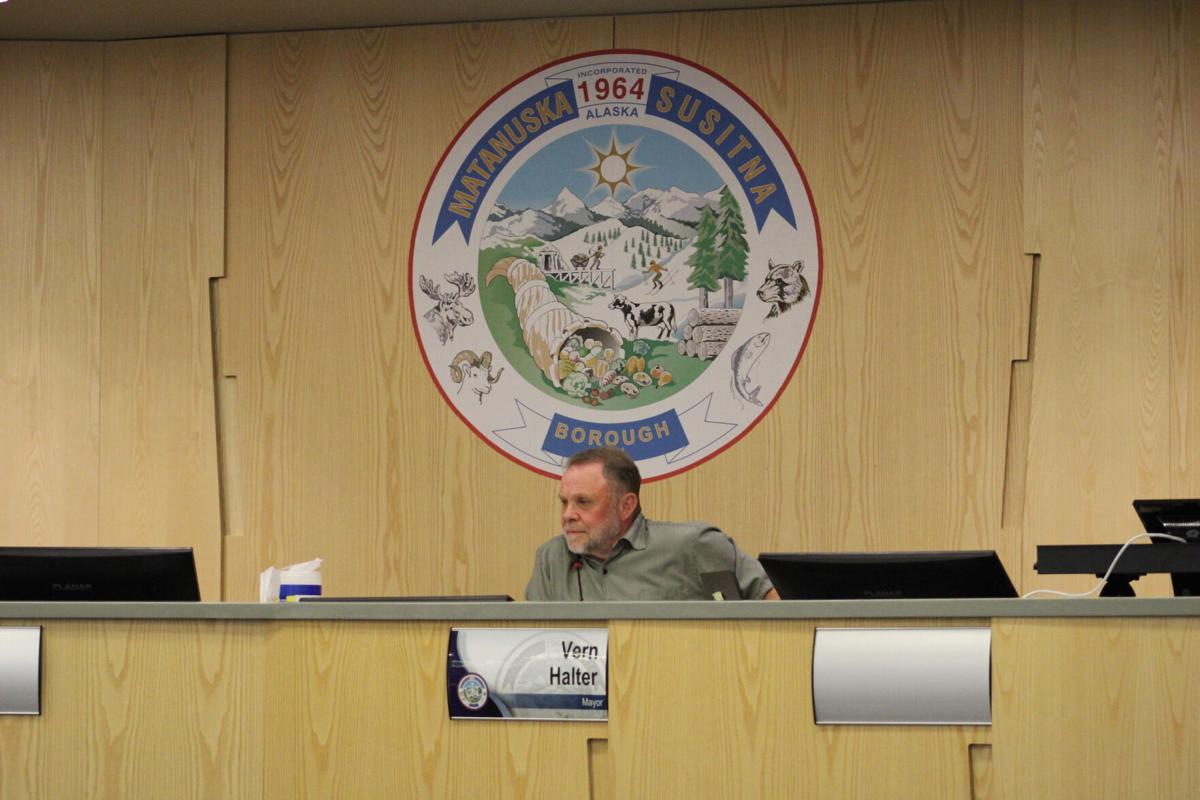 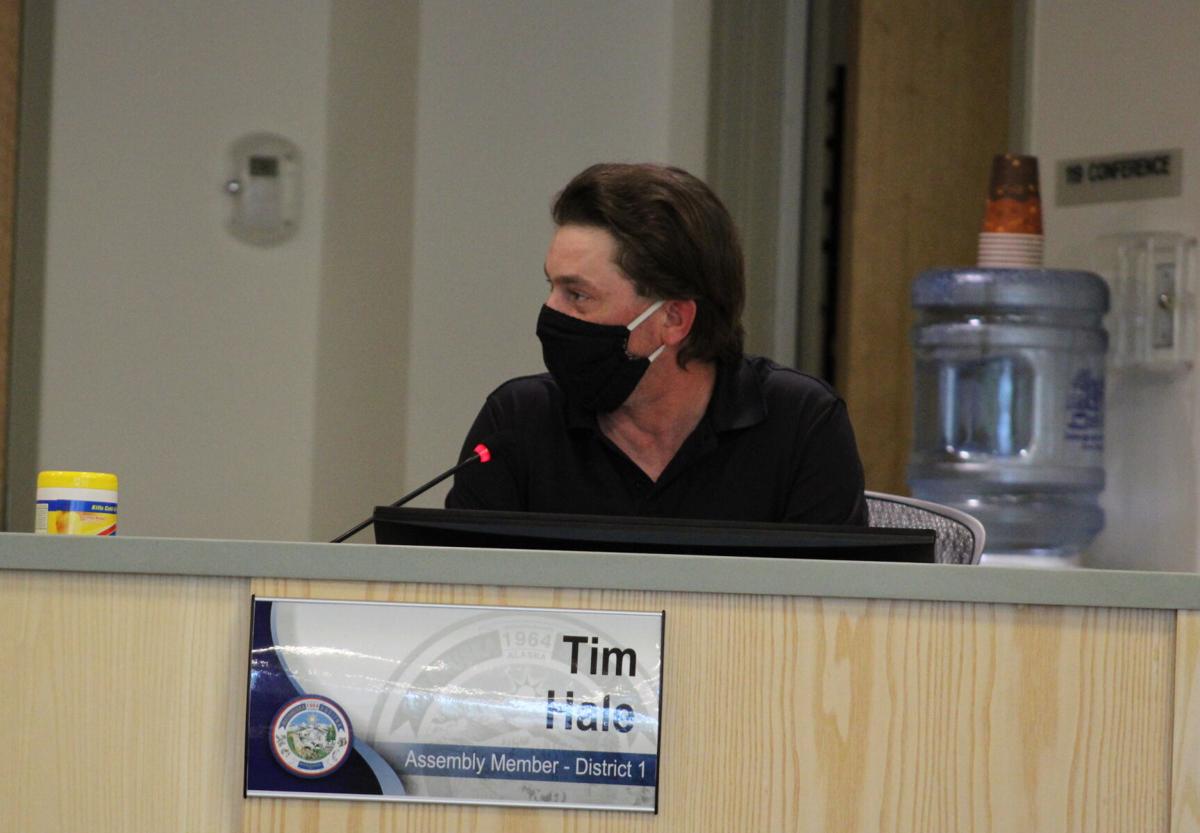 Ordinance 20-069 brought many distinguished members of the community out to comment on need for economic relief in the Mat-Su Borough due to COVID-19. Jason Ortiz offered an overview of the economic impacts of the Alaska State Fair which has been canceled for 2020. Ortiz said that ASF provides a $23 million economic impact by bringing 300,000 people to the fairgrounds for 12 days during the fall. In 2019, fairgoers spent $1.9 million in the Mat-Su Borough outside of the fairgrounds and 37 percent of vendors at ASF are Mat-Su residents.

“We’re in jeopardy of not being operational in 2021and we can’t have that because next summer we all need to hear Billy Idol sing White Wedding,” said ASF Board of Directors Vice President Jon-Marc Petersen.

Iditarod COO Chas St. George and CEO Rob Urbach both spoke to the Assembly to detail the need for Iditarod to receive relief funds.

“If there’s no Iditarod, there’s a $7.6 million void ofthose revenues that ordinarily would flow into the Borough,” said Urbach.

Joining Urbach and St. George were Iditarod veterans Martin Buser and Linwood Fiedler. Urbach said that he hoped Iditarod would take place next March so that Buser can continue his current streak of 34 consecutive Iditarod finishes.

“This country is looking for sport and I think it will actually be a bigger event being able to pull off Iditarod this march than ever before because really the world is going to be looking at one of the very first sporting events that’s happening with covid so I think it will bring a lot of positive attention to our wonderful state,” said Fiedler.

The first amendment to Ordinance 20-069 of the seven amendments considered by the Assembly was to provide $40,000 to the Big Lake Lions Club,” which passed without objection.

“The rec center really is kind of the heartbeat of the Big Lake community. There are so many things that happen there and there’s so much teaching and mentoring of our young people that goes on there that it’s simply invaluable,” said Assemblyman Dan Mayfield.

During the discussion of Amendment 1, Assemblywoman Stephanie Nowers suggested that the Assembly withhold $1 million in funding to postpone to a later date to more effectively study the economic impacts of the COVID-19 pandemic.

“We have some idea of the need but we don’t have great visibility on what the most important needs are in the Valley and we’ll have a much better idea then,” said Nowers.

Amendment 2 provided $297,000 of relief funds to the Iditarod and passed unanimously. Assemblyman Jesse Sumner asked Borough Attorney Nick Spiropolous if the Iditarod Headquarters inside Wasilla city limits prohibited the Assembly from awarding them CARES funds. Spiropolous said that the United States Treasury guidelines allow for local governmental discretion and that the main economic impact was determined to be proportionally outside of the Wasilla city limits in Willow. Mayor Vern Halter recused himself from the Assembly debate on Iditarod funding as an 18-time Iditarod participant and former member of the Board of Directors.

“We want this organization as well as the Alaska State Fair that we’ll talk about next to be able to put on events and begin the recovery process and prosper in the future. We’re not really setting them up for prosperity now, but we’re helping them out. We’re giving them a helping hand and all the things that they do for us with our culture and our history and the monetary economic value that they provide to our economy, the mushers who are out there on our trails and the tourism that’s generated all of that I think is of such value that we simply can’t turn a blind eye to the need,” said Mayfield.

Assemblyman Tim Hale proposed an amendment during the discussion on Amendment 3 which would grant $450,000 to the Alaska State Fair. The ASF representatives had asked for $600,000 and Hale moved to amend the amount for the grant back up to that amount, corresponding with a $150,000 withdrawal from item 32. Hale mentioned multiple times that the $5,747,097 in wages and benefits for first responders was previously included in the Borough budget.

Amendment five granted $65,000 to the Musk Ox Farm and passed 5-2 with Assemblywomen Nowers and Tam Boeve voting against the amendment. Both Nowers and Boeve stated their support for the Musk Ox Farm, but wished that the funding would be delayed to allow for other businesses to issue similar requests.

Hale’s amendment six hearkened to the creation of the Permanent Fund Dividend and proposed paying out $100 to all Mat-Su Borough residents who had incurred $100 of costs for masks, gloves, sanitizer or other personal protective equipment due to COVID-19. Hale said that he first conceived the measure as an economic stimulus but redirected the wording of the amendment to cover COVID-19 costs for residents.

“I don’t think there’s a single person in the Borough that hasn’t spent more than $100 on things in the way of covid,” said Hale.

Hale proposed using PFD records to distribute the funds, which would also be available to residents inside Wasilla and Palmer city limits. Hale’s amendment failed 5-2 with Hale and Sumner in support.

I have spent a lot of funds on PPE for this virus. I have donated masks and gloves to police and to those I see who are not wearing a mask. I find this so-called "economic stimulus" to be a joke at best. Really? $100? How about doing something for those of us who have actually worn the protection since Feb, when none of you half-wits remotely even acknowledged what this virus would do and continues to do? How careless and misguided you all are to continue to permit events such as Friday Flings with no requirement for PPE! What the hell is it going to take for you morons to do your jobs and protect residents? Seems the only thing you are good at is taking grant money and using it frivolously, but when it comes to residents... you dole out $100... WHAT A JOKE THE BOROUGH IS! PATHETIC AS USUAL.

How will you vote in the 2020 general election?