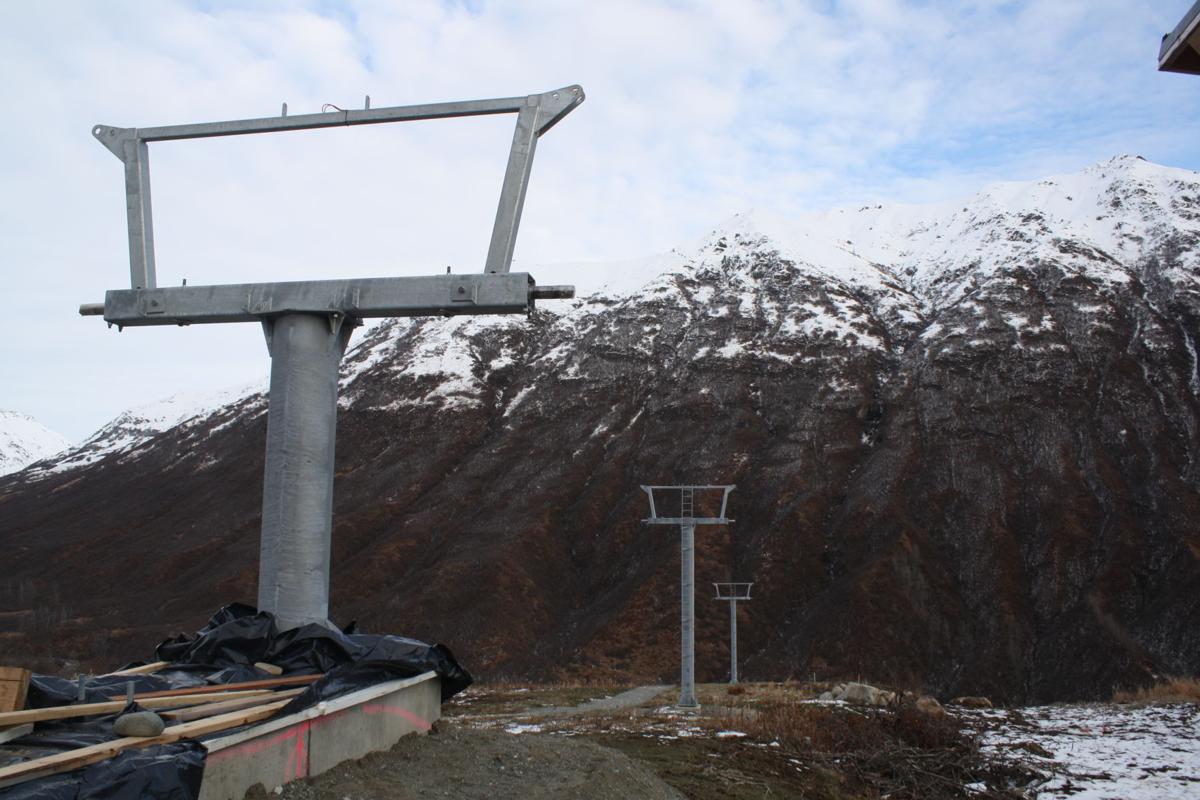 Metal structures are already installed for the Skeetawk ski lift, they are just waiting important parts from the Lower 48. 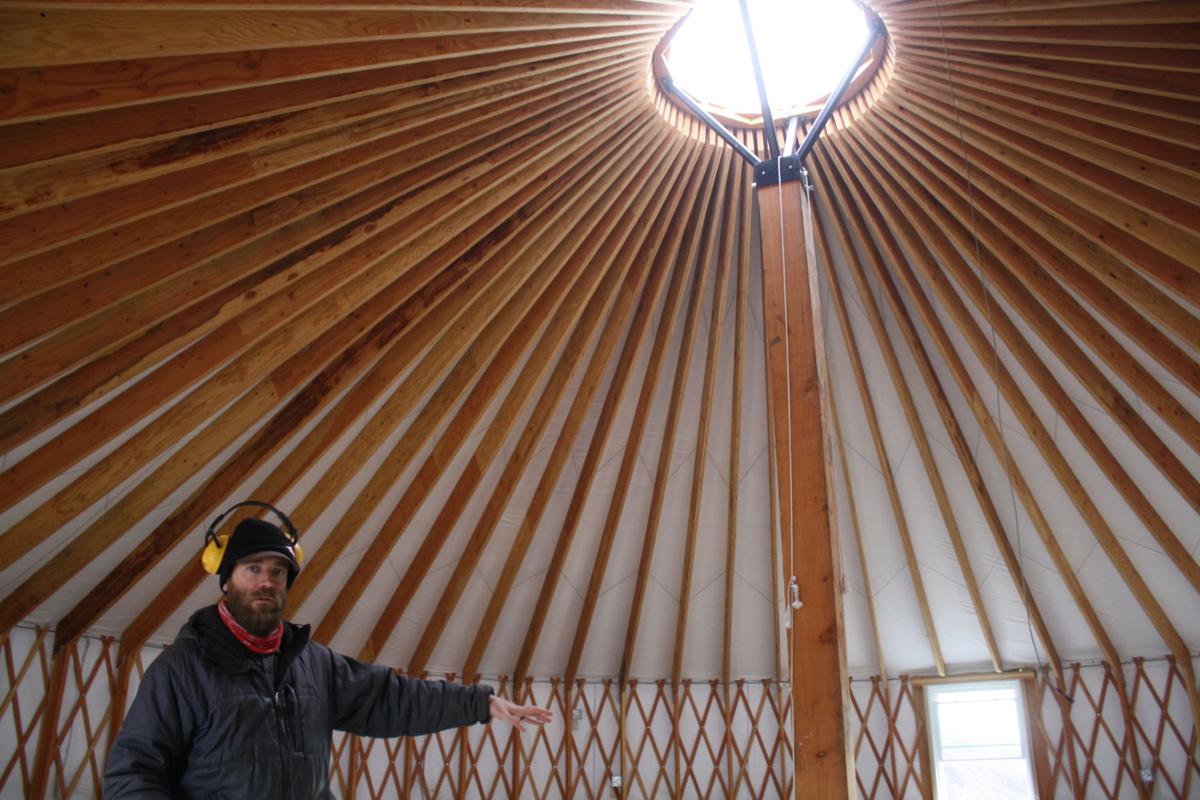 HAX Mountain Director, Brian McGorry shows the inside of the Skeetawk yurt, which will house a coffee shop for visitors.

Metal structures are already installed for the Skeetawk ski lift, they are just waiting important parts from the Lower 48.

HAX Mountain Director, Brian McGorry shows the inside of the Skeetawk yurt, which will house a coffee shop for visitors.

PALMER — The official launch for Hatcher Pass’ first ski lift, originally anticipated to open this December, has been delayed.

“We’re disappointed about the delay and the setback, but we’re not letting that slow us down,” Hatcher Pass Alpine Xperience Executive Director Amy O’Connor said.

The 300 vertical foot ski lift is part of Skeetawk, the first alpine ski area in Hatcher Pass. The nonprofit group Hatcher Alpine Xperience started this grassroots project in 2015 as a labor of love to benefit the whole community.

“This place has been made with the blood, sweat and tears of volunteers,” Mountain Director Brian McGorry said.

O’Connor said they have to wait for important ski lift parts because their New Hampshire based manufacture, SkyTrans Manufacturing LLC, was working on a project during the Mississippi River floods this summer. She said workers were forced to evacuate multiple times. That pushed back all of their manufacturing.

“That was the only reason for the delay, was just something out of everybody’s hands,” O’Connor said.

O’Connor said they hope to have the lift installed and ready for public use by February.

“Delays happen… but it’s not stopping or curbing our enthusiasm and excitement,” O’Connor said. “Our goal is to open the lift as soon as safely possible.”

While the lift itself has been delayed, HAX volunteers are working tirelessly to ensure the remaining ski area is ready for the public by December. This includes facilities like bathrooms, lift operator and ski patrol buildings and a special yurt that will operate as a café.

Volunteers from all walks of life brought their skills together to get Skeetawk off the ground after years of fundraising. O’Connor noted that most of the major construction, including the parking lot expansion and installation of metal towers that will hold the ski lift were done in recent months.

“Nearly all the installation you’ve seen onsite has happened this summer,” O’Connor said.

Since they don’t have the necessary parts for the ski lift, O’Connor said they plan to groom the hills for sledding in the meantime. Over the winter, leading to the ski lift launch, visitors will be able to utilize the Skeetawk recreation area and onsite facilities.

While HAX volunteers have been slightly shaken by the delay, it’s mostly seen as a mild speed bump on an otherwise incredible journey. This long awaited dream has nearly come to fruition.

While there will be more phases down the road, the grand opening for the area is almost here. O’Connor said that she and her fellow volunteers are very excited to share the labor of their toils with the public.

“Seeing the constant community support and excitement; and then, every week the progress we’re making, how much closer we really are to opening is just truly inspiring,” O’Connor said.

O’Connor noted that SkyTrans offered to install mountain bike attachments to each chair on the lift to make up for the delay. She said it’s a huge asset they were hoping to have but didn’t expect to be able to afford at this juncture.

Summer mountain biking is one of the many reasons why all the volunteers are working to make Skeetawk an all year recreation area that isn’t just for skiing and snowboarding.

“So that enables us to really think about Skeetawk as a year round opportunity,” O’Connor said.

It's great to see this coming together, but this is not the first ski lift in Hatcher Pass. There was a 1600 foot rope tow and a 1600 foot T-bar located at the Independence Mine up until 1974