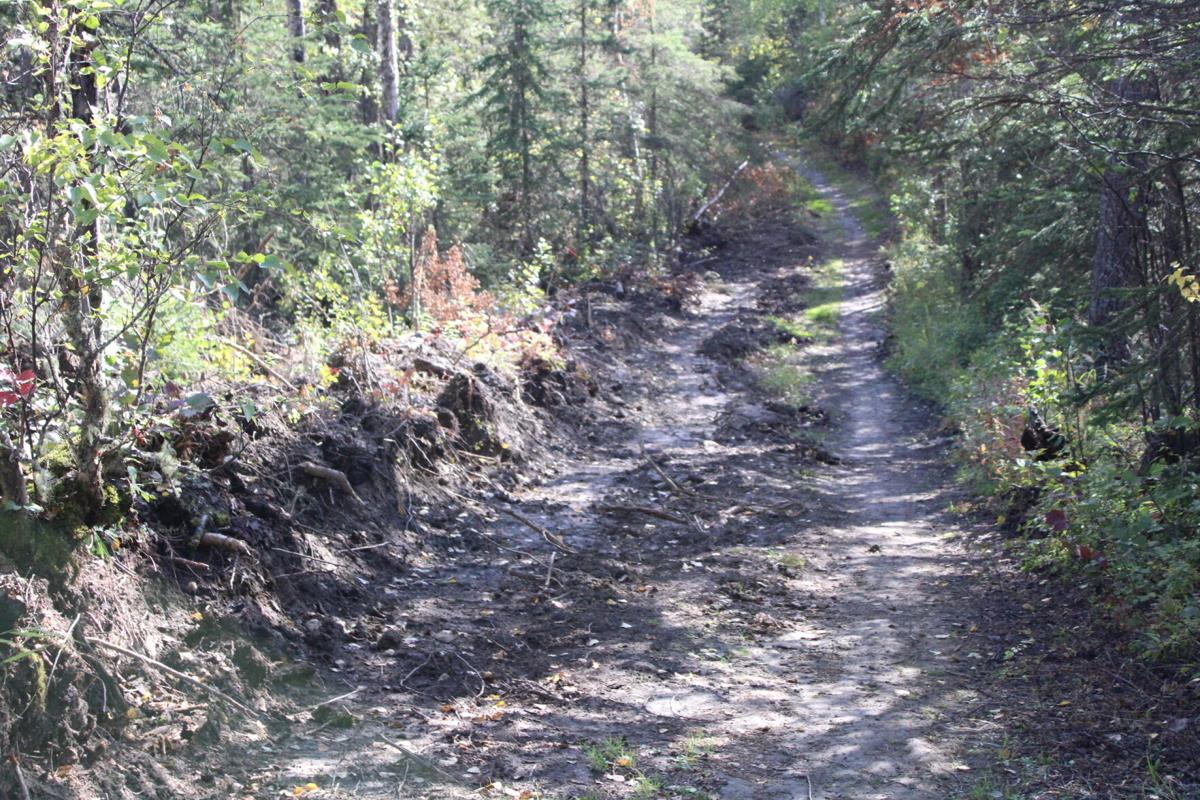 Users of the Matanuska Greenbelt trails are concerned about recent damage. 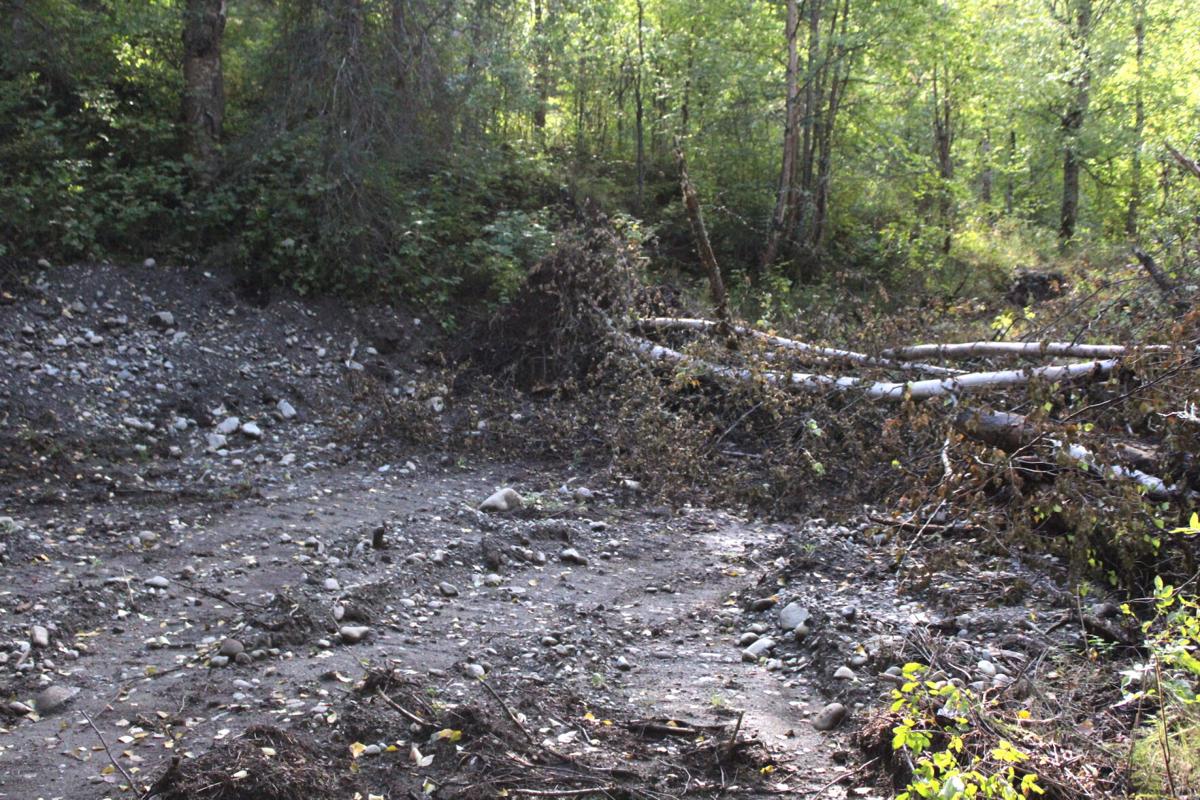 Users of the Matanuska Greenbelt are concerned about recent damage to the trails.

Users of the Matanuska Greenbelt trails are concerned about recent damage.

Users of the Matanuska Greenbelt are concerned about recent damage to the trails.

PALMER — The Mat-Su greenbelt trail system is used by hundreds of trail walkers, runners and cyclists each week who were greeted with an unwelcome sight early in August.

As a result of shrinking budgets, the University of Alaska has been evaluating the value of their property and discovering what, if any revenues could be extracted from existing properties. As part of the Division of Facilities and Land Management’s agenda since last 2019, the Mat-Su Experimental Farm and Extension center that the greenbelt trail system sits on has been tapped for possible gravel extraction in the largest open public green space in the Mat-Su Valley.

“There wasn’t a specific comment period for the assessment work. For safety reasons, there was a public notification of the work when it was about to start,” said UAF Public Information Officer Marmian Grimes. “If the university does pursue development, the amount of revenue possible would depend on extraction costs, future reclamation costs and demand for the gravel. That said, we are aware of a market for gravel in the area and that revenue could be in the millions of dollars.”

On Aug. 4, contractors began driving heavy equipment down the green belt trails to test a 70-acre section for possible gravel extraction to generate revenue for the University of Alaska Fairbanks. A total of nine test pits were dug, none of which were located on existing trails. However, equipment traveling to the test pits tore up sections of the trail, leaving roots and trees sticking out of the sides of the trail that were damaged by the passing equipment. Grimes said that the contractor hired is responsible for reclaiming any of the damaged trails and that process is underway currently. The initial process that began in August has completed, but will pick back up in late September to dig bore holes in order to determine if gravel extraction would be feasible on the Experiment Farm and Extension Center. The UAF Board of Regents does not meet again until November and Chancellor Dan White said that action on the possible gravel extraction would be unlikely. White said that once bore holes have been dug and test results for graveling finalized, the Board of Regents would most likely take the issue up again in February.

“I think what’s distressing to the community is how we’ve been left out of the discussion and the university knows, it’s clear how much the community values this,” said Mat-Su Borough Assemblywoman Stephanie Nowers. “I think what people are saying down here is we don’t want to have a process to vote up or down on a gravel pit, we would like to have a process for having a discussion with the University at a serious level that includes the UAA lands division on what the assessment is on what you could make through some of the ways that people value this property, and that’s as a historic farm, as a research institution and part of this very valued open space.”

Nowers was one of the first to publicly voice her opposition to the gravel extraction testing at the Experiment Farm and Extension Center at an Mat-Su Borough Assembly meeting in August. Nowers was one of four women who represent areas of Palmer at various levels who attended a Zoom meeting with Chancellor Daniel White, hosted by the Palmer Chamber of Commerce. Nowers, Sen. Shelley Hughes, Rep. DeLena Johnson and Palmer City Councilwoman Jill Valerius all attended the zoom call to get more information about the gravel extraction testing.

“What I’ve heard is that different groups have approached the university for years to try to have a discussion about ways like having dedicated easements on the property, things that could bring funding into the university,” said Nowers. “They haven’t even been able to get the lands division to sit down and have that discussion with them.”

The UAF Division of Facilities and Land Management issued a report in May providing the approximate value of all University land at $200 million, equivalent to about four percent of all university facilities value. Other facilities such as the OEM building in Fairbanks has already been sold for $625,000 and parcels in Nome are in the process of being sold for $54,000. In 2005, UAF sold gravel from a five-acre parcel of land that the current assessment work is currently inside of. UAF operates three separate farms, one in Fairbanks that recently got rid of their agricultural reindeer due to budget cuts and another in Delta. Researchers at UAF are adamant that three farms are necessary to continue research, but the Experiment Farm and Extension Center is the only one where gravel extraction is being considered. Other cost saving measures such as removing facilities are being explored in Fairbanks, and UAF is hoping to sell a 2.6-acre parcel of the farm cut off by the Trunk Road extension. Though UAF put up a survey for input on the land itself separate from the assessment for gravel extraction, they have received over 400 letters about the gravel extraction assessment thus far.

“I think that the board has received 400 letters, so good on everybody. I think they have gotten the message,” said White. “It’s our expectation that that is just a data sheet and then there would have to be further work to determine whether or not that’s even recoverable.”

The university has also moved to close the Silver Fox training mine in order to save costs and are looking at creating revenue from other parcels of land owned by the university, though no other lands are being explored for gravel extraction. Alaska Farmland Trust Executive Director Amy Pettit hoped to explore the possibility of permanently protecting the green belt trails along with Experiment Farm in perpetuity

“It’s not often that a subject gets everyone’s attention so dramatically that we all show up to these meetings repeatedly,” said Pettit. “My Board of Directors as previously stated is adamantly against any activity on this property that prevents it from future agricultural use and the notion that a gravel pit could come to fruition and then remediation could happen and it could be farmland again is just not factual. That does not happen and it’s not the way it works.”

“I would love to hold somebody’s feet to the fire a little bit closer to say give us a date when the stakeholder groups can be at the table to have this discussion, completely understand that you have to know the value of your resource but you also have to know the value of the permanent protection of this property. That should be part of the discussion,” said Pettit. “With over 400 letters received you can see that the community loves this property.”

White noted the lengthy process that would have to happen before gravel extraction could become a reality at the Experiment Farm. After bore holes are drilled and the gravel assessment is completed in early October, the feasibility of gravel extraction would have to be approved by the University President, chief budget officer, facilities and lands management committee and eventually make it to the board of regents. Chancellor White said that ultimately, the decision on whether or not to extract gravel depends on the economic feasibility and the direction of the Board of Regents.

“Between now and February is a time to start thinking about those and as soon as we have information about the value of the land from a gravel perspective, we can start then to gather other options and compare those. So the board has heard and the board values the public testimony and I think the communities doing the right thing. It’s been very productive,” said White. “The board is the one that gets to make the decision.”

Despite the inclusion in the lands management division since October of 2019 and previous gravel sales by UAF, many members of the public felt that they were not informed about what was happening to the green belt trails. Sections of farm roads, the Long Lake Loop trail, the Long Lake Connector and the Rabbit Field Connector trails all suffered damage from heavy equipment that has yet to be reclaimed. Not only did elected officials from the State Senate, State House, Assembly and Palmer City Council attend the zoom meeting with Chancellor white, but Director of Governor Mike Dunleavy’s Mat-Su office Todd Smoldon and Matanuska Electric Association Senior Director of External Affairs and Strategic Initiatives Julie Estey as well as representation from the Mat-Su Trails and Parks Foundation.

“As I look at the deed, it’s kind of a little bit unclear but it’s clear that the intent was that this was to be removed from the domain for agricultural purposes,” said Representative Johnson. “This has not been a trust building process and I’m hoping that with our new University president that that will be a priority for our community as we move forward. I think there’s a lot of fear and I think it’s probably not misplaced.”

Thank you for featuring this controversial topic on the front page as it deserves. However, the introductory paragraph was pretty disappointing to me as it failed to include a MAJOR user group, us equestrians. This trail system is a one of a kind multi user group oasis in the middle of a highly developed area and a treasure that shouldn’t be lost. I encourage every trail user/appreciator to contact the UAF Board of Regents If you haven’t already done so.