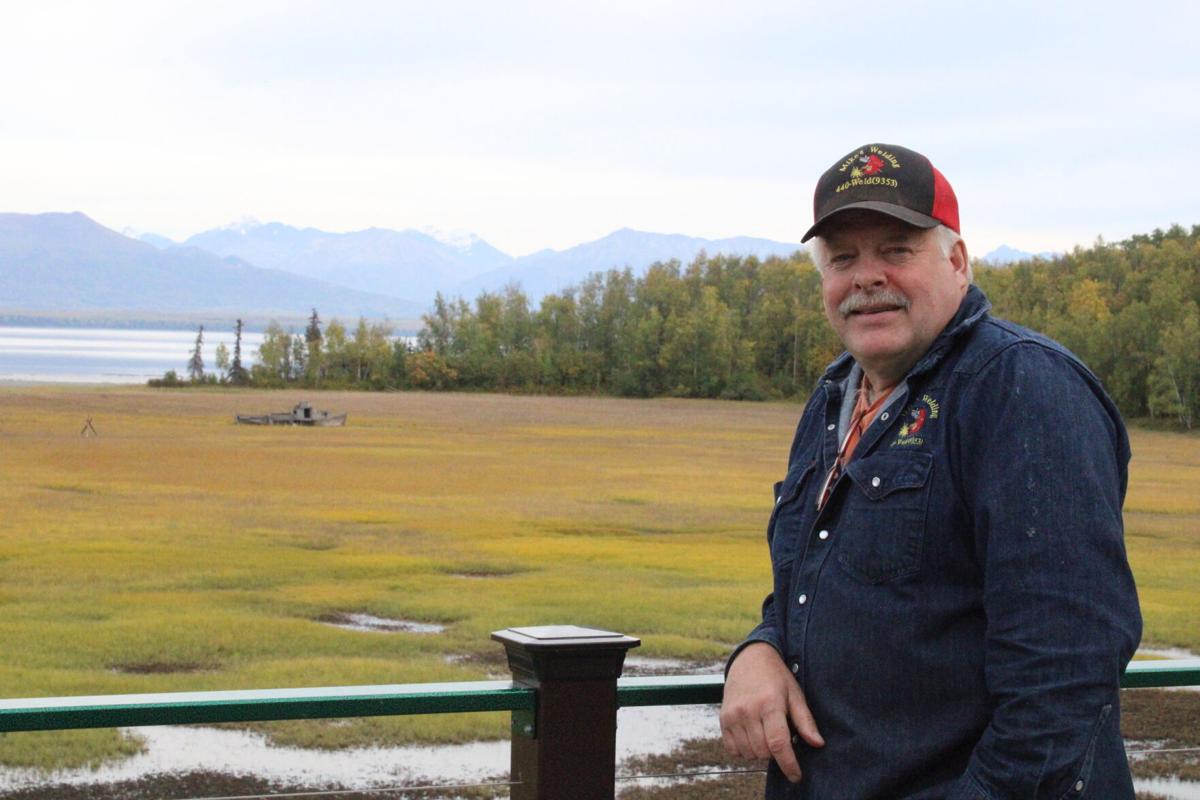 Mike Mahoney stands on his back deck with a view of Joe Redington's boat in the background. Mahoney is among Knik residents who are restoring the boat that was once owned by the man who helped start the Iditarod sled dog race. 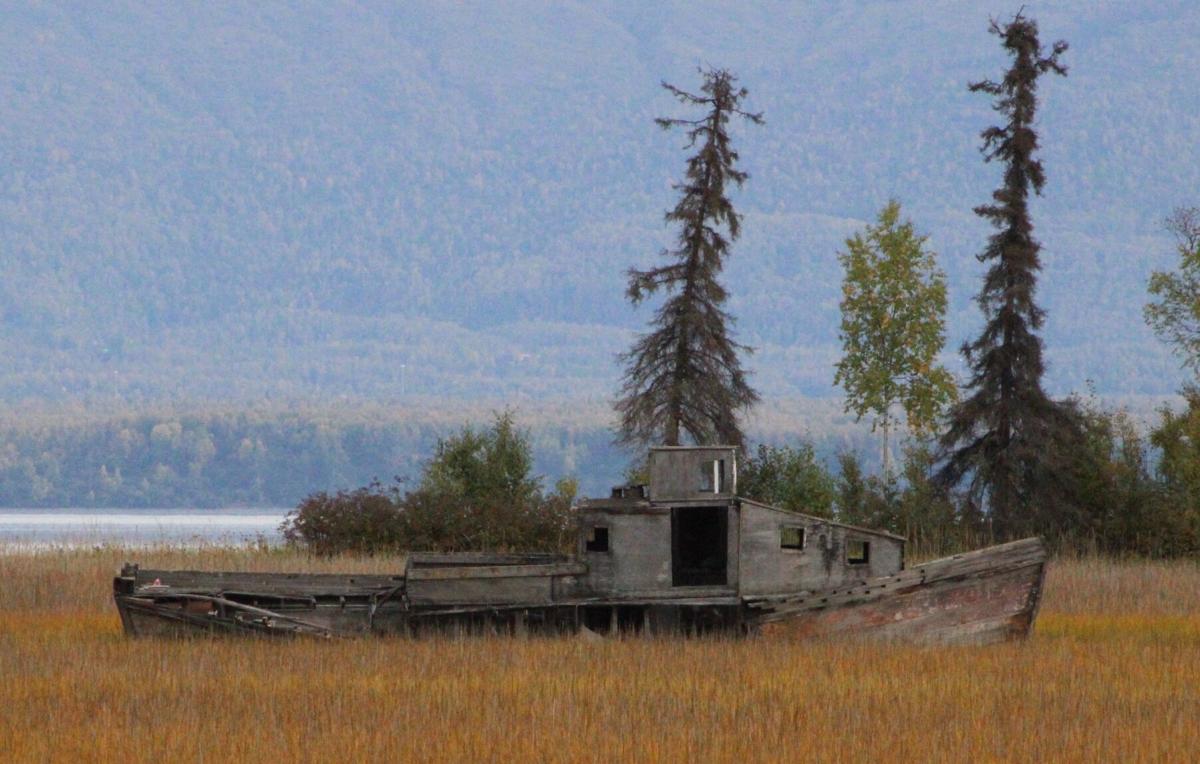 A group of Knik area residents are working to restore a boat owned by Joe Redington.

Mike Mahoney stands on his back deck with a view of Joe Redington's boat in the background. Mahoney is among Knik residents who are restoring the boat that was once owned by the man who helped start the Iditarod sled dog race.

A group of Knik area residents are working to restore a boat owned by Joe Redington.

WASILLA — Lisa Redington is collaborating with Mike Mahoney and other Knik residents to restore an instantly recognizable boat sitting in the marshes in a picturesque position in front of the Knik Arm that was left by her grandfather, Joe Redington Sr.

“All the locals here want to get involved,” Mahoney said. “We just don’t want to see part of Alaska being destroyed, and it’s an icon because Joe Redington founded the Iditarod.”

The boat’s name is The Nomad, and its days at the sea are long behind it. But if some minor repairs are made, the vintage vessel can last many more years as a sight to behold for locals and visitors alike.

“The picture’s probably all over the world. There’s people who come from all over to take a picture of the thing,” Mahoney said.

The restoration project is going to cost about $1,500 to start, but the total cost is yet to be determined, according to Mahoney.

Lisa created a GoFundMe page for the project and the Knik Bar is also taking donations in person.

Mahoney said they plan to start minor repairs to the exterior this winter and hope to have it done by next spring, but it all depends on the tides and the weather.

The Nomad has been in the Knik marshes since 1967. Lisa said it floated around for several years before finally finding itself in a permanent resting place.

“They just felt it was a safe place to put it,” Lisa said.

Lisa said the boat was built in the 1950s, and her grandfather used it for commercial fishing. Joe used a family cabin near a dock to launch the boat into the Knik Arm.

A local business owner, Loren Prosser, owns the property the boat is sitting on, according to Mahoney. He said most of the marsh is privately owned with some small portions of Matanuska-Susitna Borough land. The Redingtons homesteaded in the area and still have property around the marsh, which is where Joe ultimately decided to leave his boat.

“One day he said the hell with it and left it there,” Mahoney said with a laugh.

Mahoney’s property borders the marsh and the boat and accompanying wetlands are visible from his back deck. His background includes 17 years of ship repair with both wood and steel.

“It’s not gonna last forever because we’re not reconstructing a boat, we’re just giving it a face lift,” Mahoney said. “We’re determined to tackle it.”

Mahoney said a lot of people come through to see the boat, especially in the summer where he sees around 20 to 30 people a day.

Mahoney said they’re going to put up signs and barricades during their repairs, and ask that people leave it alone. He said that Lisa is going to paint it and a local wood burner is going to also pitch in.

Lisa said people can find out more about the project and the GoFundMe link by visiting the Nomad Restoration page on Facebook.

People looking to volunteer can also leave their names and numbers at the Knik Bar, a community hub that works year round to support Knik residents with events and fundraisers like their annual Christmas toy giveaway.

For now, the Nomad sits on the marshes with the distant sea beating in the distance.

“It’s one of the most scenic places in South Central Alaska and can you picture it gone?” Lisa said. “I really would like to see it there longer. It just wouldn’t be the same without it… I think my grandfather would be really happy to see it restored.”

What's with people and wasting money on garbage? If anything the Redington family should be charged for littering.

Did you watch the final presidential debate?