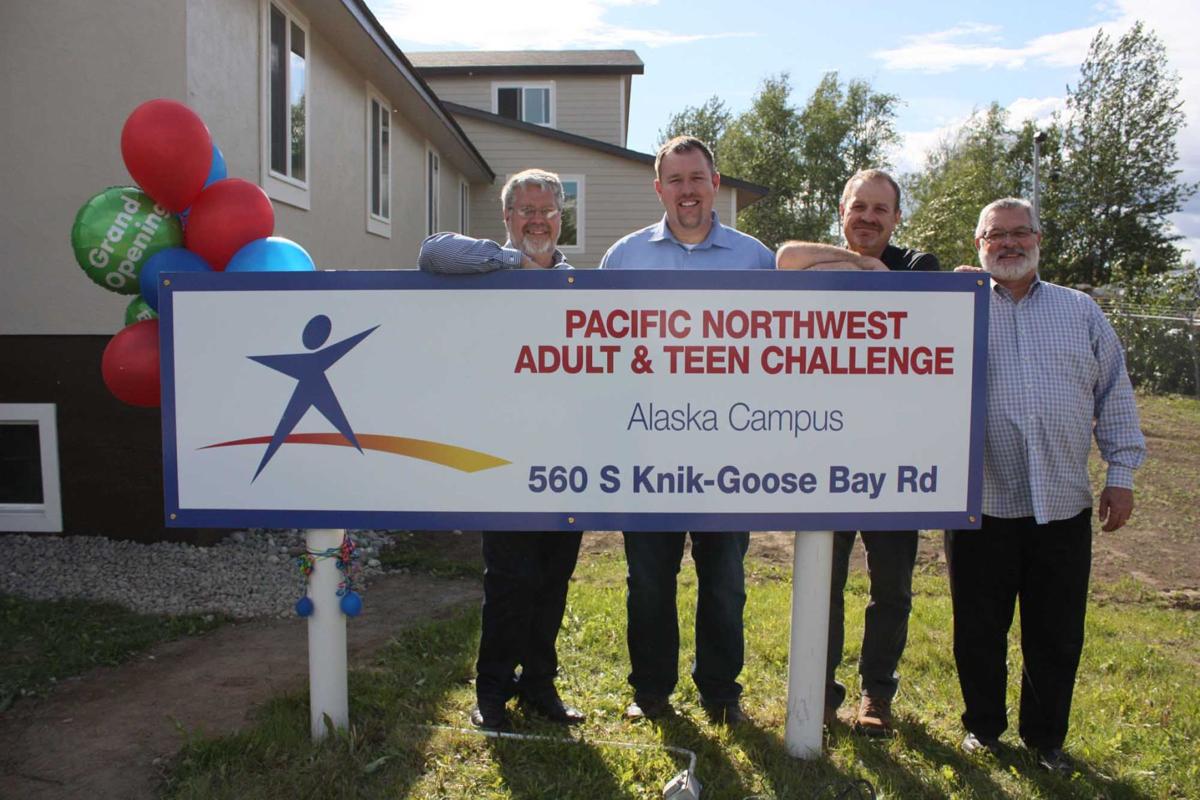 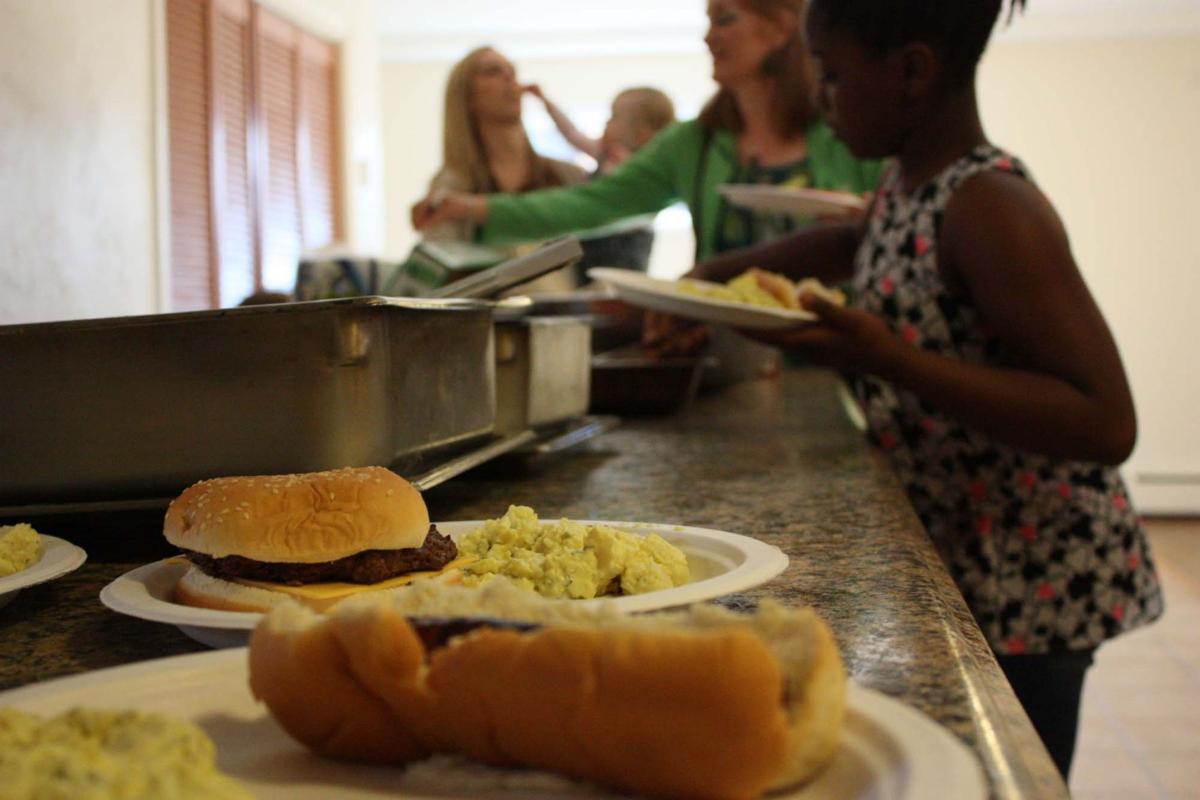 The new Adult and Teen Challenge Alaska chapter held its grand opening and barbecue on Friday, June 3, where dozens of Mat-Su residents came to learn about the faith-based, residential recovery center for men. 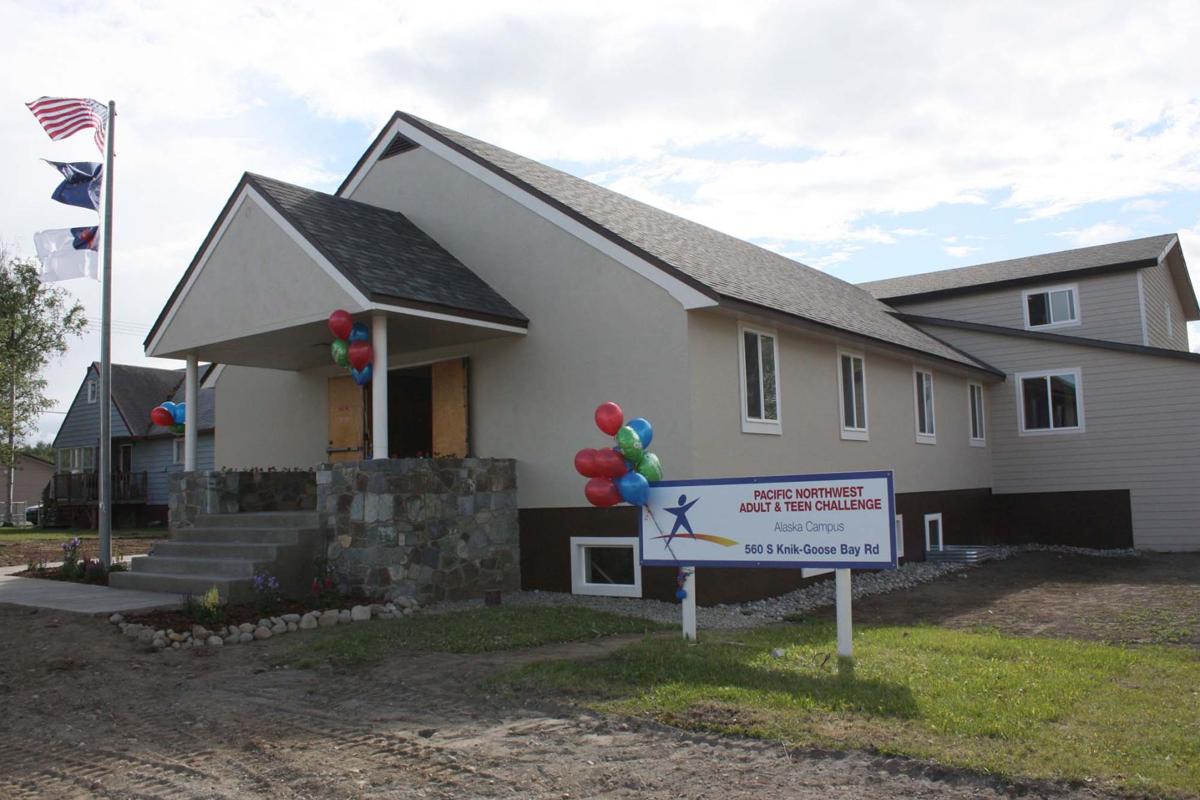 The new Adult and Teen Challenge Alaska campus, located at 560 S. Knik-Goose Bay Road, held its grand opening and barbecue on Friday, June 3. The national faith-based organization has been around for 50 years, but hasn't had an Alaska campus in 13 years.

The new Adult and Teen Challenge Alaska chapter held its grand opening and barbecue on Friday, June 3, where dozens of Mat-Su residents came to learn about the faith-based, residential recovery center for men.

The new Adult and Teen Challenge Alaska campus, located at 560 S. Knik-Goose Bay Road, held its grand opening and barbecue on Friday, June 3. The national faith-based organization has been around for 50 years, but hasn't had an Alaska campus in 13 years.

WASILLA — For the first time in over a decade, Adult and Teen Challenge is back in Alaska to service the needs of young men in recovery from addiction.

Now one of seven campuses in the Pacific Northwest region, the new Wasilla facility has long been anticipated by executives of the national nonprofit, Teen Challenge USA. Ever since the two standalone operations in the Palmer-Wasilla area and in Anchorage closed due to financial difficulties 13 years ago, Adult and Teen Challenge board members have been trying to find an opportunity to return, according to Pacific Northwest Vice President of Managing Operations Dave Oliver.

“We’ve wanted to be here for those 13 years and this is when it finally pulled together,” Oliver said at a grand opening barbecue for the Wasilla campus on Friday, June 3.

The campus first opened its doors on April 19 to offer yearlong, faith-based, residential treatment to men 18 years and older, fit for 28 beds.

Pacific Northwest CEO Chris Hodges said both the length and the live-in aspect of the program is necessary to achieve lasting results.

“We don’t believe in a 30-day quick fix,” he said. “It takes a lot longer than that to reprogram years and years of addiction.”

As a young man who grew up on a farm, Van Duyken said his “country boy” partying seemed harmless at first. But by the time he reached his mid-20s, he realized the hard truth — he couldn’t stop drinking.

By the time he was 30, Van Duyken was what he called a functioning addict, drinking to excess and taking drugs constantly to maintain a semblance of normalcy and workability. He didn't know how to escape his situation, but was too proud to ask for help.

Then he heard about Teen Challenge. He wasn’t a teen anymore, but there was a place for him in an adult program in Portland, Oregon. A year later he graduated clean, sober and spiritually refreshed, with a desire to give back to the program that had helped him.

Over the last few years, Van Duyken moved up through the organization, going from student — as program participants are called — to intern, to a missionary overseas at Teen Challenge Uganda, to program coordinator in Portland and finally campus director in Wasilla.

“God’s given me a passion to give back, and the skills and ability to help people coming from the lifestyle I was in,” he said.

While the Wasilla campus is only for adult men, campuses for teens and women are available outside of Alaska. Each facility is different, but the entry process for all campuses is essentially the same.

For the Alaska campus, applications are available online and in-house. Any male over 18 can apply for the program, regardless of their level of sobriety or lack thereof at the time of application.

“It’s a lot to ask for someone to be clean for a week when they’re asking for help,” Van Duyken said.

Students are expected to pay a $500 intake fee, plus $2,500 per month for the year, which consists of two parts: half is raised through vocational training within the program, donations from churches or businesses, campus fundraisers and student sponsorships. The other half is either paid by the individual or pledges from family friends, the latter of which is often the case.

Limited scholarships are also available to students for whom the organization has determined has no other resources.

“We never turn someone away because they can’t pay,” Van Duyken said.

Once accepted to the program, students maintain a daily schedule of morning devotionals, followed either by “school” or work, six days a week. The written curriculum is derived from Biblical teachings and ranges from the memorization of scripture to the exploration of personal issues within the individual student’s life.

Though it might sound simple to some, Van Duyken said the program is more trying than it appears.

“This is a lot harder than jail. I’ve done both, and this is harder,” he said. “This program makes guys into men.”

“Teen Challenge took me in when nobody else would,” Larranaga said. “My family never stopped loving me but there came a point when they knew they couldn’t help.”

Larranaga said he grew up “blessed,” raised to be honest and work hard. He and his siblings were always involved in a club or sport, and never subject to any kind of abuse — something he associated with addiction.

But after he sustained a neck injury as a professional hockey player in Colorado, Larranaga fell hard and fast for his opiate pain medication. On top of that he consumed copious amounts of alcohol and marijuana, followed by heroin and meth use.

By that time, Larranaga was married and had had a young daughter, but his drug abuse soon tore apart their family.

Broken, he turned to his last resort: Teen Challenge.

“I remember thinking, if these crazy Christians take me in, I’ll go hang out there for a year,” he said.

The first time, in Spokane, in 2014, it didn’t take. He found acceptance from others, but wasn’t ready to accept them or the faith. Several months later, he tried again, in Cleveland, where he was accepted and then transferred to Missouri.

“This program … has really given me life, and I didn’t know that I wasn’t living before,” Larranaga said.

To learn more about the Alaska campus, call 907-202-8850, or visit teenchallengepnw.com/alaska, where applications can be downloaded and donations can be made.

That is a disgusting comment!!! Alaska is in need of more residential options for addicts. They are for profit and they are not tax exempt!! Get your facts straight and May God Bless you and the other negative nellies out there!!!