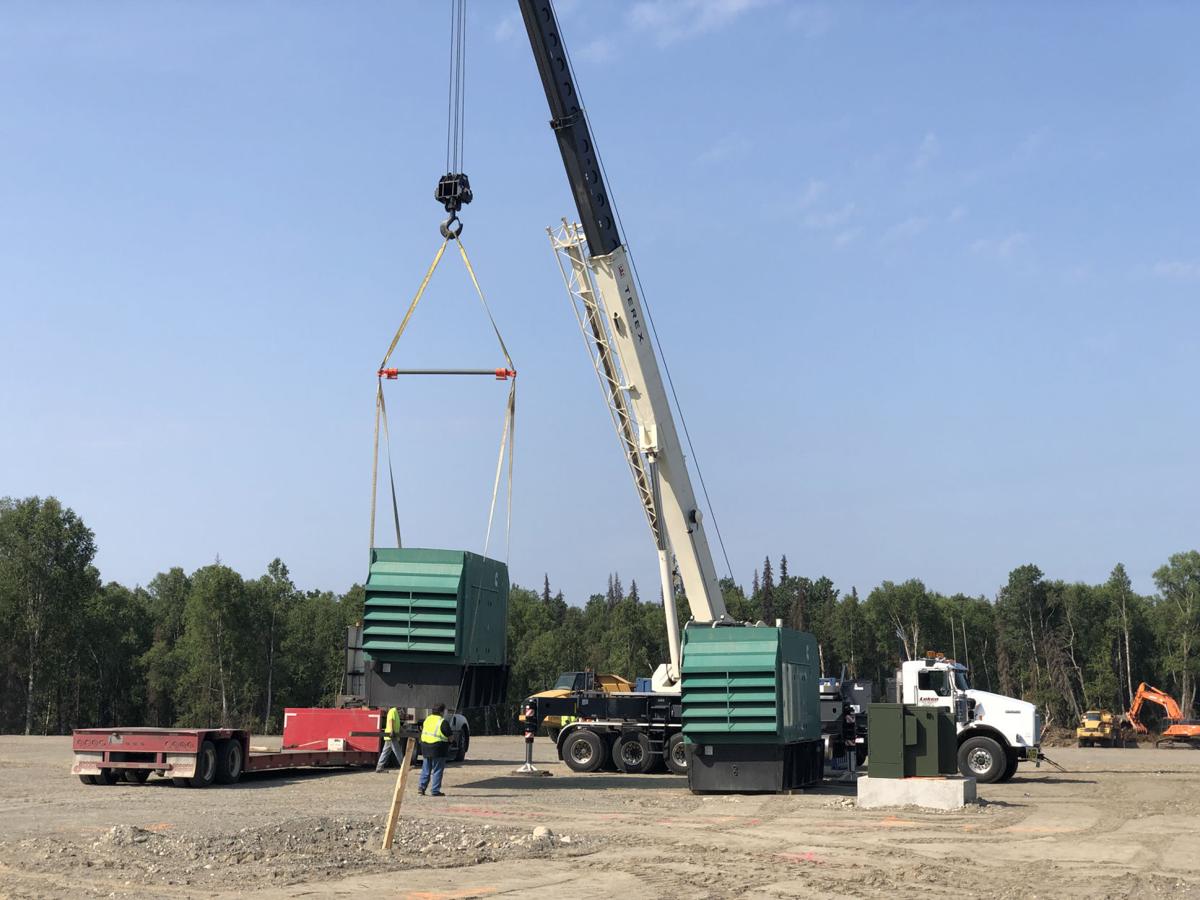 The Pacific Dataport satellite downlink facility in Talkeetna is under construction. 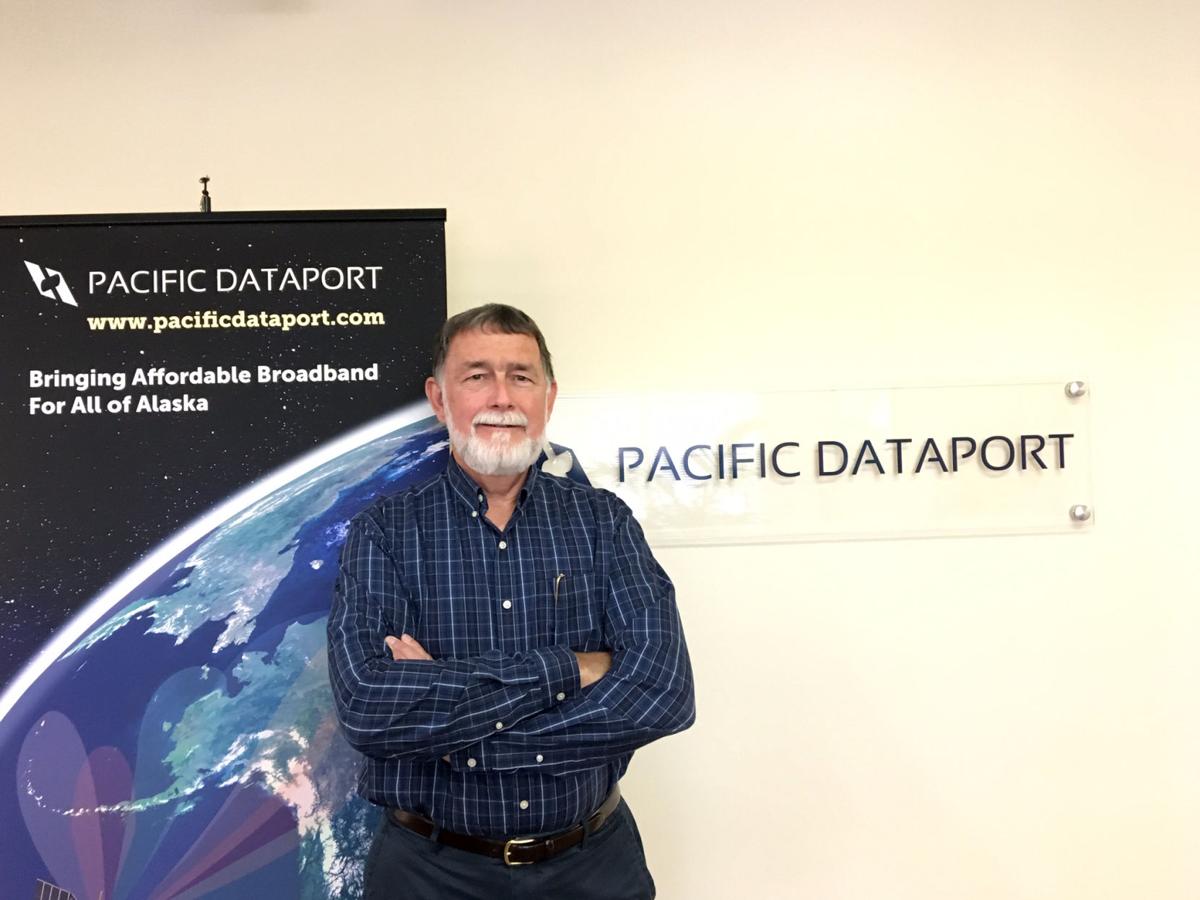 The Pacific Dataport satellite downlink facility in Talkeetna is under construction.

A new $5 million space data center is under construction near Talkeetna with the first phase expected to be operational by the end of 2019. The developer is Anchorage-based Microcom, a 35-year-old Alaska telecommunications service company. A 5,000-square-foot facility is being built on eight acres in the first phase of what could become a telecommunications industrial park. The 90-acre tract was purchased from ATT in April by Microcom’s real estate affiliate TAT LLC.

Buildings and other facilities are now going up at the site and antennas will be in place beginning in September and with a complete array by the end of the year.

Previously AT&T operated a satellite telecom center at the location but the facility was mothballed about 20 years ago. Microcom and TAT purchased the land from ATT in April and recently began building, according to Chuck Schumann, Microcom’s COO. The facility will access data from satellites and serve customers with support for internet and other services, Schumann said. Rural Alaska communities with access to satellites will be able to use the Talkeetna facility as a “gateway” to link to existing fiber optic cable, microwave systems and other ground-based services beginning late this year.

The facility will also be used by Microcom’s sister company Pacific Dataport Inc. to provide new affordable broadband service to rural Alaska. Pacific Dataport will also launch its own satellite next year with capacity dedicated to Alaska and it will be positioned in space at a high latitude over Alaska to be able to offer broadband service to all parts of the state, Schumann said. This is important because geostationary satellites now serving Alaska have been in place for years and will need to be retired soon.

Pacific Dataport has signed a contract with Astranis Space Technologies Corp. to design and build its new satellite and a launch contract is expected to be announced soon. The plan is to place the satellite in geostationary orbit. The satellite will provide 7.5 gigabits per second of capacity and will roughly triple the currently available satellite broadband capacity in Alaska, Schumann said. The company’s plan is to follow this with a second, larger satellite in 2021 that will provide more capacity as well as a backup to the satellite to be launched next year.

Pacific Dataport is also working on the launch of a new satellite with capacity dedicated to Alaska, which is expected to provide advanced Internet service at lower costs to institutional customers and consumers.

“The former Alascom site facility in Talkeetna is a historic asset for Alaska. It gave us our first live TV, and because of it we were able to watch the moon landing in 1969,” Schumann said. The facility once employed more than 20 people, a significant number of jobs at the time, and Schumann believes Pacific Dataport’s facility and the buildout of a new satellite-based telecom park at the site could create significant new high-wage employment in the Mat-Su borough.

Any user requiring high-speed broadband and large capacity will be able to make economical use of the facility, even for data storage where a northern latitude location with cold winter temperatures is an advantage. “People have been interested in the North Slope for ‘data farms’ because of the temperature advantage but Talkeetna offers a similar northern latitude location with many of those advantages but with lower costs and improved access,” Schumann said.

“We wanted to take this historic asset, the old Comsat facility in Talkeetna, and repurpose it to provide affordable broadband coverage across Alaska,” Schumann said.

“Our goal is to provide broadband service with high-speed Internet, and at lower costs, to institutional customers and consumers,” he said. This could include rural school districts and natural resource projects at remote locations like mines, oil exploration and production sites and seafood plants. School districts on small, outlying Alaska communities are currently hobbled by lack of broadband access, limited internet speed and high costs. Because of this rural schools are limited in offering education services that are common in urban Alaska schools, where broadband and higher internet speed is available.