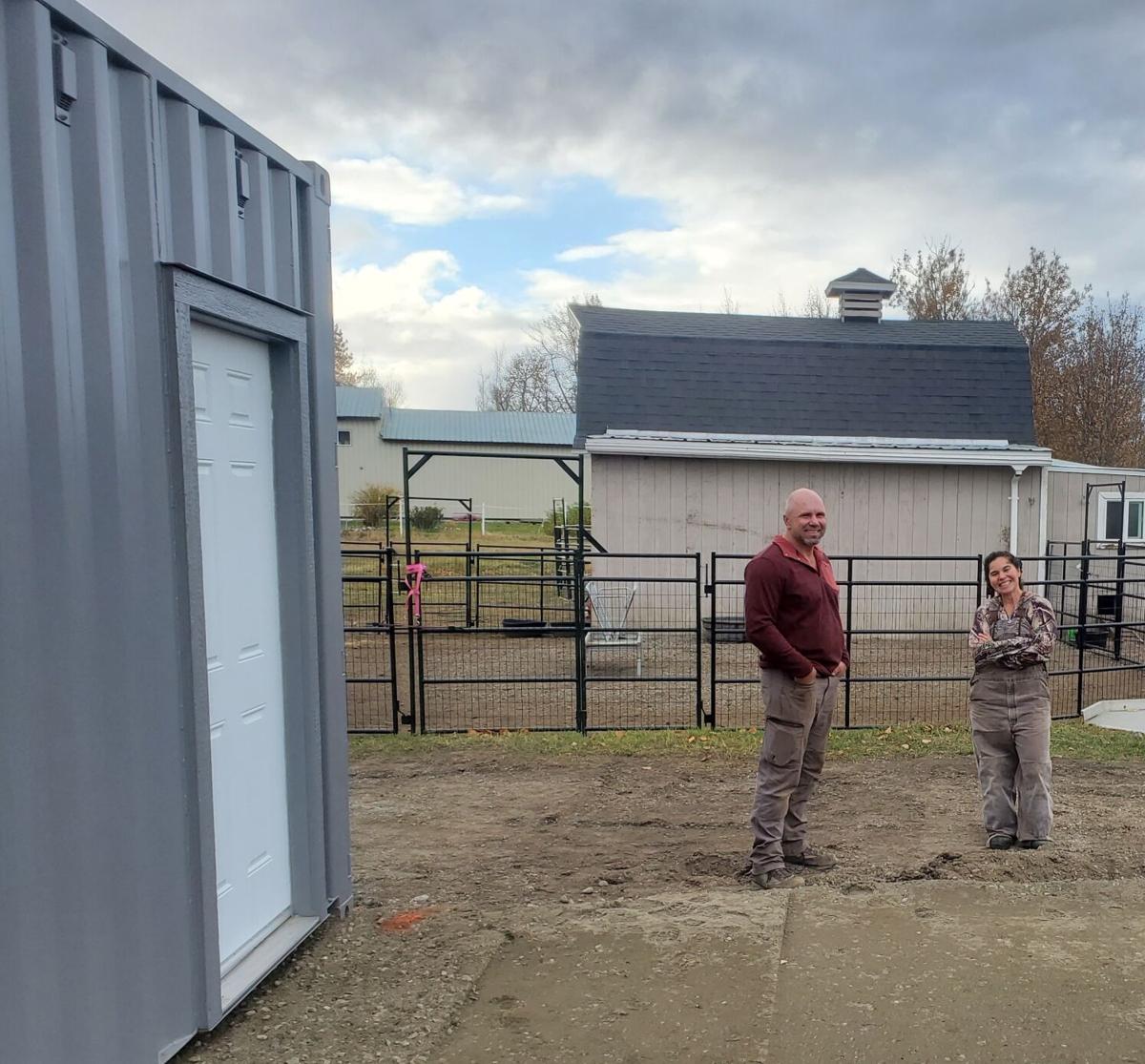 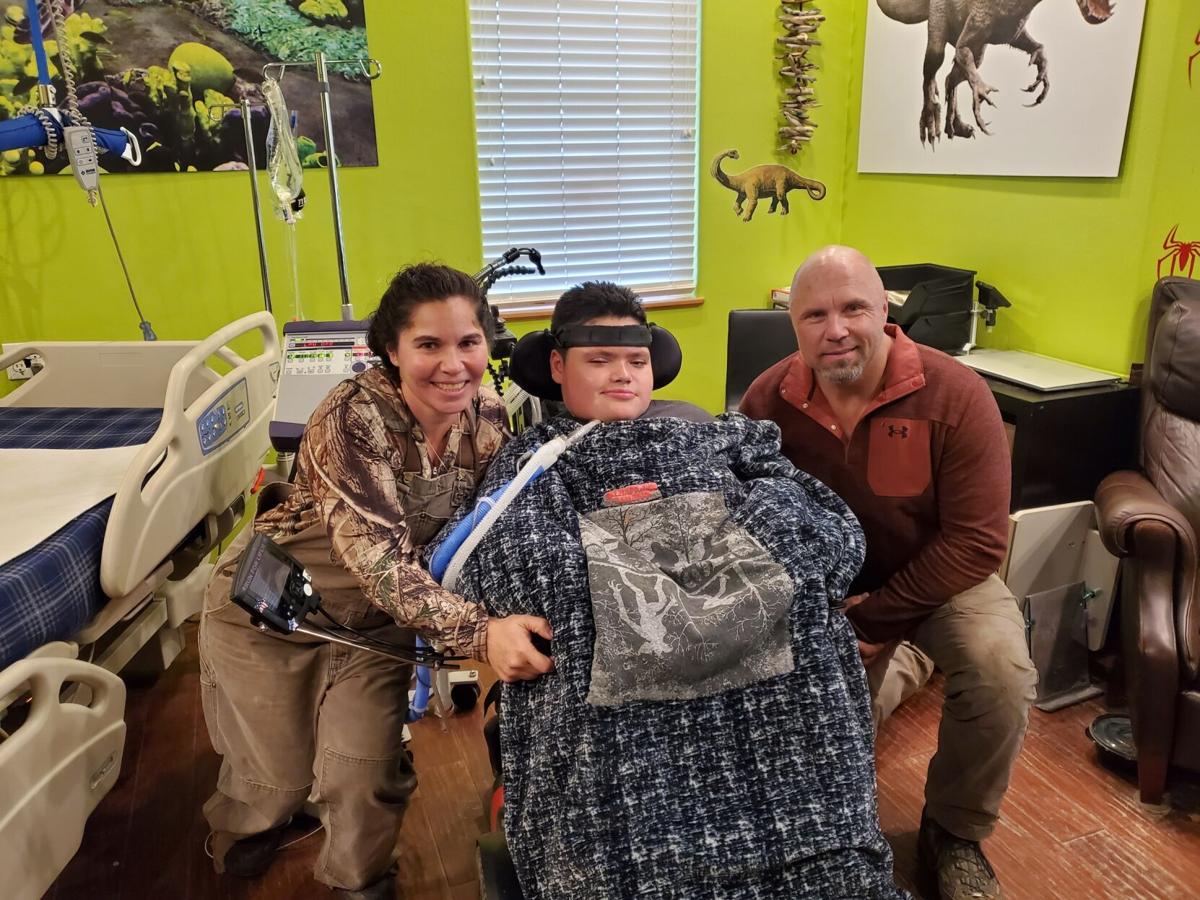 Tina Ervin, right, started Austin's Compassionate Exchange, in the honor of her son Austin, middle, who suffered life-altering injuries in a car accident when he was 5 years old.

Tina Ervin, right, started Austin's Compassionate Exchange, in the honor of her son Austin, middle, who suffered life-altering injuries in a car accident when he was 5 years old.

“I almost gave up this summer… I tried so hard and I felt like I wasn’t getting anywhere,” Ervin said.

Austin’s Compassion Exchange, or ACE, is a lending closet that distributes a seemingly endless array of donated medical supplies to local individuals and families in need. There is no concern over payment or how long a client needs to use equipment like wheelchairs or medical beds. Ervin said the main objective is to get important items to people in need.

“When you need medical supplies you need them now,” Ervin said. “Living it… You know what it’s like on both sides.”

ACE is named after Ervin’s son, Austin, who was paralyzed in March of 2013 after a nearly fatal vehicle collision when he was 5 years old. The incident left Austin quadriplegic and wheelchair bound with a ventilator.

“The reason I do it is because of my son. I know what it’s like needing medical supplies and you can’t get it,” Ervin said.

It’s been a rough year for ACE, according to Ervin. She said that she was struggling to raise enough funds to move her shop and warehouse project forward until a spring of large donations trickled in from the community, many of whom were past clients.

“This big rainstorm and wind storm came in and tore up our tents. I lost a bunch… I posted on Facebook, ‘I think this is a sign. I’m done.’ And I had an outpour of, I would say, 100 comments come in, saying, ‘please don’t stop. So, I’m like, “okay, I’ll keep going.’ Then Jamie came. Then some money came. So, I was like, ‘cool it’s happening,’” Ervin said.

Big Country Excavation owner Jamie Bailey donated his time and materials to help install the connexes, and clear the land between them as the future shop site. He said that the project would normally run around $12,000. He did the whole thing free of charge.

Bailey said that he’s a huge fan of Ervin’s work after finding out about it through his partner Janina Fuller. He said they were already looking for ways to give back to the community and felt that Ervin’s cause was just the kind of cause they were looking for.

“She’s amazing,” Ervin said. “Everybody needs help, and there’s very few people who will help. A lot of people talk it, but they don’t actually go out and do it

Big Country Excavation completed the project over the course of two-and-a-half days.

“This is a lot of fricking work that they did,” Ervin said.

The longer term goal is to construct a two story shop and warehouse between the connexes. Ervin said she’s striving to consolidate her overflowing inventory on her home property and additional lot off Hyer Road to one place, back home, the base of operations.

“We’re bringing everything here. That way I’m at home with my son,” Ervin said.

Many Valley residents will likely recognize Austin’s iconic Spidey Bus, a vessel for his love for comic books. It can also be seen as a big, red reminder of a local mother’s ceaseless work to her sons and her community.

Ervin said that she couldn’t keep up without the continued public support.

“It’s awesome. I’ve been doing this for 5 years… It’s nice to be able to get some help,” Ervin said.

According to Ervin, ACE is just one of three total lending closets across the state.

“Some say we’re the biggest loan closet in Alaska,” Ervin said. “I get 40 calls a day, 10 people a day showing up… People appreciate it… I get a lot of comments on Facebook. They all know Austin and his story.”

Ervin said they have just about any medical supply, tool or particular piece of equipment on hand, readily available and always acclimating more.

“I just want people to know if they need something, don’t buy it. Give me a call first,” Ervin said. “We have a lot of stuff and people can just come and grab it.”

Ervin said they receive an endless supply of donations from surviving family members, offering expensive equipment previously used by their loved ones.

Due to the high volume of donations, Ervin is seeking donations and for the first time ever, grants to fund her warehouse project. She said that she can’t keep her nonprofit going without that facility. She said that all she needs at this point is concrete and trusses to get the building in place.

“If I had concrete and trusses, I’d have one right now,” Ervin said.