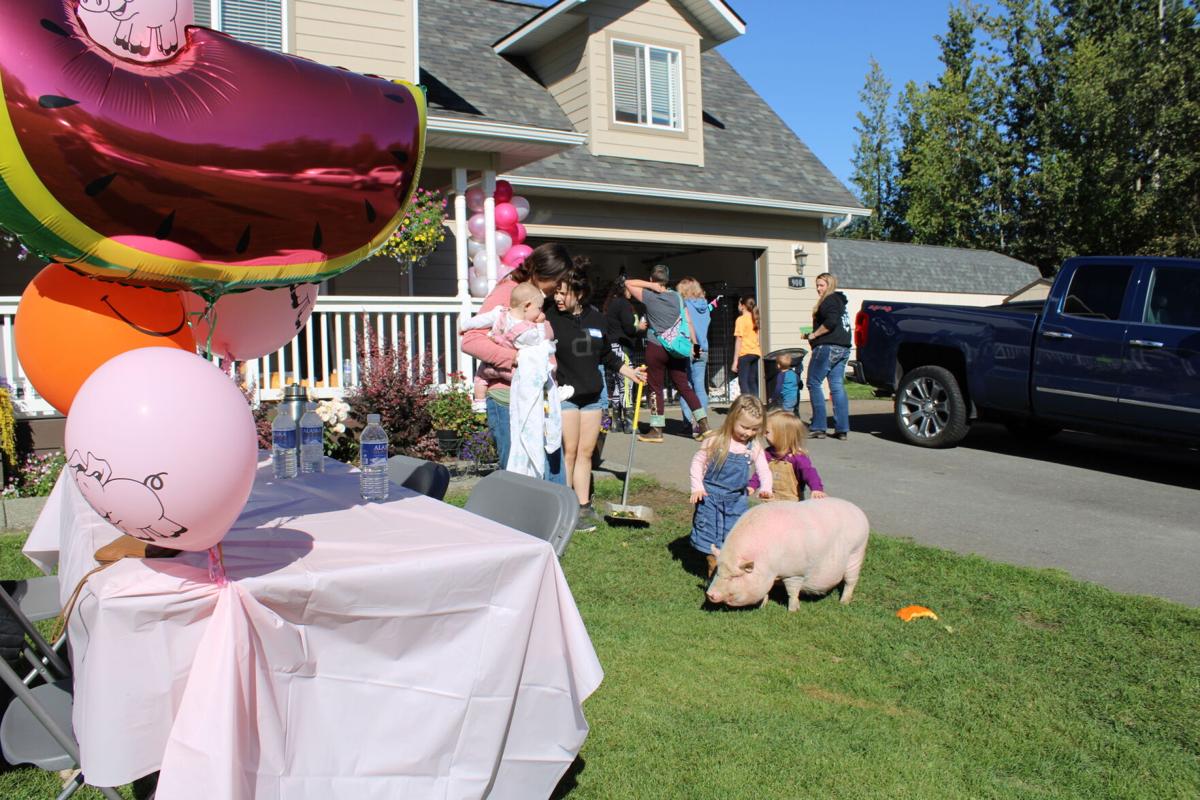 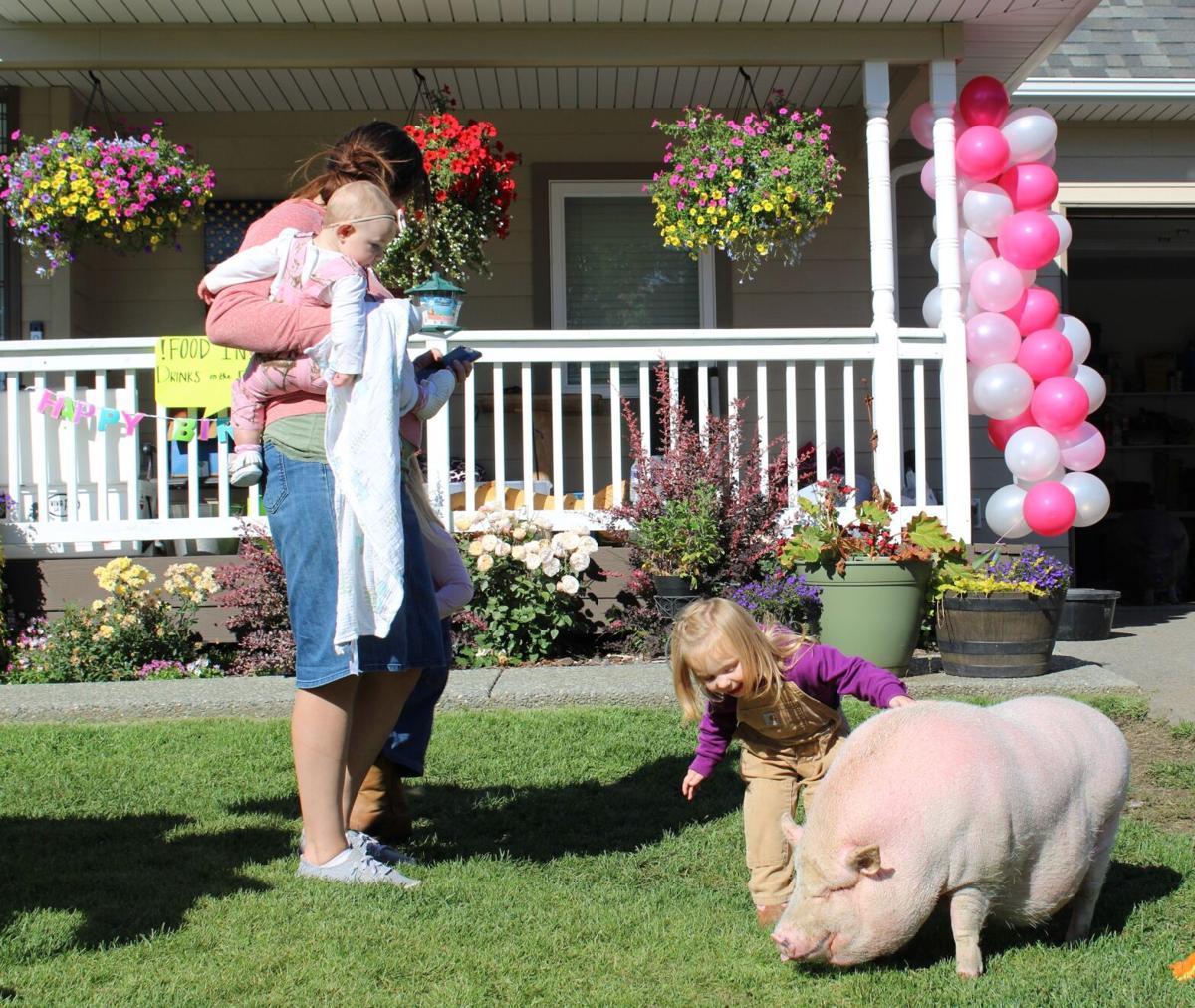 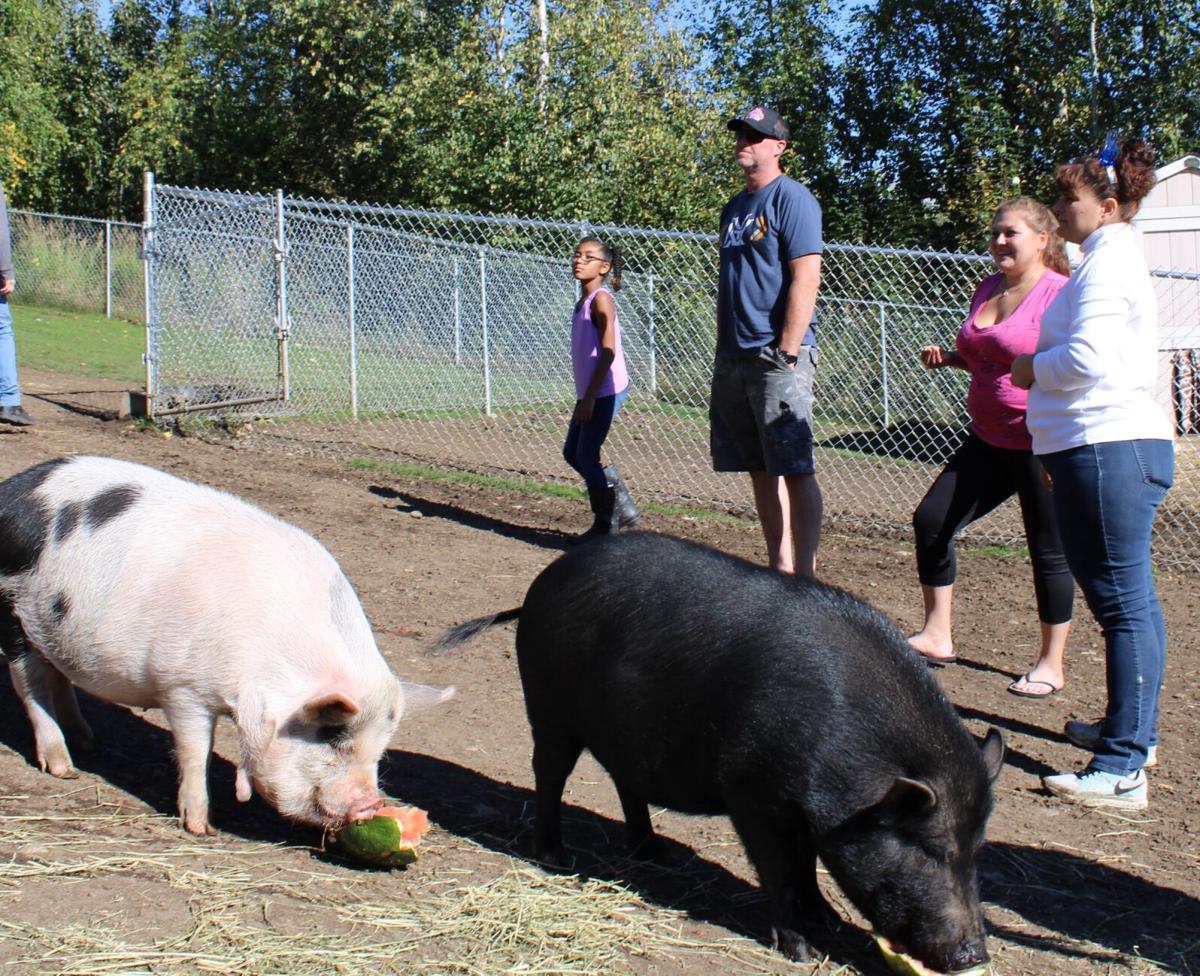 Sheila Pontier shares facts about pigs with her guests.

Sheila Pontier shares facts about pigs with her guests.

“We want people to come and see our cause and what it’s all about,” Pontier said.

The party was open to the public and numerous guests cycled through Pontier’s property, able to visit with pigs in the front and back yards which were set up specifically to promote the best quality of life for each rescued hog.

Pontier started up the pig rescue operation last April after accumulating numerous pigs from across the community. She said that she saw a great need that needed to be met and decided she was going to step into that role. She had 14 pigs by the time she officially became a nonprofit.

Whether people are purchasing pigs for pets or for meat, too many go into it undereducated and underprepared for the specific needs potbelly and other pig breeds need. She said that home checks aren’t the norm resulting in countless displaced pigs in need of a proper home.

“People doing adoption need to do a lot of research,” Pontier said. “Getting an animal should never be on a whim. Everybody in the family needs to be on board and you have to educate.”

Pontier said that their operation requires home checks before approving an adoption. She said that she takes her time with the rehabilitation process too, ensuring that she deworms and socializing the pigs while making a detailed observation of each one’s personality.

The average potbelly pig lives 15 to 20 years, according to Pontier.

“It’s a commitment,” Pontier said. “They’re wonderful, intelligent creatures… They all want love. They all want to snuggle you with their snouts.”

Pontier said that she has additional property with more pigs to accommodate the ceaseless demand for care. She said that she’s moving the operation from her home to a full fledged facility that will house all the pigs and serve as the main headquarters.

“It’s a lot of work, a lot of chores but it’s a lot of fun. It has its ups and downs… Rescue is not an easy business,” Pontier said.

Pontier said they’re always seeking donations including blankets, vegetables, straw, and monetary donations for feed and other items to care for the pigs.

“We just love animals in general. We do what we can,” Pontier said.

Alaska Potbelly Pig Rescue is mobile and rescues pigs across the state. Pontier has two employees with several steady volunteers rallied behind her cause. She said that 90 percent of general operations comes out of her own pocket.

“It’s not about the money it’s about finding them a quality home,” Pontier said.

Rebecca Toston was hired two months ago. She said that she’s working to become a veterinarian, and she noticed the advertisement for the position online thinking it would be the perfect fit.

“It was a great choice. I love this job… It’s so fun seeing all their different personalities,” Toston said. “I didn’t know there was pig rescue until I saw this. It’s great that she takes them all in and gives them a good home until they’re adopted… It’s incredible how she does it.”

Local mother Bethany Poleman saw the event on Facebook and told her daughters, Adelynn and Felicity about it. She said they were ecstatic about the idea, so they stopped by to visit the pigs.

“We think it’s a cool little event,” Poleman said. “I think it’s amazing these pigs have opportunities like that especially in Alaska.”

For more information about Alaska Potbelly Pig Rescue, visit akpotbellypig.org or email info@akpotbellypig.org. All the pigs eligible for adoption have bios posted on the website. They also post regularly on their Facebook page.

I always love to hear about free food and fundraisers...the week AFTER they occur.

It always tastes better and is so much more economical that it's a break from the ordinary.