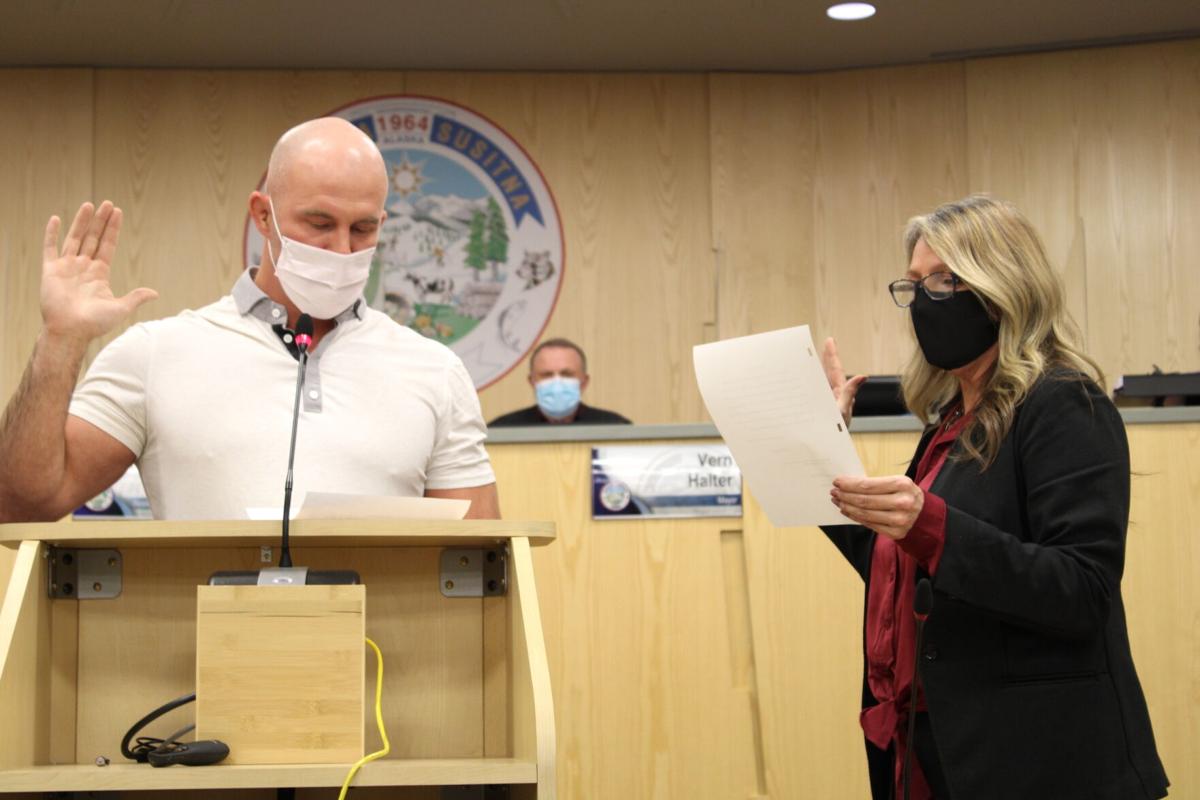 Rob Yundt II was sworn in as the newest member of the Mat-Su Borough Assembly. 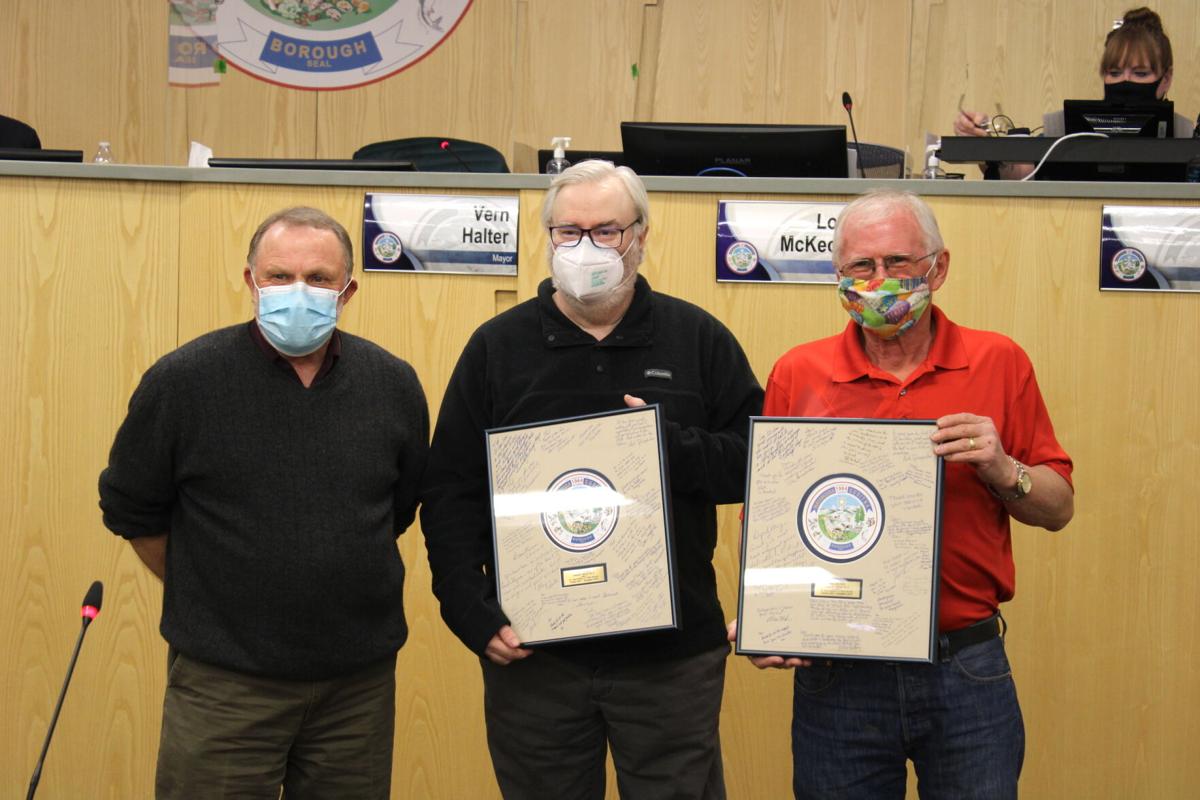 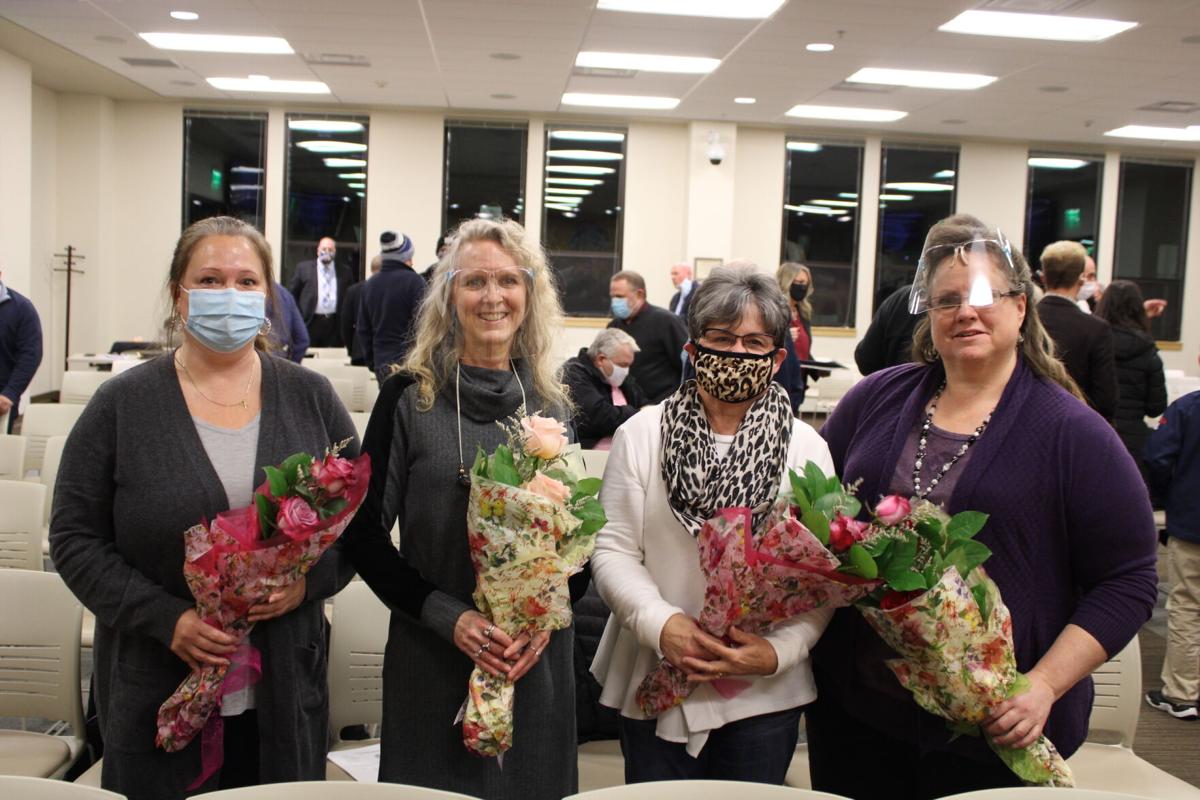 Rob Yundt II was sworn in as the newest member of the Mat-Su Borough Assembly.

“I was actually born in this district, I was actually raised in Williwaw,” said Yundt. “I think it’s just a testament to everybody that works hard there. I’ve been working hard in that district since I got out of high school.”

Trailing Yundt in the race in District 4 was Colleen Vague with 751 votes and Amber Sanchez with 642 votes. With his family in the seats watching him, Yundt raised his right hand and was sworn in as a member of the Assembly by Clerk Lonnie McKechnie.

“Everyone came here for opportunity tand i think everybody knows I represent that,” said Yundt. “What we want to do here is keep the budgets balanced and then stay out of the way of growth, let people live their dream out here. It’s pretty much 180 degrees opposite of what you’re seeing in Anchorage.”

In the race for Assembly District 5, Clayton ‘Mokie’ Tew will again be part of a recount process. After losing in a recount in 2017, Tew holds an 11-vote lead over Lisa Behrens. Tew received 1,312 votes to 1,301 for Behrens. Also receiving votes in the race for the Assembly seat in District 5 was Mike Alexander with 938 and Ken Koch with 433. The 11-votes separating Tew and Behrens is just .27 percent of the ballots cast for District 5.

“We did receive a recount request for Assembly District 5,” said Mat-Su Borough Clerk Lonnie McKechnie. “Code requires us to do it within seven days of the request. However I do need to tell the Assembly that we do have a staff member out with covid, we also have another staff member that, these are main election people, another staff member that is out because she had close contact. She is so far testing negative. I hope to get it done within seven days, we will see what happens.”

Borough Canvass Board Chair Theresa Thompson delivered her report to the Assembly detailing the process for counting votes accurately.

“To orchestrate it was quite an undertaking all it’s own. More election officials than not work for both the state and the borough. Trying to find enough election officials even with half the precincts closed was an issue. There was also a concern for ascertaining polling locations large enough to accommodate the space,” said Thompson. “Trying to account for each ballot took massive amounts of tracking. After a long history of sharing equipment with the state of Alaska, we have gone solo. Our new equipment provider is from Dominion. This new equipment brings us up to date with technology and allows for a more efficient ballot casting and reporting some helpful information.”

Thompson detailed the challenges in conducting the first Borough election at the same time in the same place as the state elections. Thompson said there was some ballot confusion from voters and voters chose various methods of deciding not to vote once they received their ballot. There were 28 voters who signed the register and did not take a ballot but only wanted to vote the state ballots, according to Thompson.

“The canvas board discovered that there were eight double voters in this election. This was more than we’ve ever found. Four of these voters voted early and questioned. Neither of their votes counted. Four other either voted early or at the precinct and then voted early or by mail. In this instance, their early or precinct vote counted but their absentee did not. The clerk’s office will relay these double voters names to the District Attorney,” said Thompson. “I would also like to point out that nothing we found could affect the results in any of the races. There were a grand total of 16,811 total votes cast in this election that was a 32.86 percent voter turnout.”

Mayor Vern Halter became teary-eyed and emotional as he bid farewell to his colleagues on the council in Leonard and Deputy Mayor Mayfield. In his final comments as a member of the Assembly, Leonard thanked the Canvass Board.