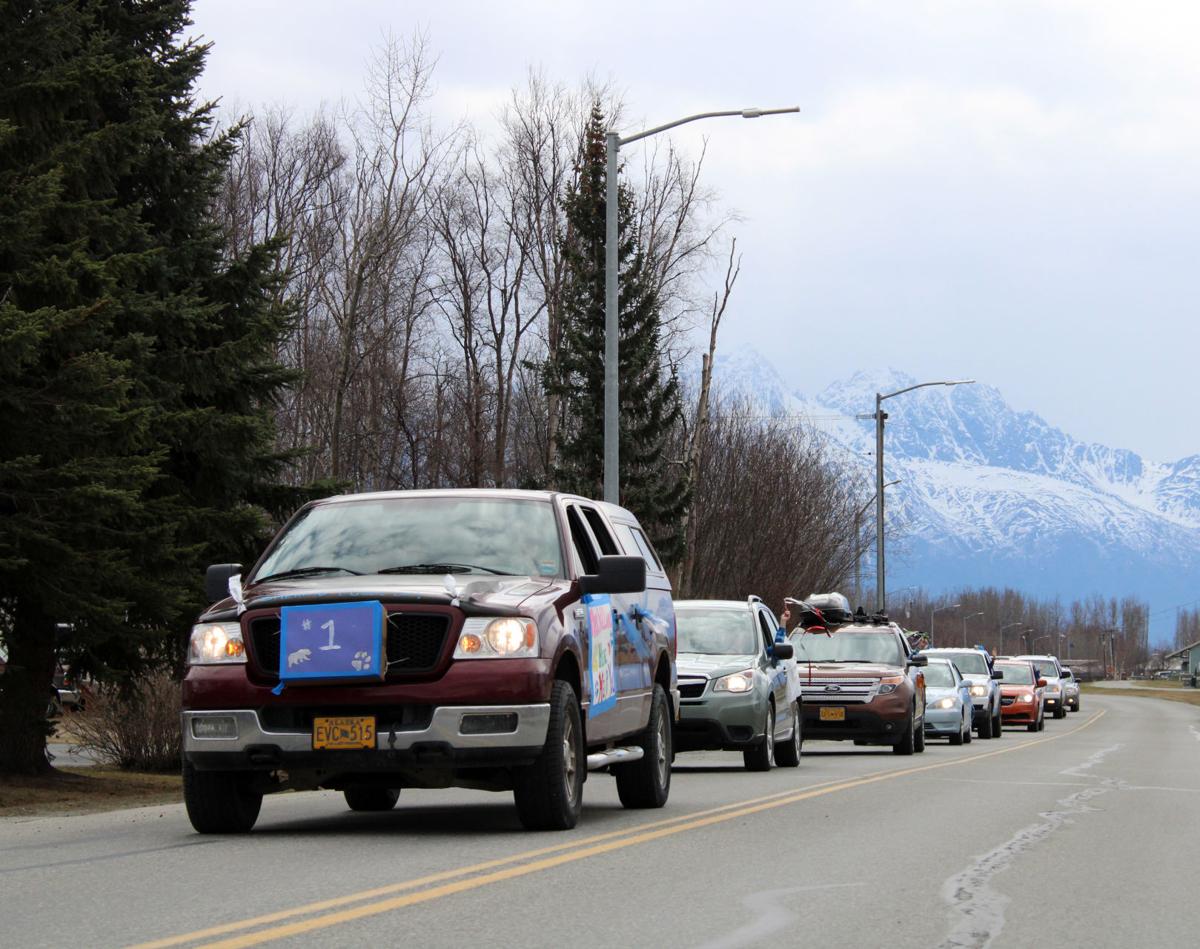 A group of vehicles driven by Sherrod Elementary staff parades through downtown Palmer Friday, May 1, 2020. 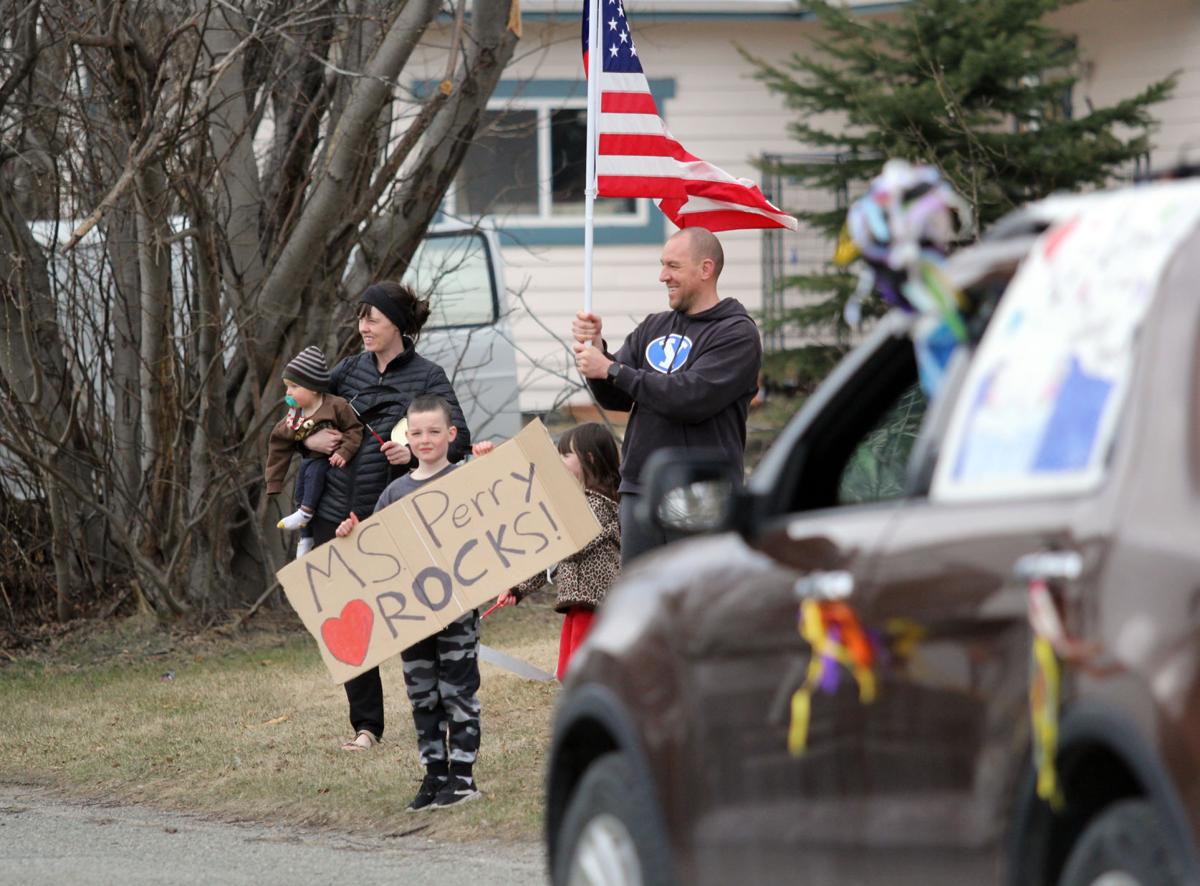 A family cheers as a parade of vehicles driven by Sherrod Elementary staff members circle through the Valley Trails subdivision Friday, May 1, 2020, in Palmer. 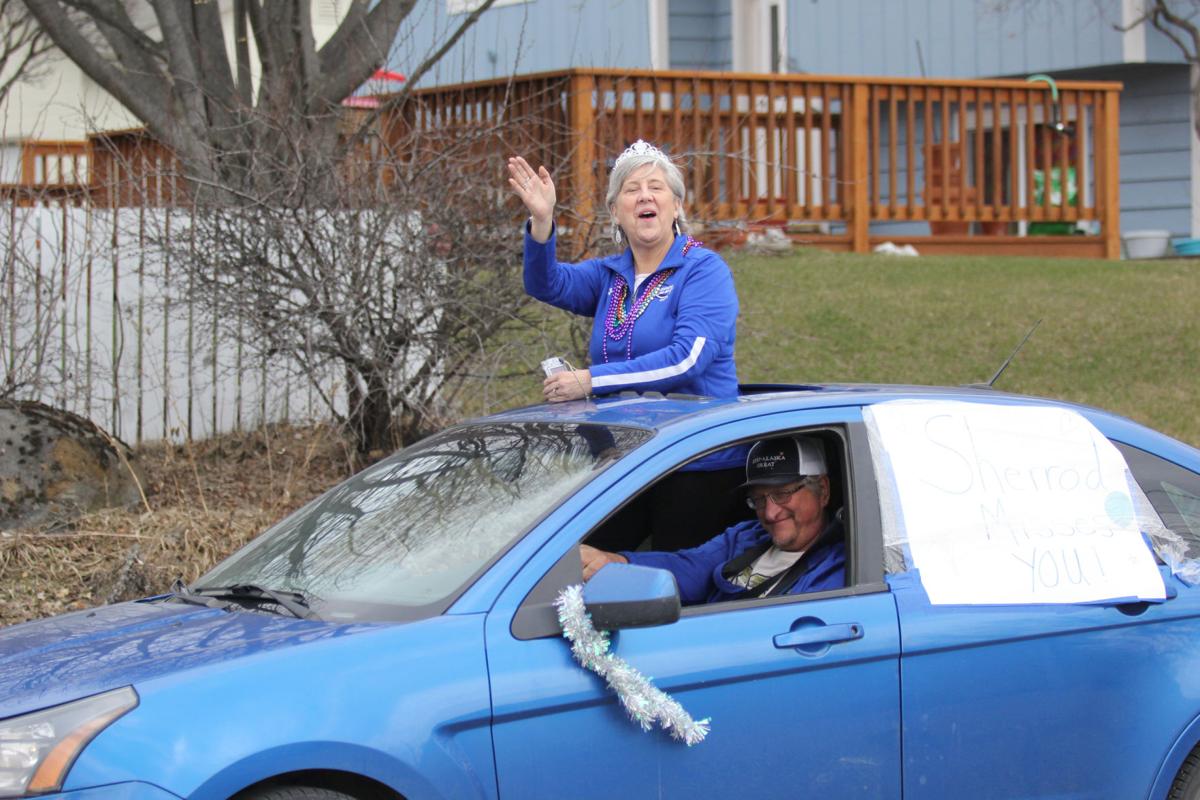 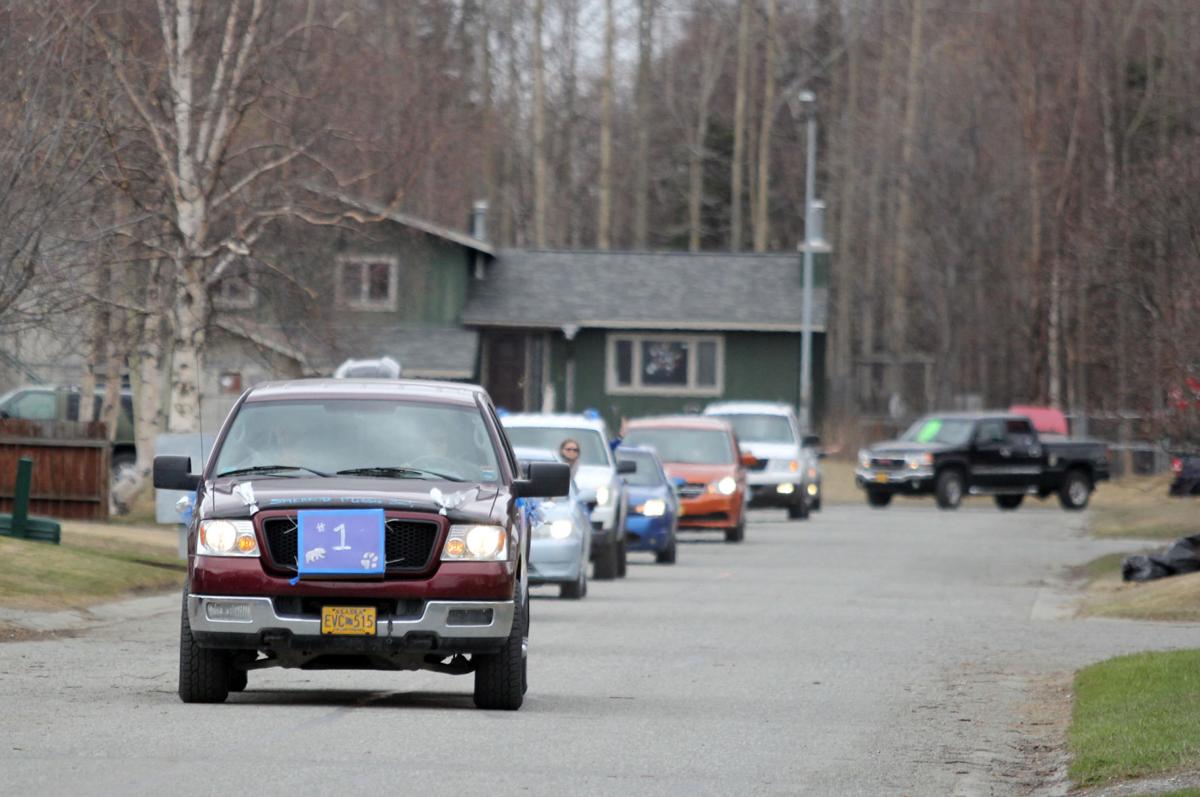 A parade of cars driven by Sherrod Elementary staff members followed the school's bus route to wave to students and parents who lined neighborhood streets in Palmer.

A group of vehicles driven by Sherrod Elementary staff parades through downtown Palmer Friday, May 1, 2020.

A family cheers as a parade of vehicles driven by Sherrod Elementary staff members circle through the Valley Trails subdivision Friday, May 1, 2020, in Palmer.

A parade of cars driven by Sherrod Elementary staff members followed the school's bus route to wave to students and parents who lined neighborhood streets in Palmer.

PALMER — On Friday, Palmer residents welcomed the minor disruption in traffic as over 100 staff members from Sherrod and Swanson Elementary schools drove a motorcade to see as many of their students as they could for the first time in over a month, all while maintaining a safe distance.

With school staff and students unable to physically engage in learning in classrooms all across the country due to travel restrictions brought down following the spread of COVID-19 in the United States, teachers have become increasingly prone to go and see their students by driving by and waving at families and children lining the streets where they live.

“Every school has adjusted to meet the needs of the school community and I think families love it. I think the kids just miss their teachers and it’s an opportunity to see their teacher,” said Mat-Su Borough School District Public Information Officer Jillian Morrissey.

Morrissey noted that elementary school staff across the Valley have provided unique experiences to see their students without a computer screen. Machetanz Elementary was the first to bring this phenomenon to Alaska, taking approximately 50 staff members in a motorcade along bus routes to wave at their students from their vehicles. Machetanz principal Jennifer Dowd began planning a motorcade after her staff members had noticed the trend picking up in the Lower 48, but plans were put on hold when Gov. Mike Dunleavy announced that schools would remain closed to students for the remainder of the year.

“It was a really hard thing to hear that you’re not going to be going back to school,” said Dowd. “I’m so proud of our teachers and I’m so proud of our families and we know that they didn’t sign up for this but they really are rocking it.”

As the announcement came down that students would not return to schools for classes after spring break, Dowd and her staff began planning a spirit week. The first day of spirit week was parade day, and Dowd and her staff loaded up in vehicles to see their students in person. After the motorcade route had been completed and tears were shed by both staff and students, Dowd said that she was told by staff members that they needed that experience more than they thought, and will run another motorcade out to Machetanz families on the last day of school.

“It was an awesome day. It brought a lot of tears of joy, some tears of sadness but it was a really great time,” said Dowd. “We’re communicating with our families more than we ever have to try to do the best for all of our students and I’m just so proud to be the principal at Machetanz.”

Over 900 students attend both Swanson and Sherrod Elementary Schools in the heart of Palmer, and the combined 14 bus routes took staff members more than five and a half hours to drive. Sherrod principal Lorri Cook said that staff has come to appreciate parents even more over the process of enabling students to learn from home. Sherrod and Swanson staff traveled north to Sutton, back down to Palmer Fishhook and around the Springer Loop system to see as many of their students as they could before returning to school.

“Seeing their faces, we saw definitely some tears, definitely high emotions from the staff and students and it definitely touched our hearts. It was a great way to make closure,” said Swanson principal Rourka Spatz.

Sherrod librarian Sean Williams helped organize the daunting task of planning to travel across 14 bus routes safely with a massive motorcade of staff vehicles who all wanted to see their pupils. Williams said they considered traveling two bus routes per week, but opted to make the trek all in one trip rather than spreading the process out over a period of seven weeks.

Williams led the parade of vehicles that created minor traffic difficulties around Palmer for nearly an entire afternoon. Williams was charmed by the amount of time and effort many families put into making signs to show off to their teachers, and even joked that some students spent more time and effort into their signs than their teachers had.

“I think today is kind of symbolic about how this whole school closure remote learning experience has gone which is, we’ve all been thrown a curveball,” said Williams. ‘Despite that, many people both in the teacher’s side and the parents and their students have really stepped up to the plate and tried to deal with this problem productively.”