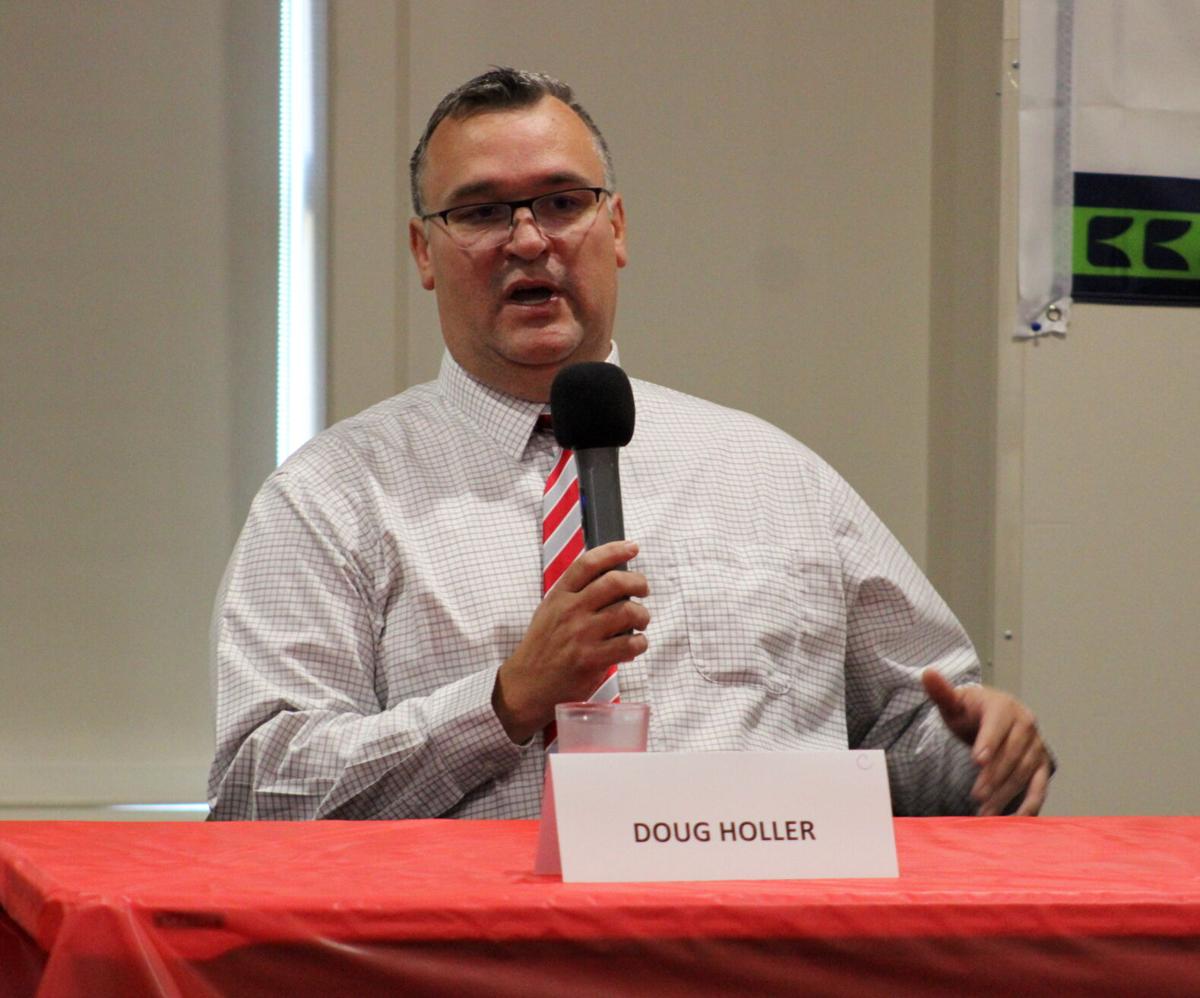 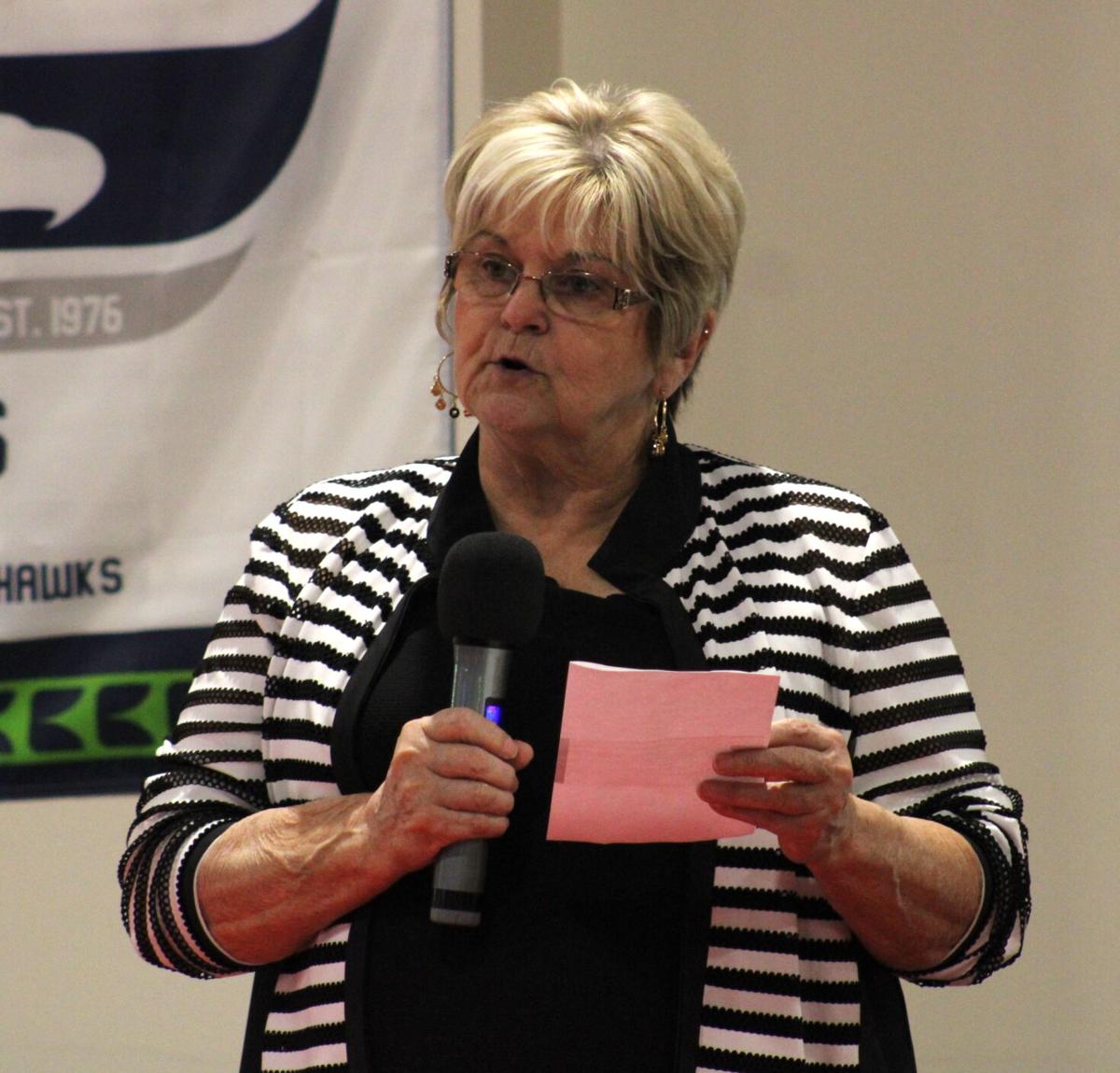 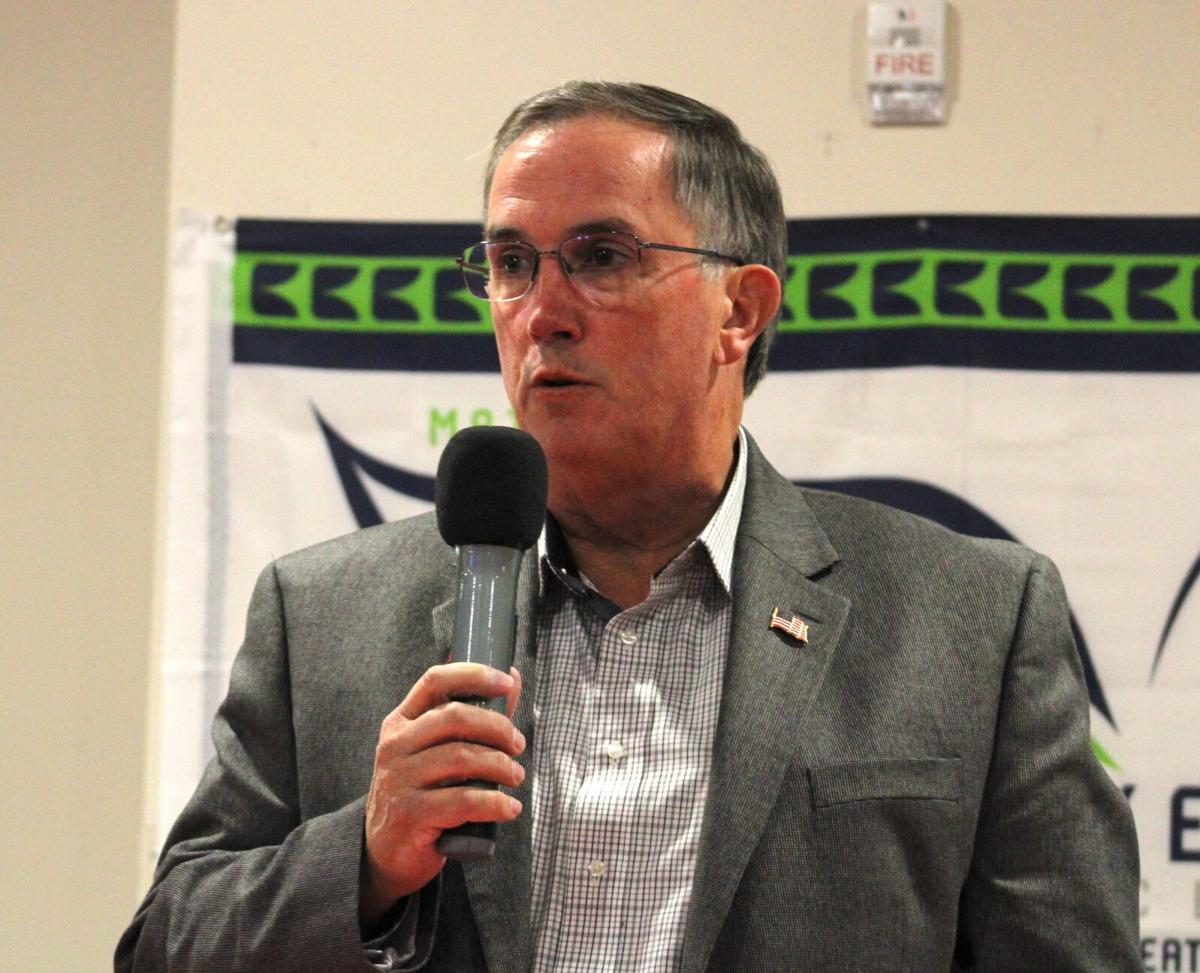 WASILLA —The Greater Wasilla Chamber of Commerce held a forum for Wasilla Mayor at their luncheon on Sept. 29 at the Extreme Fun Center.

Wasilla has three open races with Tim Johnson running unopposed for Council Seat C and Jo Lynn Bozer and Simon Brown II running for Council Seat D. Each candidate was given time for an introduction and closing remarks and given the opportunity to ask a question of their opponents. Chamber moderator Cheryl Metiva asked five questions, allowing time for a rebuttal for the first three responses. Metiva asked:

Which relationships do you feel need to be strengthened and how would you go about doing that?

Of all the issues Wasilla faces, what do you feel you have control over and how would you go about correcting or improving said issues?

With limited police resources, where would you focus the police department?

How would you develop the area around the new location of the historic depot?

Stu GrahamStu Graham has lived in Wasilla for over 30 years and served on the council for six years. Graham works for Matanuska Electric Association and has served as President of the Alaska Municipal League in the past.

“We’ve been able to work together to set goals to move the city forward and to realize where our footing is and a big part of that footing is in businesses, being able to attract businesses so that the businesses can generate and collect the sales tax that keeps us in the city from having property tax so we must continue to be business friendly no matter what,” said Graham.

Graham and each of the other two candidates gave a similar answer to the first question, stating that he would like to foster discussions with local business owners. Graham had differing opinions from his opponents on the Police Chief recruitment process.

“The Mayor needs to set the tone for the Police Department. The Mayor is the CEO for the city. The mayor needs to look forward and look down the line and see what’s happening and the mayor needs to have the right people as division managers to accomplish that,” said Graham. “We need to get a permanent police chief installed. People don’t think about that much because we have a police department. We have an acting chief who is doing a good job but he is an acting chief. We need a permanent chief in there, somebody that can look forward.”

Graham asked Holler if he would support hiring police chief candidates from outside the city of Wasilla and asked Ledford about redevelopment projects and how she would fund them.

Glenda LedfordDeputy Mayor Glenda Ledford was appointed to the Wasilla City Council in 2017 and re elected that year. Ledford owns a business in Wasilla training hairdressers and said her personality and experience with people would be an asset. Ledford also said that she would strengthen relationships with monthly meetings with business owners and said that fostering a relationship with the Department of Transportation was essential to alleviating traffic issues.

Ledford asked Holler about how he would pay for a revitalization project and if it would be commercial or residential. Calling on recent city council discussion, Ledford asked Graham about his CARES act idea.

“Why do you want to give $1,500 to buildings? The past city attorney said to you that you couldn’t do individual stimulus checks. The current attorney has said the same thing. The city financial officer called to rule 43 so I want to know why,” asked Ledford.

Ledford said that a surprising feat she would hope to accomplish in the first year if elected is to establish a downtown district in Wasilla.

“The first order of business is going to be a permanent police chief but then that downtown, that little core area there has always been a passion of mine because slowly but surely we are upgrading those buildings to where they can be used. I would love to see us to be able to have little mom and pops in there even if It’s only at Christmas time or just the holiday season or whatever because that will give people the idea that that’s going to be our downtown area,” said Ledford.

Ledford said that she believed land adjacent to the historic depot was private and could not be developed but stated hope for a commuter train between Wasilla and Anchorage. Holler asked Ledford about her Alaska Public Offices Commission donation reports.

“I’ve been a conservative my whole life and I’m not going to change now just because I’m running for mayor because you don’t change spots on a leopard so these are my spots and that’s one thing that will make me a good candidate for mayor is because I do have a working relationship with our legislators and the governor,” said Ledford.

Doug HollerDoug Holler previously served on the council and has lived in Wasilla for 40 years. Holler currently works as an Airport Policeman in Anchorage.

Holler focused his time on discussing traffic issues around Wasilla and how he felt WPD could curtail crime by enforcing traffic more aggressively.

“The mayor would have a grasp of being able to work with the police department in designing a traffic division. I think it’s much needed,” said Holler. “I think traffic, developing the traffic division I think people would see within a year maybe some changes in driving behavior. The other thing is the homelessness and vagrancy that we have in the city and that’s visible by everybody that lives here and it’s at a small level right now that we can do something about it, but if we wait it gets bigger. Some of my ideas is citing people who actually hand out food or money to people,” said Holler.

Holler said that he would like to organize local business meetings and curtail homelessness. Discussing Wasilla Police, Holler did not believe that WPD is understaffed or that a new police chief needed to be recruited from outside of Wasilla.

“As far as getting a new chief, I’m not sure if I’d look outside the department. You have capable people within the department that have been there for years and they know the issues around the city and you know making comments like having cops sit around looking for studded tires is just ignorance. You know I don’t think we’ve ever seen a cop just sitting there looking for just studded tires so again I don’t think we are short staffed,” said Holler.