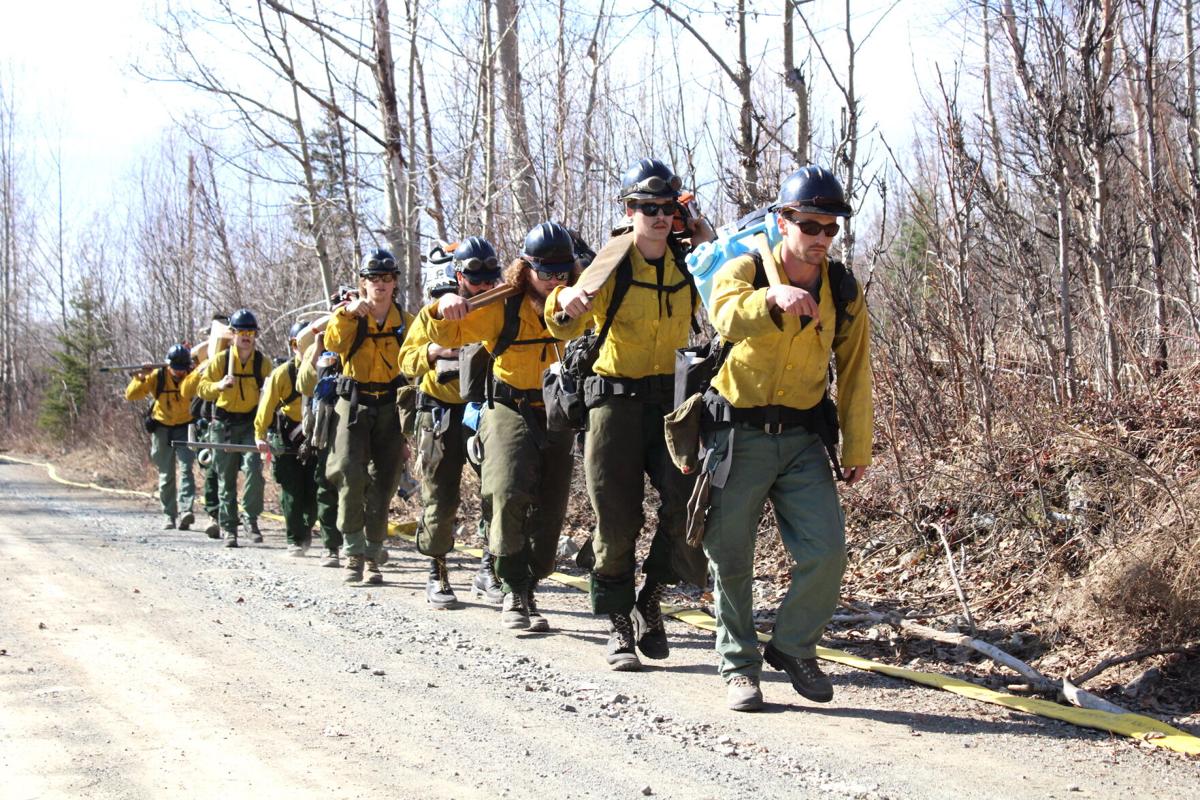 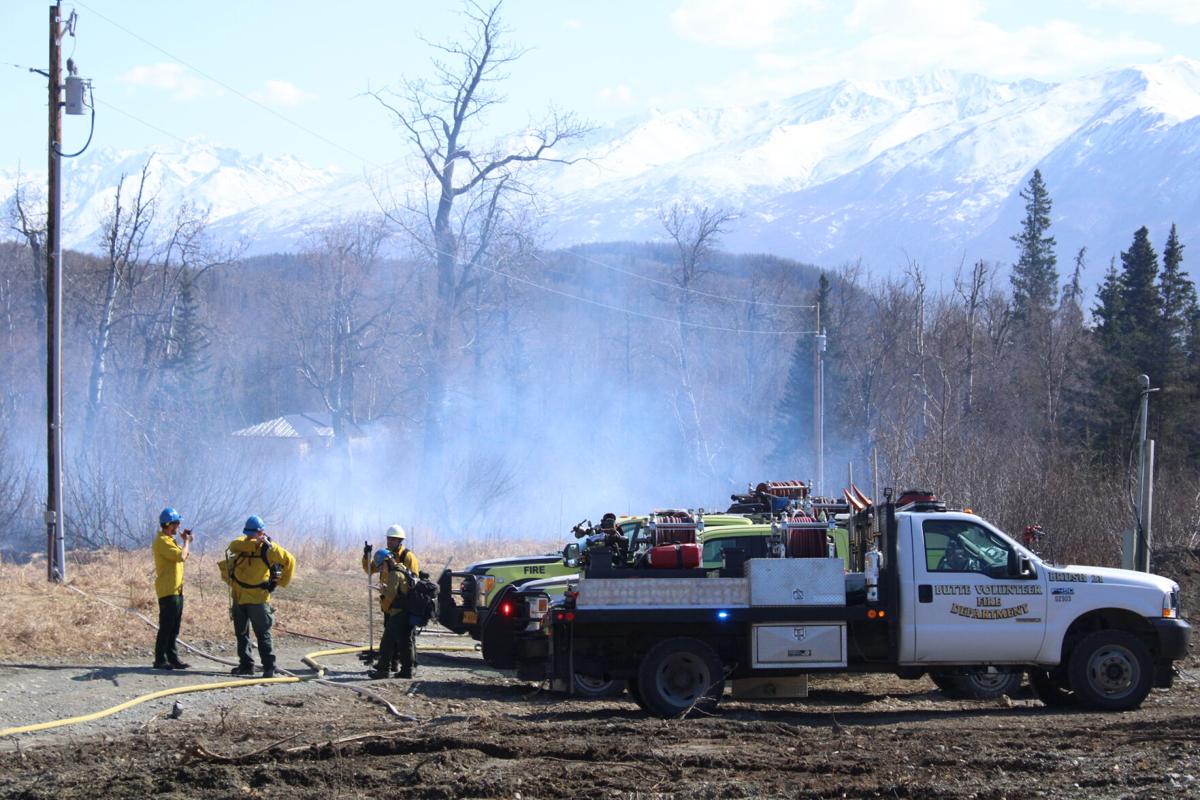 BUTTE — Fire crews from the Alaska Division of Forestry, Palmer Fire and Rescue and Butte Volunteer Fire Department responded to a two-acre brush fire at the end of Marley Drive off of Maud Road in the Butte just before 3 p.m., on Wednesday.

The fire is burning mixture of grass and hardwoods and a cause has not been determined yet, and is still pending investigation.

“They did have one little spot fire that got outside of the containment that was a little 50-by-50 area so they’re getting lines around that. At this time we have not called it contained, however they do have water around the fire and they’re working to contain it,” said DOF Fire Management Officer Phil Blydenburgh.

“In the Palmer, Butte and Wasilla core areas anywhere we have that grass exposed, it is, the fire danger is very high especially with the winds that we have today,” said Blydenburgh. “The grass that’s exposed right now is considered dry and flashy. If there is an ignition potential for something to get into that when you have wind like you do today, that can cause fires to move fairly quickly through that grass component.”

Blydenburgh said that the firefighters on scene had created a barrier around the two-acre fire with water and that it would likely be contained later Wednesday evening. He encouraged those with burning needs to heed the weather and secure a burn permit before setting grass and brush on fire.

“I would just encourage people that are going to get out and do that, it’s best if you don’t have to do it now wait till the grass greens up. If you do have to do it by all means get one of those permits and follow the conditions on the permit because they are designed to keep people out of trouble with fire getting away from them,” said Blydenburgh.