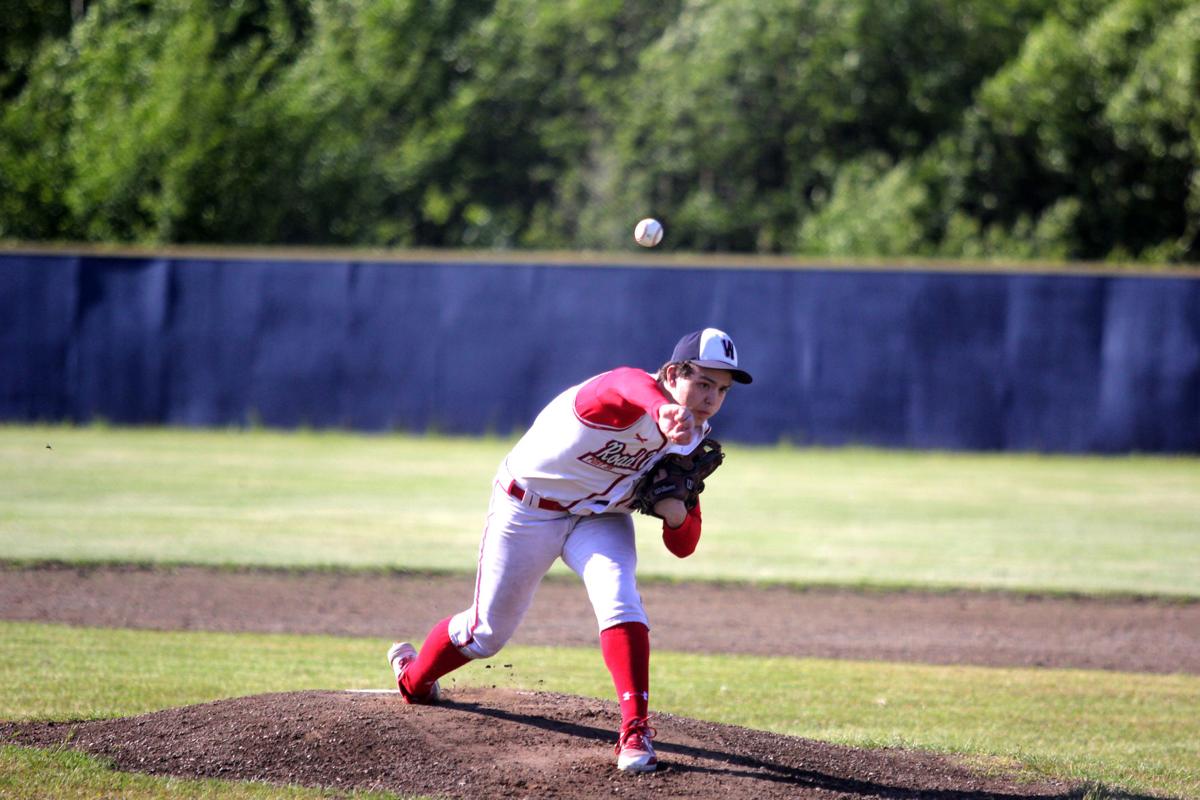 Wasilla's Nolan Murphy fires a pitch during a 17-1 win over Service Friday at McManus Field in Wasilla. 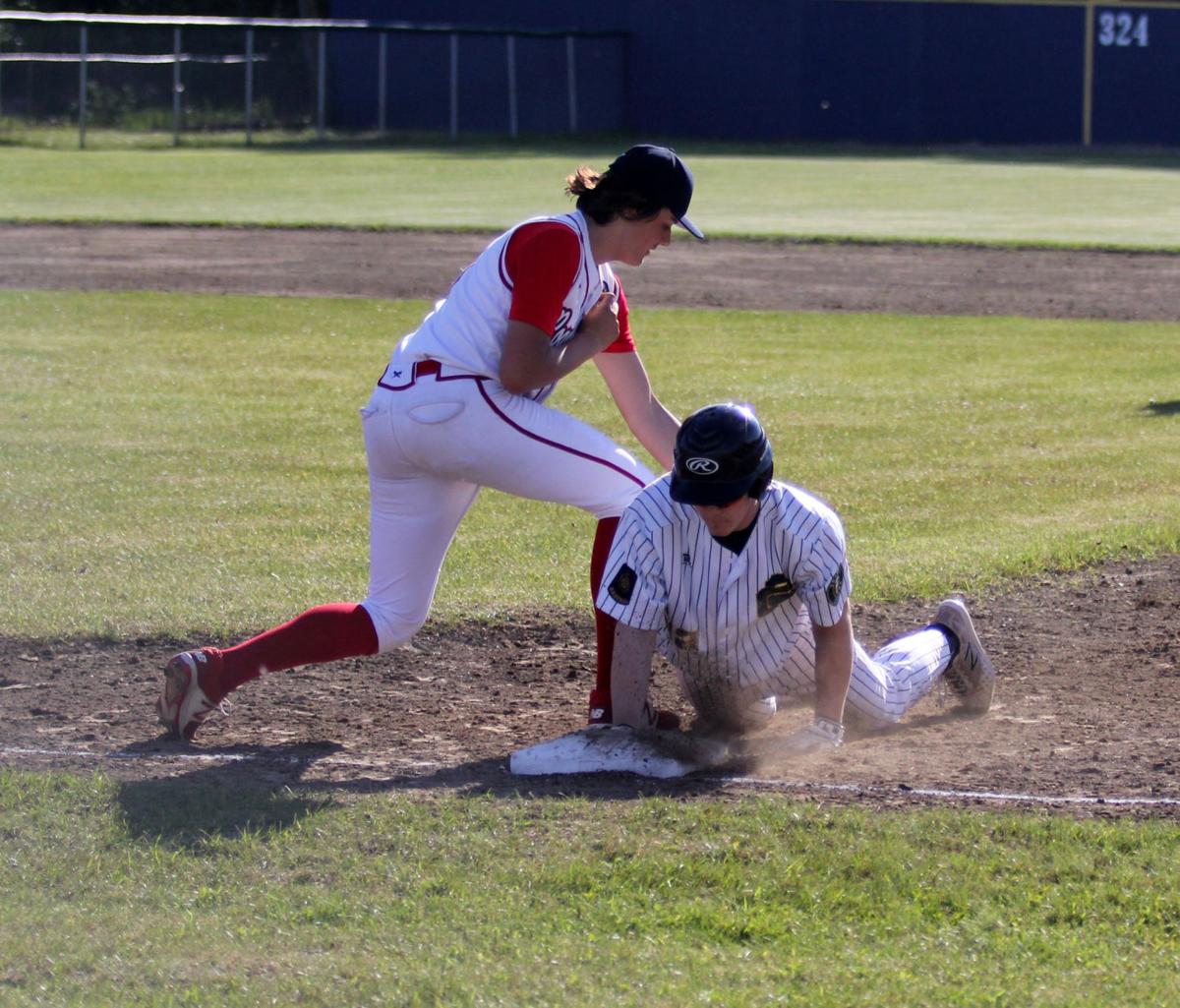 A Service player slides under the tag of Wasilla first baseman Calvin Stoll. 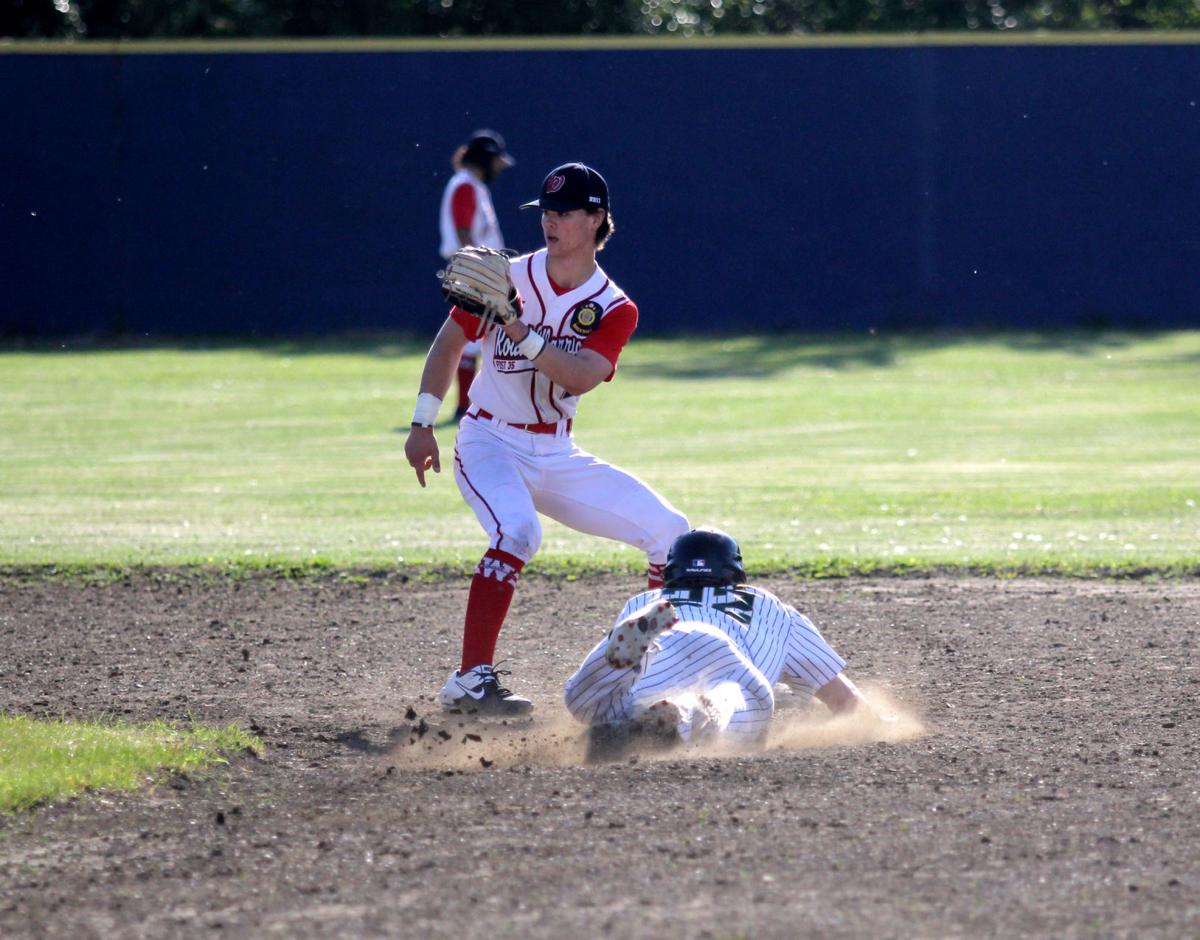 Wasilla infielder Clayton Boyett waits for the throw to second during a win over Service.

Wasilla's Nolan Murphy fires a pitch during a 17-1 win over Service Friday at McManus Field in Wasilla.

A Service player slides under the tag of Wasilla first baseman Calvin Stoll.

Wasilla infielder Clayton Boyett waits for the throw to second during a win over Service.

WASILLA — After months of uncertainty, baseball is back.

The Road Warriors are one of 14 teams playing in the Alliance Baseball League, which was created for the 2020 summer after the American Legion season was cancelled due to the COVID-19 pandemic. The Alliance for American Legion Baseball in Alaska is a local nonprofit that typically works closely with Alaska Legion Baseball. American Legion announced in mid-May that it will not sponsor summer baseball throughout the country because of the pandemic. That’s when the Alliance created a summer league and protocol that follows national and state guidelines concerning safety during the pandemic.

“Great on them,” Ottinger said of the Alliance. “They did a great job of facilitating something for these kids. I tip my cap to them.”

The Alliance has put together a mitigation plan regarding safety and the coronavirus pandemic. The plan follows guidelines set by the Center for Disease Control, the state of Alaska and municipality of Anchorage. The full list can be found at alaskalegion.com.

Ottinger said regardless of new rules, the players just want to play.

“Give us the rules we’ve got to abide by just so we get to play ball,” Ottinger said.

Ottinger is the head coach of both the Wasilla High School program and the Road Warriors. In 2019, those Wasilla teams enjoyed a historic stretch. The Wasilla Warriors won a high school baseball state title, the first in school history. The Road Warriors followed with a runner-up finish in the American Legion state tournament, and became the first team from Alaska to reach the championship of a regional tournament.

But 2020 has been very different. The high school season was cancelled due to COVID-19 and a summer season was in question. Ottinger said he reached the point at which he honestly thought there would not be a season.

Now, Ottinger said, the players and coaches are thrilled to be back at the ballpark.

“It feels awesome just to be around the kids,” Ottinger said. “Most of it is don’t take it for granted. Enjoy it.”

The Road Warriors improved to 2-0 with the lopsided win Friday. Wasilla plated five runs in each of the first two innings and seven in the fourth.

Calvin Stoll sparked the Warriors early with a two-run single in the first, and was one of five Warriors to knock in a par of runs. Jacob Gilbert led the Warriors with two hits, two runs and three RBI.

Wasilla opened its season with a 5-2 win over West Anchorage Thursday in Anchorage. Hansen scored twice to lead Wasilla.