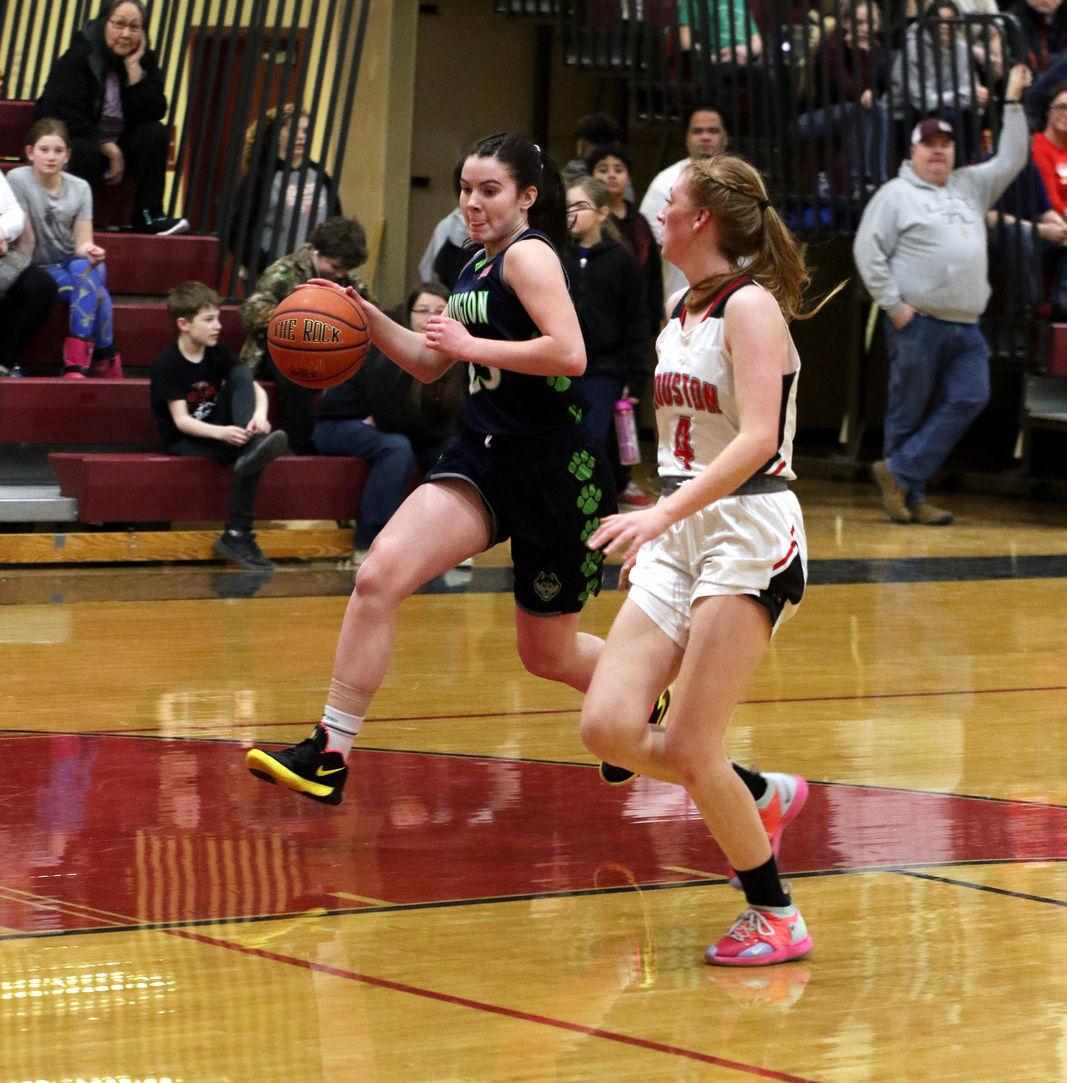 Redington’s Lexi Seymore brings the ball down the floor during a win over Houston Tuesday at Houston High. 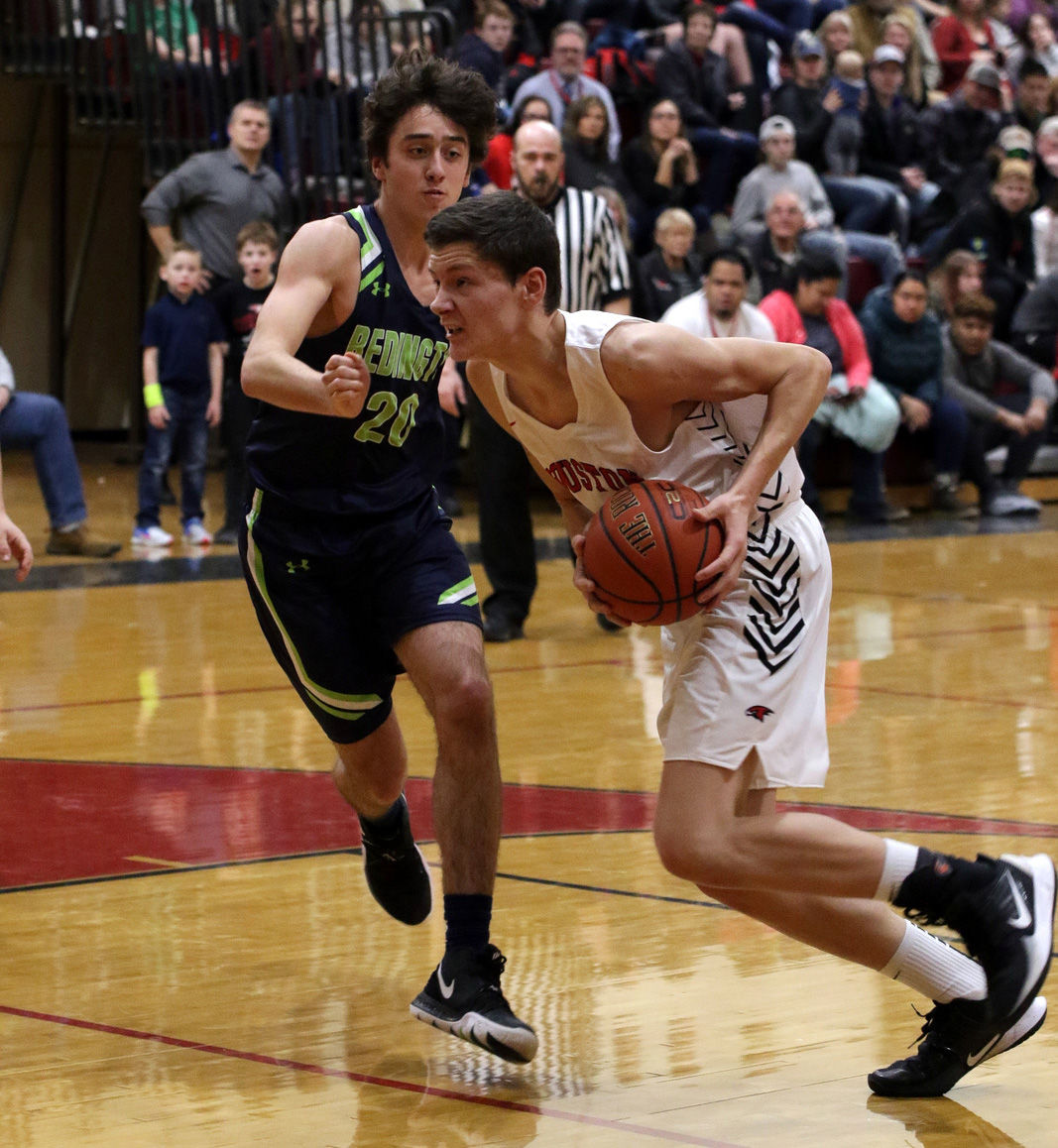 Houston’s Kyle McLaughlin goes to the basket during a win over Redington Tuesday.

Redington’s Lexi Seymore brings the ball down the floor during a win over Houston Tuesday at Houston High.

Houston’s Kyle McLaughlin goes to the basket during a win over Redington Tuesday.

The Houston Hawks kept the scorekeeper busy Tuesday night. The Hawks hit the century mark during a 101-66 win over rival Redington at Houston High School.

The Hawks hit 36 of 68 shots, and scored at least 24 points in every quarter. Braden Cork led Houston with 24 points in the win, and Hayden Howard added 22. Cork and Howard hit a trio of three-pointers each. Kyle McLaughlin and Cody Wyrick chipped in 15 and 12 points.

Lexi Seymore used a double-double to lead Redington to a 54-39 win over Houston Tuesday. Seymore finished with 17 points and 16 rebounds. Abbie Fuller scored a game-high 19 for the Huskies. Marian Aparezuk added 11.

Houston led 25-24 at halftime, but Redington used a 13-3 third-quarter run to grab the lead.

Redington improved to 5-1 with the win.

Colony scored a 53-45 win over Chugiak Wednesday night. Tori Schwantes and Hannah Duguid scored 12 points each for the Knights.