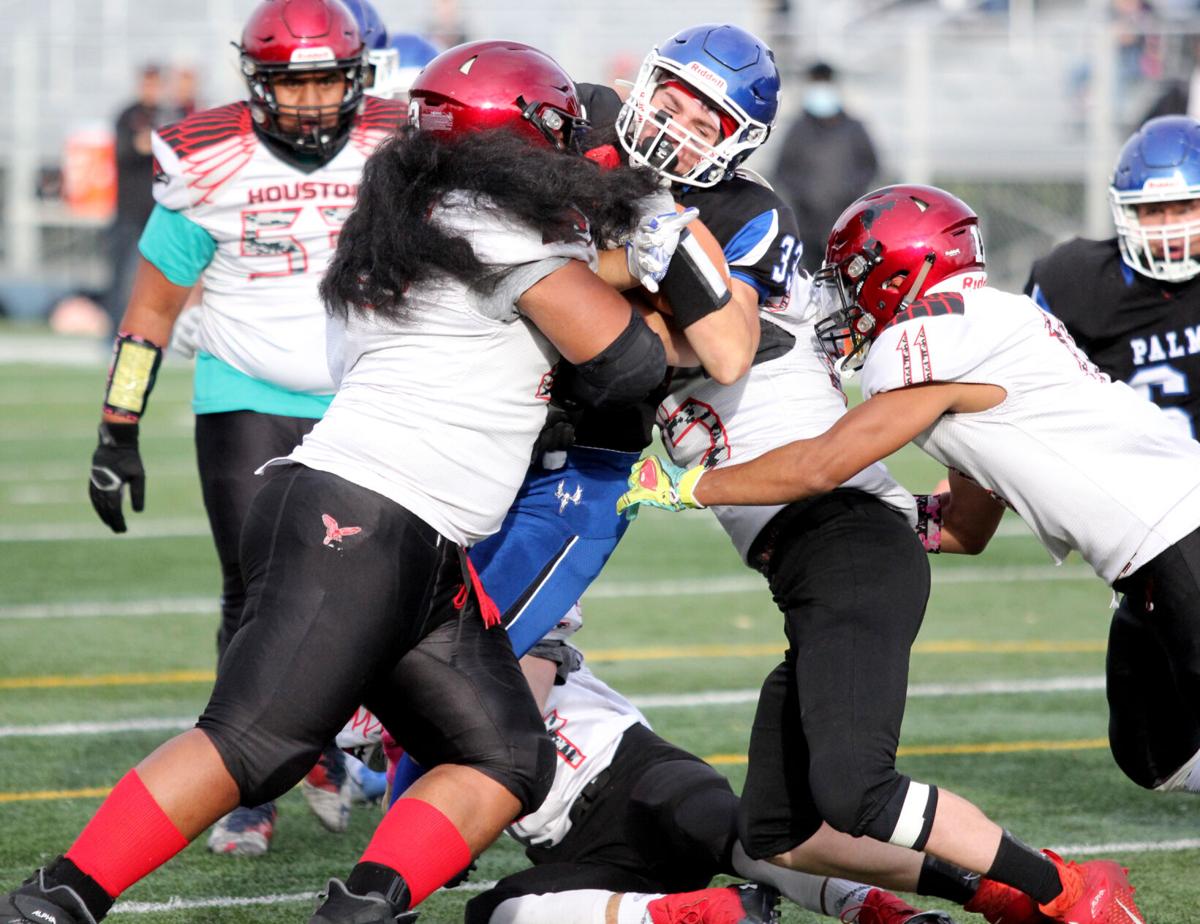 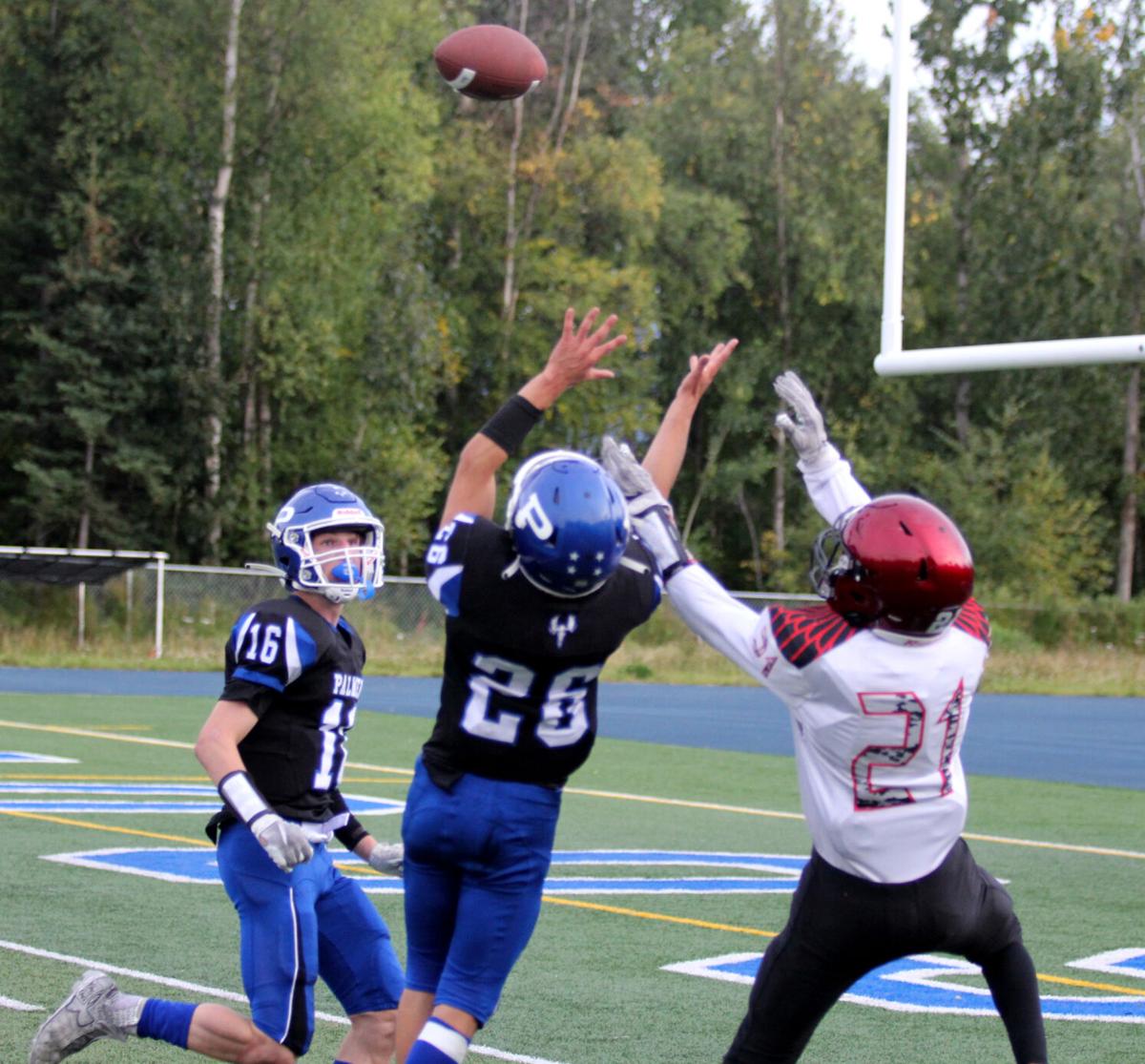 Palmer defensive back Isaiah Perkins deflects a Houston pass near the end zone during a win over the Hawks Sept. 3, 2020. 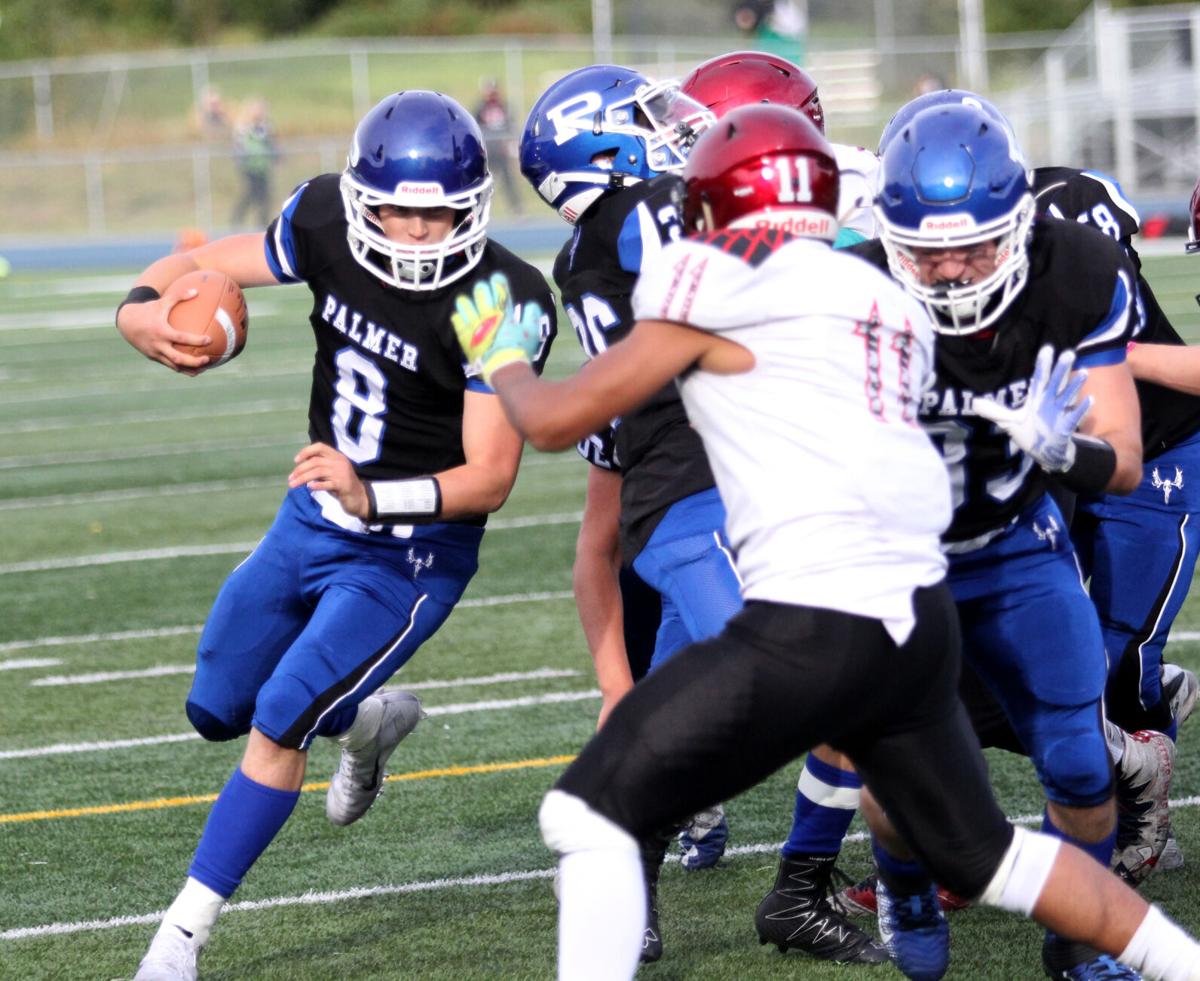 Palmer quarterback Ben Simmerman follows his blockers en route to a touchdown run during a win over Houston Sept. 3, 2020. 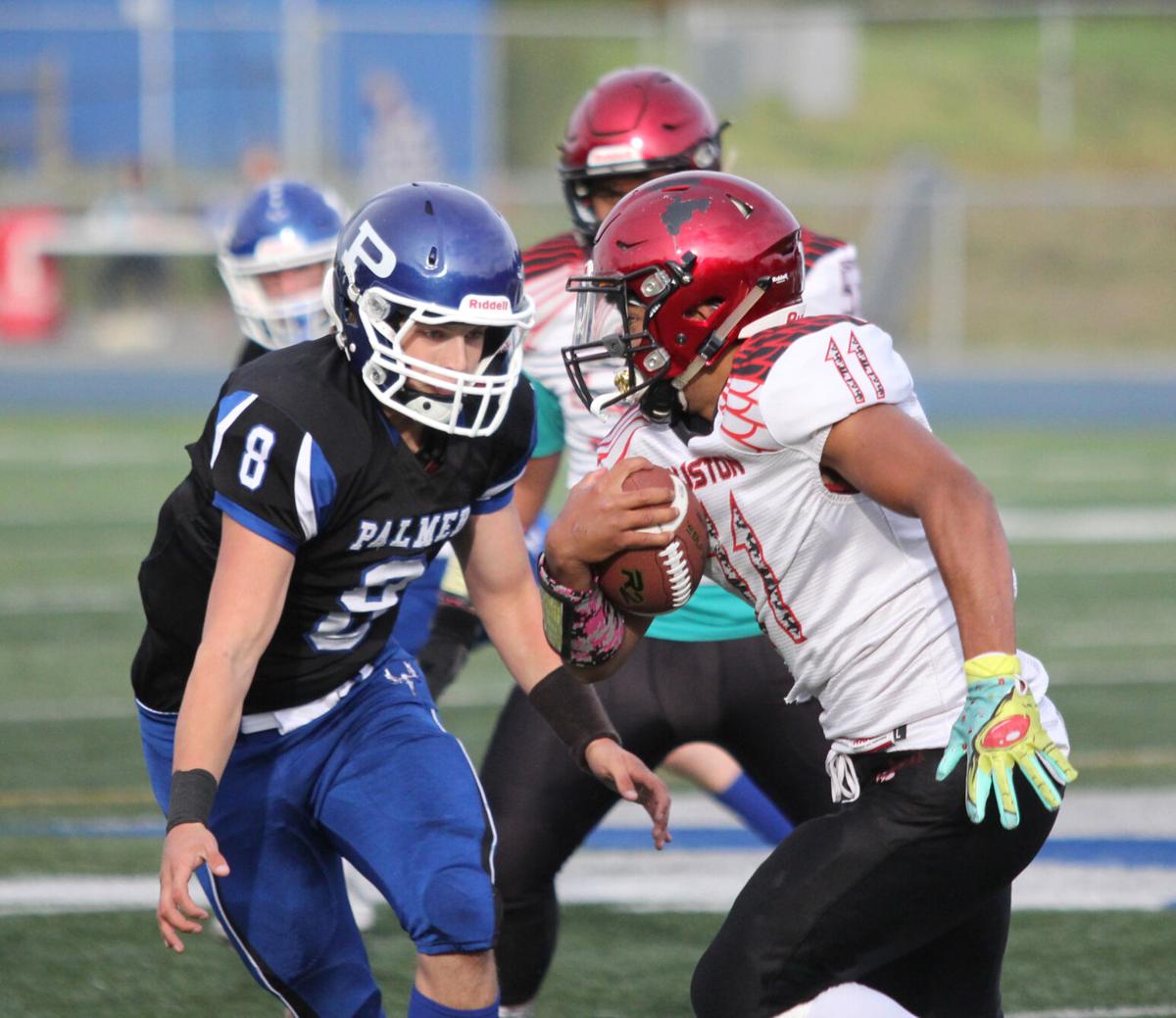 Houston running back Tolupo Falaniko runs for a gain during a loss to Palmer. Falaniko finished with 186 yards rushing and two touchdowns.

Palmer defensive back Isaiah Perkins deflects a Houston pass near the end zone during a win over the Hawks Sept. 3, 2020.

Palmer quarterback Ben Simmerman follows his blockers en route to a touchdown run during a win over Houston Sept. 3, 2020.

Houston running back Tolupo Falaniko runs for a gain during a loss to Palmer. Falaniko finished with 186 yards rushing and two touchdowns.

PALMER — It’s not typical to have a bye during the second week of the prep football season, but for the Palmer Moose it could have been a blessing in disguise.

After suffering a 49-0 loss to Colony during the season opener in late August, Palmer bounced back to grab a 50-14 win over Houston Thursday night at Machetanz Field.

“The bye week was huge,” Palmer head coach Tim Popowski said after the win. “We took advantage of it. A lot of prep, a lot of mental reps.”

“You look out there and there are a lot of first-year varsity guys. It was good to see this tonight,” Popowski said.

Popowski also praised Simmerman for his work in the running game, and decision making.

“He looked really good on a lot of our options as well,” Popowski said.

Lucas Frank and Michael Smith also rushed for touchdowns in the win. Isaiah Perkins returned a fumble 29 yards for a touchdown in the third.

“I couldn’t tell you the last time we had a scoop and score,” Popowski said.

Big plays in the second and third quarters were key in Palmer’s victory. Less than two minutes after Houston cut Palmer’s lead to 15-8, Simmerman connected with Barnes on a 56-yard touchdown pass with 1:02 left in the first half.

Palmer also scored twice within a 20-second pan early in third. The Moose opened the second half with a six-play drive capped by a 15-yard Barnes touchdown catch. On Houston’s ensuing offensive drive, Perkins scooped up a Hawks fumble and returned it for the touchdown.

“Scoring right before the half was huge for us. Coming out in the third quarter and hitting another big play was big for us too,” Popowski said.

Simmerman and Barnes connected for their third score, a 52-yard touchdown pass, with about four minutes left in the third.

Palmer struck early after recovering a loose ball on the opening kickoff. Palmer kicker Catherine Uschmann found a hole in the left side of the Houston kick return team, and Dylan Garretson grabbed the ball. Simmerman used a 2-yard touchdown run to give Palmer the early lead. Later in the quarter, Frank rumbled for a 13-yard touchdown on fourth down to push Palmer’s lead to 15-0.

Houston standout Tolupo Falaniko rushed for a game-high 186 yards and two scores. Falaniko cut Palmer’s lead to 15-8 late in the second quarter with a 27-yard touchdown run, and the ensuing 2-point conversion. He added a 1-yard plunge late.

Houston is the defending Division III state champion, and features a handful of players who were named first-team all-state last season. The list includes junior Kiderro, the 2019 Division III Lineman of the Year.

“We knew they were going to be pretty big for our guys up front, definitely on offense and on the (defensive) line as well,” Popowski said. “The kids prepared for it. We needed that. We needed to see if we could handle some size up front.”