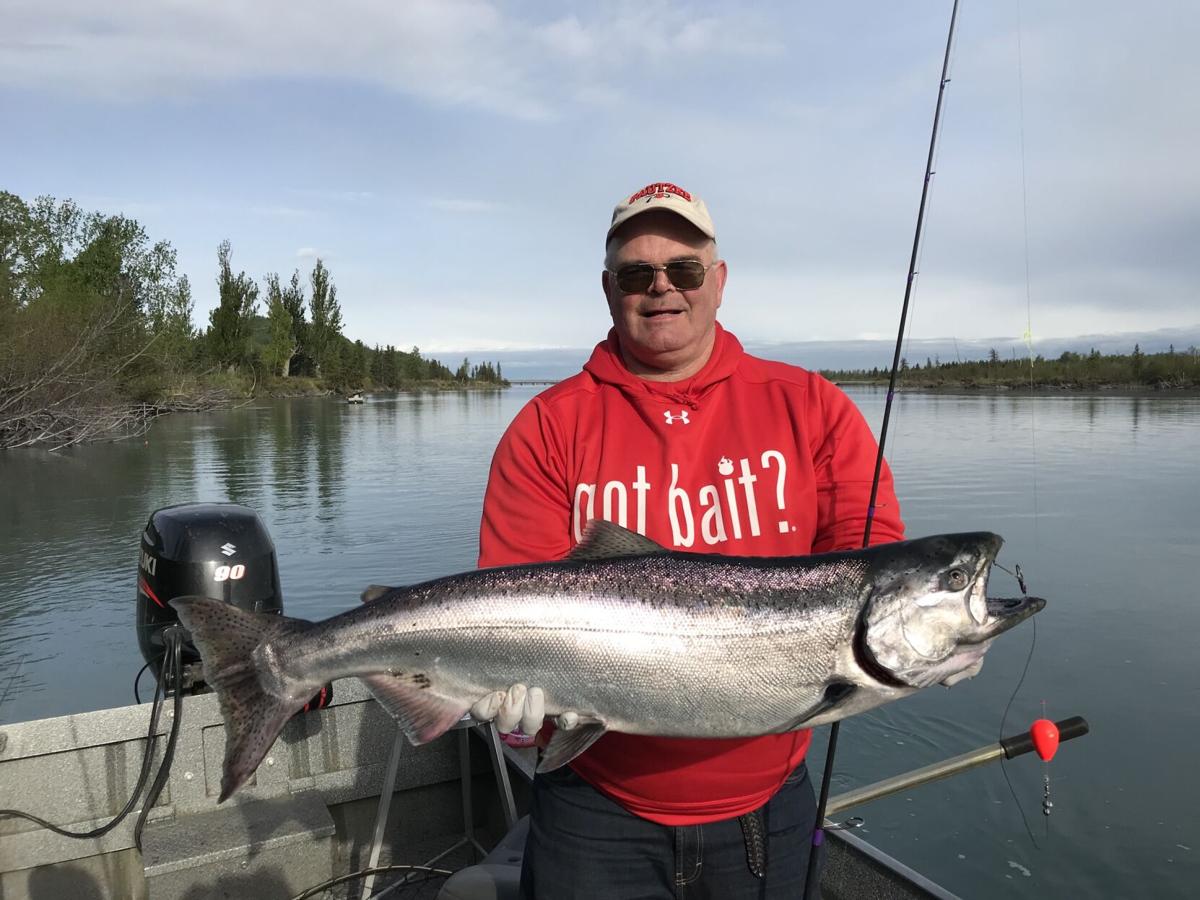 King salmon catching  in the Knik River side-channel below Eklutna Tailrace should pick up this week.  This is currently the only Mat-Su king salmon fishery where both bait and harvest are allowed. 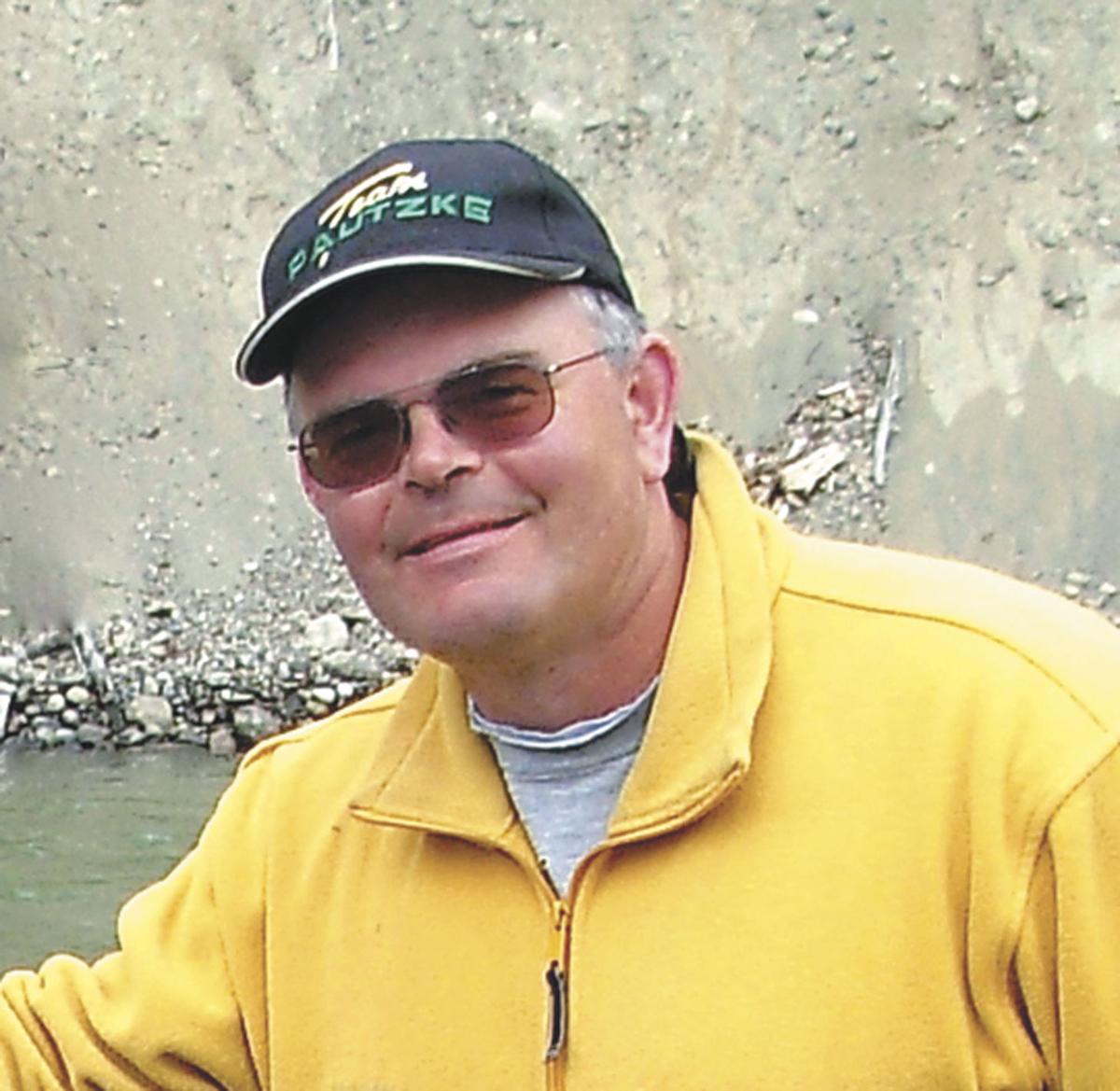 King salmon catching  in the Knik River side-channel below Eklutna Tailrace should pick up this week.  This is currently the only Mat-Su king salmon fishery where both bait and harvest are allowed.

After not guiding a single king salmon fishing trip last year during the entire month of May, I’ve been more than thrilled at the opportunity to guide 19 king salmon trips during May 2021. Just as pleasant a surprise has been the number of large Deshka River king salmon my guests have caught during the month of May. Emergency catch and release king salmon regulations have not allowed us to weigh or remove king salmon from the water, but I feel confident in estimating more than half of the king salmon my guests have caught weighed between 16 to 30 pounds. While fishing near the Deshka River confluence with the Susitna River I have not yet seen or heard of anyone catching a king salmon in the 40 lb. class. Many anglers have been doing a very good job of keeping the fish in the water as they unhook and release Alaska’s official state fish, so it is possible other anglers fishing near my boat may have caught and released fish near the 40-pound class.

When I talked with ADF&G area sport fisheries management biologist, Sam Ivey, last week he cautioned that lower Susitna River fish wheel and test net king salmon catches had not been very high at that time. Ivey also mentioned past king salmon counting efforts in the lower Susitna River did not always coincide with the abundance of king salmon passing through Deshka River weir. The Department will want to have strong assurance of a solid king salmon return before adjusting the emergency king salmon regulations currently in place. The Deshka River king salmon passage past the weir through Thursday May 28 was only 70 fish, but that number may likely expand rapidly before Friday June 4 when this column should be published.

Another indicator of Northern Cook Inlet king salmon abundance is the number of fish harvested in the Northern District commercial king salmon fishery. The first opening was scheduled for Memorial Day this year, but the harvest was not posted online at the time I wrote this article. It should be available at the following page on the Alaska Department of Fish and Game website before this fishing column is published — http://www.adfg.alaska.gov/index.cfm?adfg=commercialbyareauci.salmon_harvest

With hot weather, followed by rain, some of the Parks Highway streams were running rather high and muddy over the holiday weekend. Although high water encourages king salmon migration into some of these smaller tributary streams, turbid water can make it difficult to catch them. Water conditions can change with short notice depending upon weather conditions, so it may can be helpful to talk with someone in the know before making a trip. I’ve received this kind of up-to-date information for Parks Highway tributary streams by calling 3 Rivers Fly and Tackle, Willow Creek Resort, or Susitna Landing.

Driving over Little Susitna River on my way up the Parks Highway I saw chocolate brown water over the holiday weekend. I noticed people fishing in the open-to -fishing section below the highway bridge, but suspect turbid water conditions made it difficult to catch even resident species. I’ve heard of a very few king salmon that have been caught and released in the lower river accessed out of the Little Susitna River Public Use Facility campground and boat launch. Pete Imhoff told me there were few people fishing this section of Little Susitna recently, and king salmon had been difficult to catch. Sam Ivey told me ADF&G staff had created a wider weir opening for the big fish to swim through at the Little Susitna River weir this year, and believed this larger “Migration door,” has helped increase migration past the weir. Although king salmon passage numbers are always small at Little Susitna River weir during the month of May, comparing this season’s counts with the past several years does indicate a positive trend. You may search count numbers here: https://www.adfg.alaska.gov/sf/FishCounts/index.cfm?ADFG=main.displayResults&amp;COUNT LOCATIONID=16&SpeciesID=410

Although Copper River subsistence and personal use fisheries are not located in the Mat-Su Valley, a large number of Mat-Su residents participate in them. They are also the most accessible dip net fisheries available to most Mat-Su residents at this time. A person must be an Alaska resident to participate and a household permit (that can be obtained online from the ADF&G website) is required to participate. The state subsistence fishery is just getting started and the personal use fishery is set to open within the week — however — measured sockeye salmon passage past the Miles Lake sonar site has been quite low and the Copper River commercial fishery had been restricted, followed by a closure because of low salmon migration numbers. A late spring thaw and high water may be further retarding salmon migration. Even so, I’m submitting this fishing column a bit earlier than normal so my wife and I can make the trip to Chitina this week.

Andy Couch is a Mat-Su Valley fishing guide who is also a member of the Matanuska -Susitna Borough Fish and Wildlife Commission and the Matanuska Valley Fish and Game Advisory Committee.