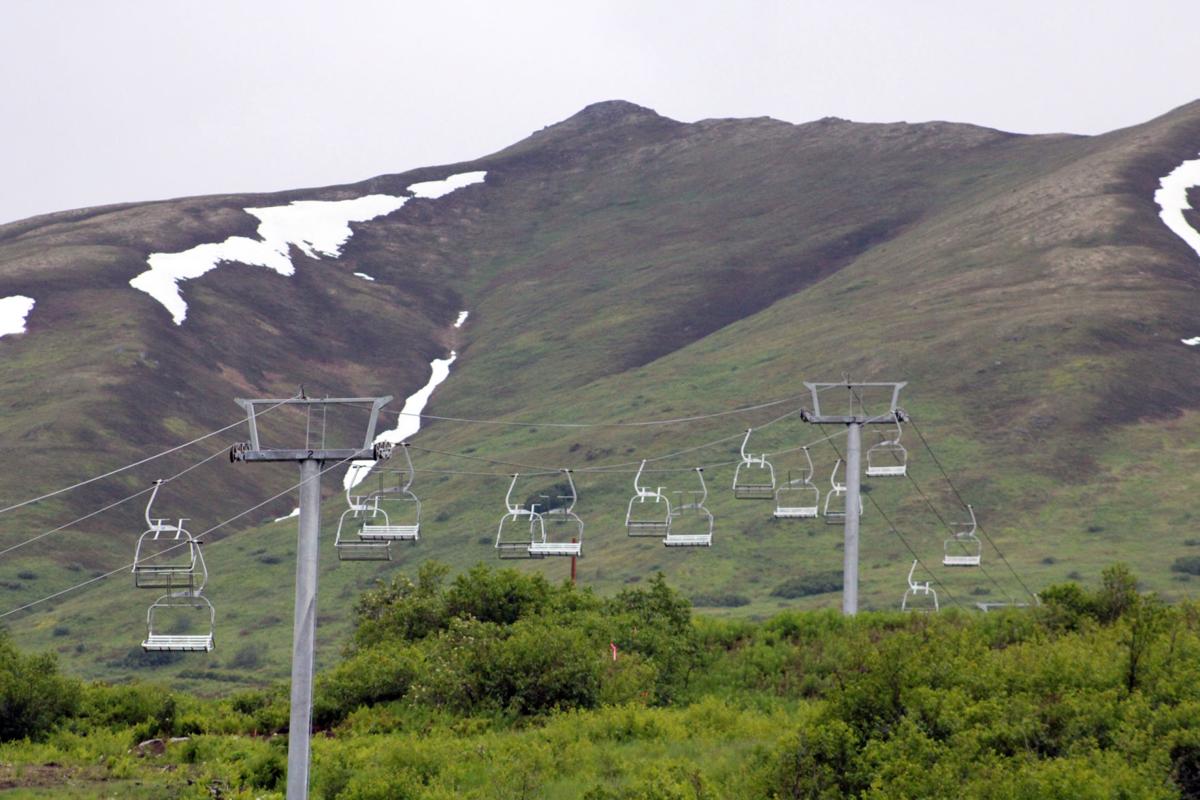 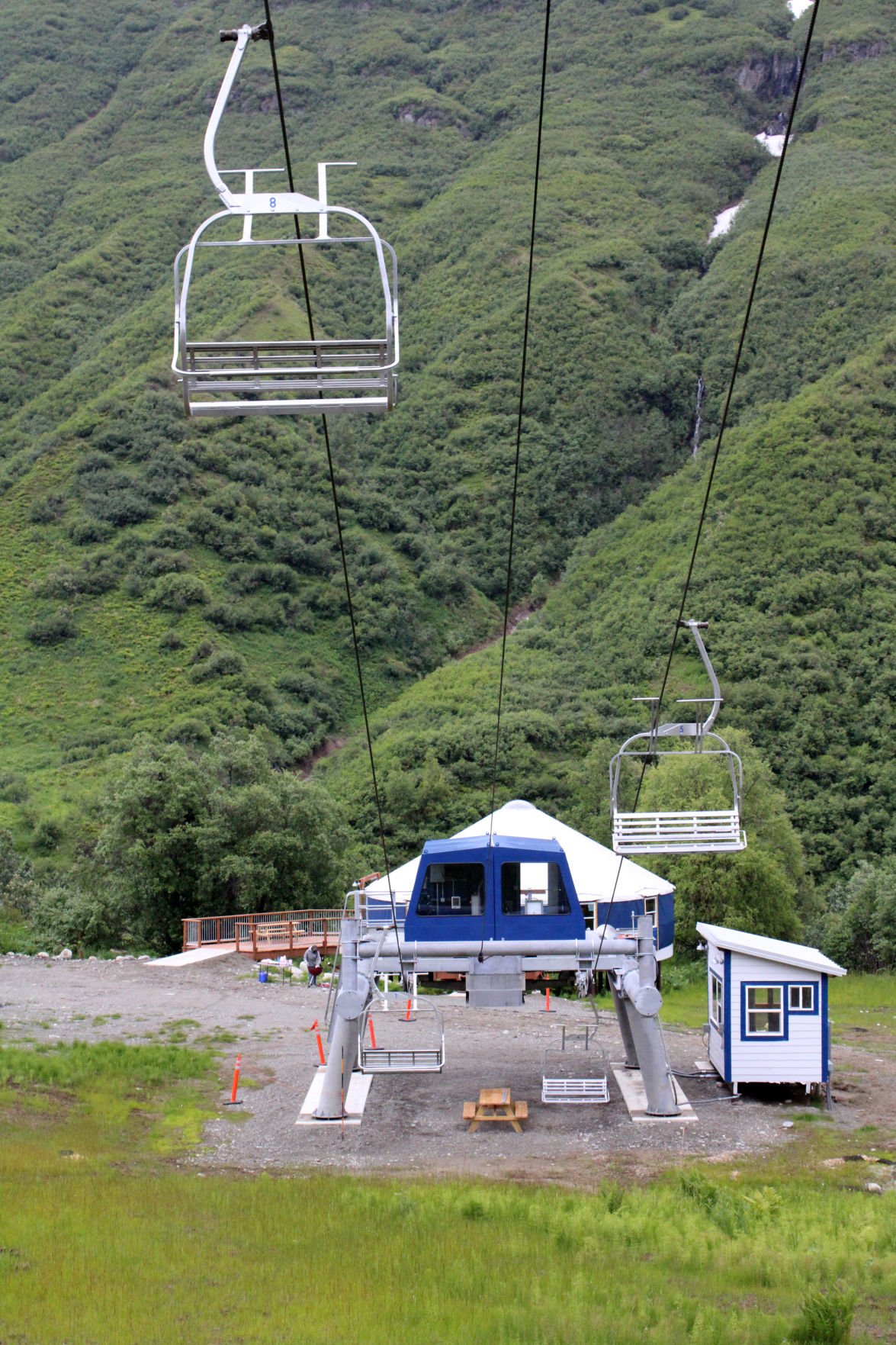 Skeetawk Ski Area will be ready for the 2020 winter season.

Skeetawk Ski Area will be ready for the 2020 winter season.

HATCHER PASS — Despite the slight delay due to the global pandemic in progress, Skeetawk Ski Area is now home to a functioning chair lift and will begin taking skiers to 1,450 feet of elevation at the top of the triple chair once the snow falls. After five years of planning and fundraising, the nonprofit Hatcher Alpine Xperience has brought a ski lift to Hatcher Pass for the first time since 1972.

“There’s some cosmetics to do but it runs,” said engineer Max Schillinger. “This overall project as a whole, this is an incredible success story of how a scrappy nonprofit made it happen as cheap as it possibly could’ve been done.”

The Skeetwak Ski Area plans to begin running on Dec. 1 and open to all skiers and snowboarders on weekends and Mat-Su Borough School District inservice days. With an operations plan approved by the Alaska Department of Natural Resources and $75,000 grant from the Mat-Su Borough Assembly passed on June 16, phase 1a is complete.

The open of Skeetawk was originally scheduled to happen in December of 2019, but ski lift manufacturer SkyTrans was delayed by flooding at their previous job on the Mississippi River. Skeetawk volunteers sold season passes to ski in Hatcher Pass at the 2019 Alaska State Fair that will roll over to 2020, but were never able to be used last winter. Schillinger finished putting up towers to hang the cable from during the summer of 2019 and expected to receive the final pieces last fall. Once SkyTrans realized they would be delayed in delivering on the chair lift, Schlilinger said he asked SkyTrans if it was possible to assemble the lift in the winter when the parts arrived.

“The public’s been waiting 40 years for this thing, we’re not going to make them wait any longer than they have to. So I asked the ski lift manufacturer can we install in the winter,” said Schillinger. “Going into March where there’s still plenty of snow on the ground we’re like hey, we’re going to make it! We’re going to open, we’re going to have a season, and then COVID.”

The group of volunteers subcontracted out all of the labor for the construction of the triple chair to local businesses, and nearly all of the chairs have already been sponsored by local businesses. Skeetawk plans to offer season passes for $390 and day passes for $39 starting in December to provide a chair lift in Hatcher Pass to the public, but the triple chair will not interfere with the route of the 16-mile road run.

The volunteer-led group hopes to continue raising money by operating the lift and build two additional lifts. Skeetawk has hired Brian McGorry to be the mountain manager once the lift starts taking skiers up the mountain.

“This is a great facility but we’ve got a lot of mountain up above us and we can put this place on the map in Alaska once we get to mid mountain, and after that I know what the kids are going to be doing who ride these lifts, they’re going to be going why can’t we get up there? And so we’ll see where it goes but to start with, we hope to have a successful safe great year,” said secretary Rob Wells.

Just 15 months ago, the only structure in the Skeetawk parking lot at 1,450 feet of elevation was the snowcat hut. Skeetawk volunteers built the yurt and ski patrol buildings and the parking lot was expanded. After the concrete was poured and towers went up, Schillinger said that volunteers were anxious to get working on installing the chair lift. Now that the lift has been installed and runs, volunteers are hoping to continue raising funds to pay employees and eventually purchase snowmaking equipment and provide lighting for night skiing. Skeetawk hopes to eventually build a quad that would be more than a mile long and drop skiers off at 2,650 feet of elevation. Schillinger said that a Salt Lake City, Utah, based lift manufacturer estimated the lift would be more than a $5 million dollar project. If the triple chair provides enough revenue to construct the quad, Skeetawk then hopes to build another lift to the top of Peak 4068.

“If we could’ve saved money by using volunteers, we did it because we didn’t have the money. This next lift however is likely going to be a big enough project that we’ll just it’s not going to be a volunteer built 6,000 foot lift,” said Schillinger.

On Monday, the Skeetwak Board of Directors met to present reports and celebrate the first fully functioning ski lift in Hatcher Pass since 1972. The board discussed their upcoming presentation to the Assembly, where they hope to agree to a 40-year-lease on the property. With the management agreement for the ski lift in place and a five-year lease set to expire, Skeetawk is planning to provide ski lifts in Hatcher Pass for the long term.