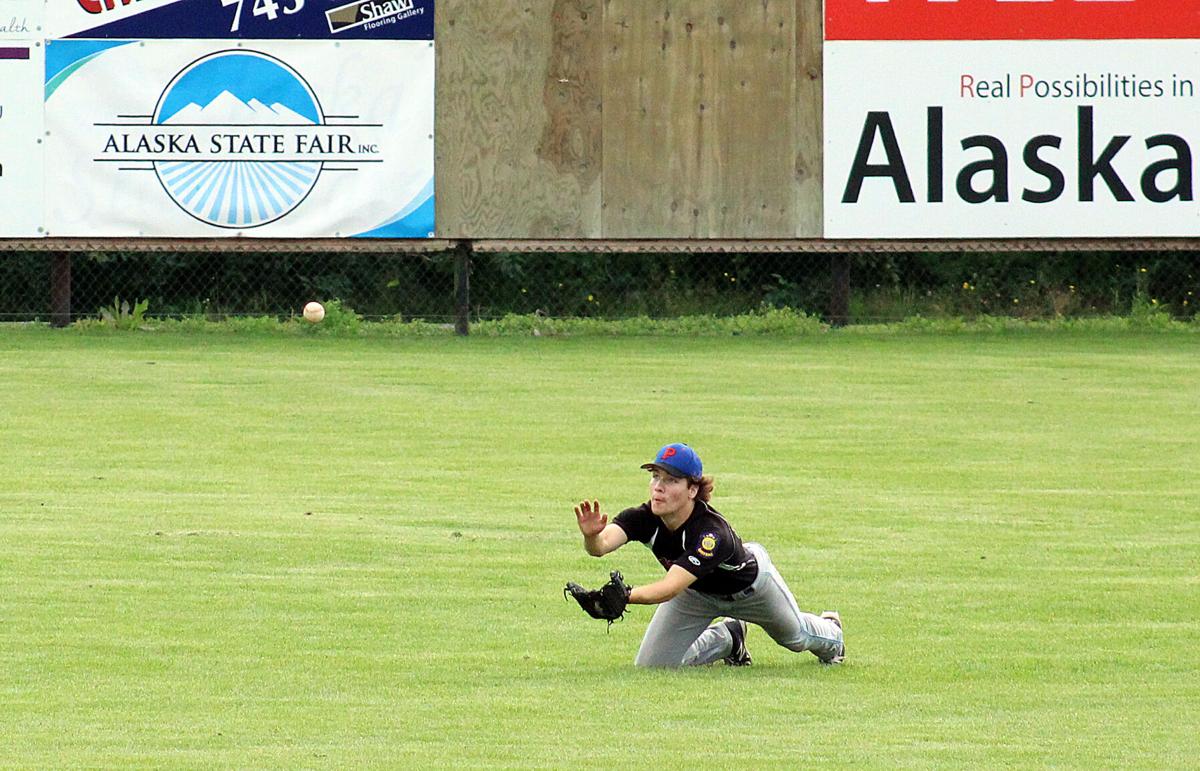 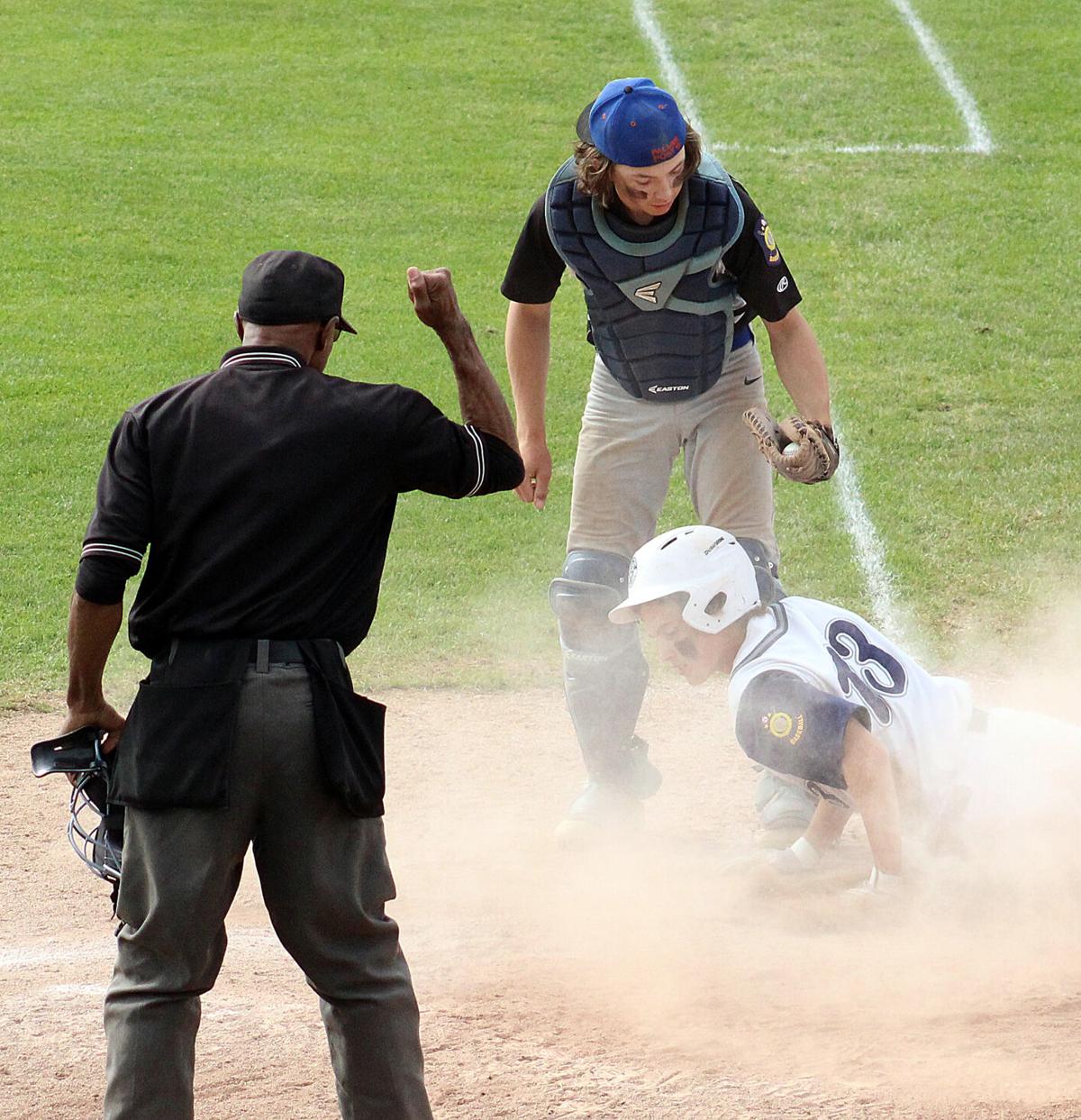 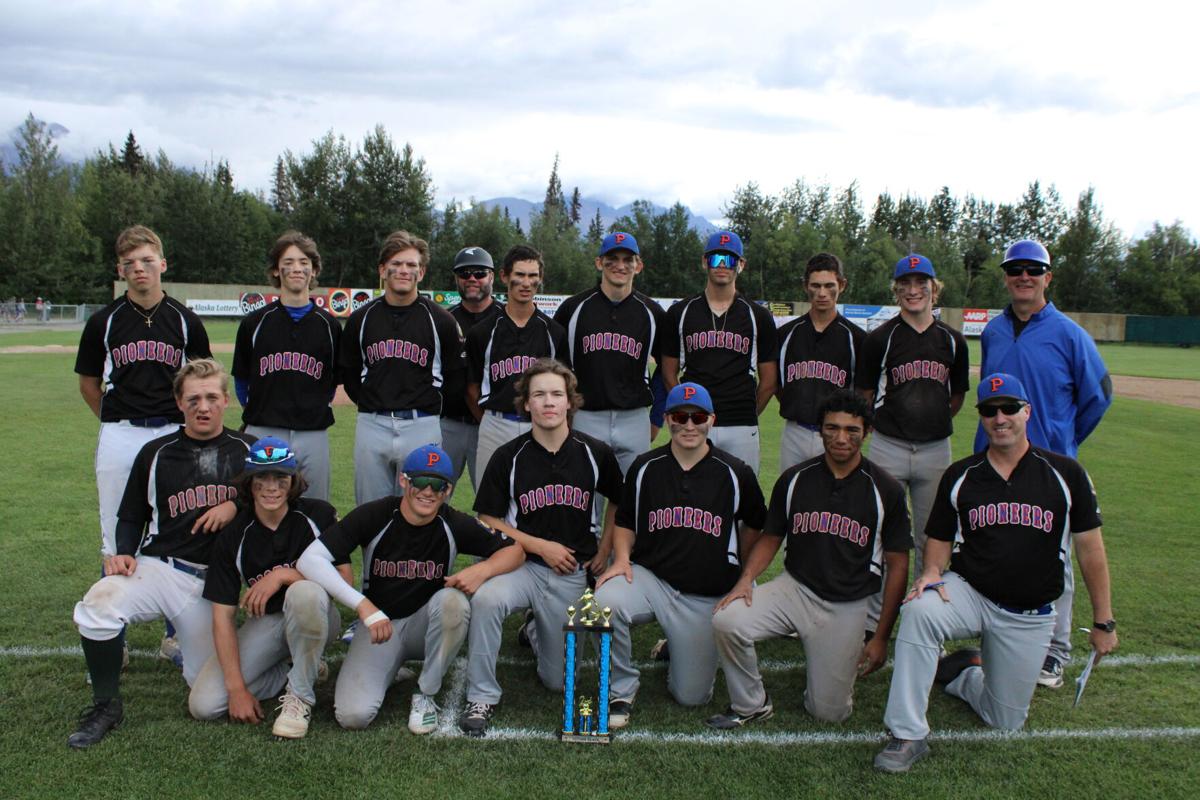 The Pioneers with their second-place trophy 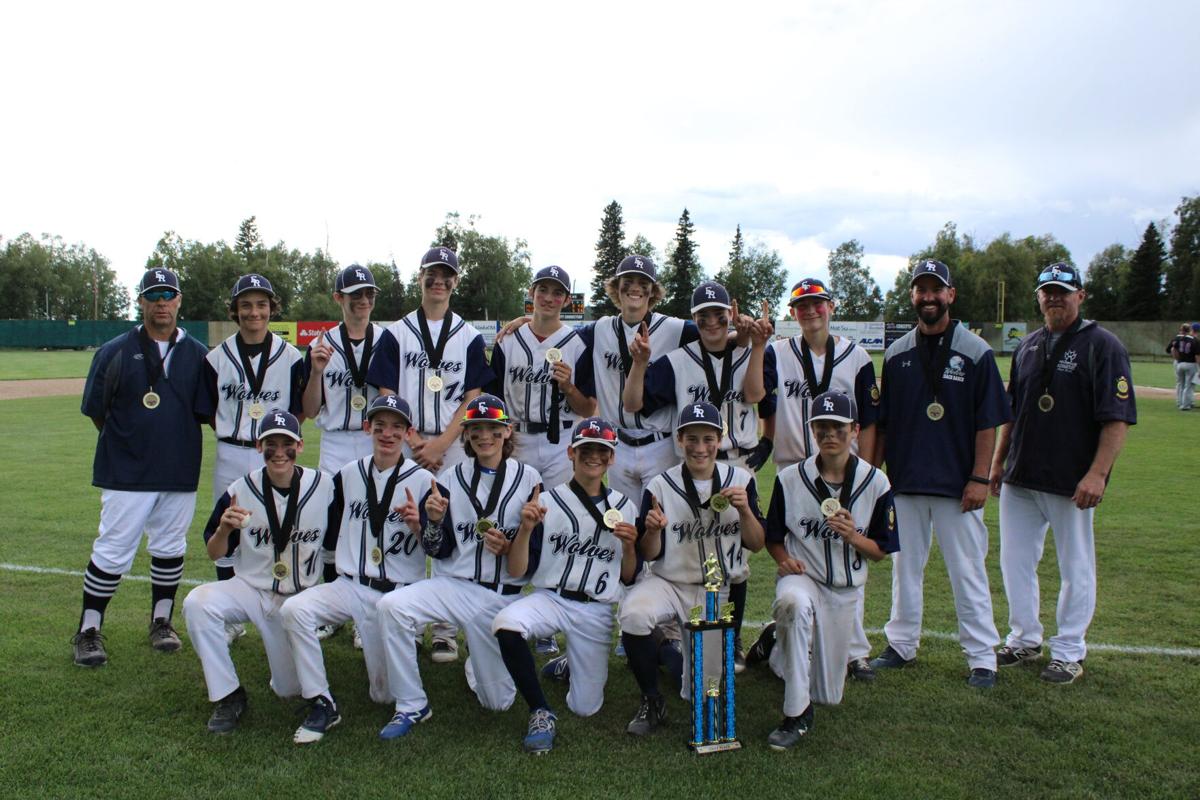 The Wolves with their first-place trophy.

The Pioneers with their second-place trophy

The Wolves with their first-place trophy.

PALMER — The Palmer Pioneers put on an impressive showing at the Alliance Baseball League JV tournament held last weekend at Hermon Brothers Field in Palmer and McManus Field in Wasilla. The Pioneers defeated JV teams from Fairbanks and South en route to a 8-5 championship game loss to Eagle River on Sunday.

Eagle River started 14-year-old Luke Barch on the mound for the championship matchup against Palmer. Barch came out in the first inning and allowed Levi Farrelly and Karson Kolberg to score, giving Palmer the early lead. In the second inning, Barch returned to the mound with a different delivery, twisting and delivering the ball from a sidearm angle.

Luke Barch’s unique delivery had Palmer hitters stifled for much of the game, cruising to the 8-5 victory. The Eagle River JV team repeats as JV champions with the win over Palmer. Barch allowed four hits and struck out three while allowing only three runs in six and two one third innings of work until he reached the pitch limit.

“These boys have had to overcome adversity we tend to get down and we’re always battling back and so they’ve learned that never quit mentality, that keep competing mentality and its’ just something that just tends to carry over all the way through which was beautiful,” said Chris Barch.

The Alliance JV state tournament was moved to the Valley after mandates from Anchorage Mayor Ethan Berkowitz were released. The Pioneers shined on their way to the championship game and finished the season with a record of 23 wins, four losses and two ties. Palmer opened tournament play behind a dazzling performance from Jason Gunderson, who threw seven innings and struck out 14 Fairbanks batters to set up the matchup with South. Palmer head coach David Kolberg elected to throw Landon Guggenmos against the Wolverines in the semifinal matchup.

“There’s a theory in baseball you can save your ace for the championship game, but every game in varsity and JV level in tournaments, this was a championship game so I didn’t want to save him,” said Kolberg.

“After I got hit at my second at bat I came in the dugout I told one of my friends on the bench I’m due for a hit. I’m due. I’m due for a big one and when I came up to the plate I saw the one that I liked and I just crushed it,” said MIller.

With a healthy lead, Guggenmos settled down and continued to record outs on the mound for the Pioneers. In the sixth inning, Miller stepped to the plate with the Pioneers up nine runs and delivered the walkoff bloop single to score the Pioneers 16th run and end the game due to the mercy rule.

“That was actually my first walkoff and it felt amazing especially just to put a little blooper, it really felt good but it was really a team win. We all came together. It was a very sought after win that we really needed.”

The Pioneers defeated South 16-6 on Saturday to make it to the championship game at Hermon Brothers Field. On Sunday, Kolberg started on the mound for Palmer and worked through three innings before he was relieved by Koen Leaders and Farrelly. After the stinging defeat to Eagle River, the Pioneers took their 2nd place trophy to their team huddle and were joined by Mat-Su Miners General Manger Pete Christopher. Christopher told the team with tears in his eyes that he was proud of how they had played on Hermon Brothers Field.

“They did a phenomenal job,” said Kolberg. “We’re a family and just never giving up, holding our head high. We’ve had a motto all year we win as a team we lose as a team.”