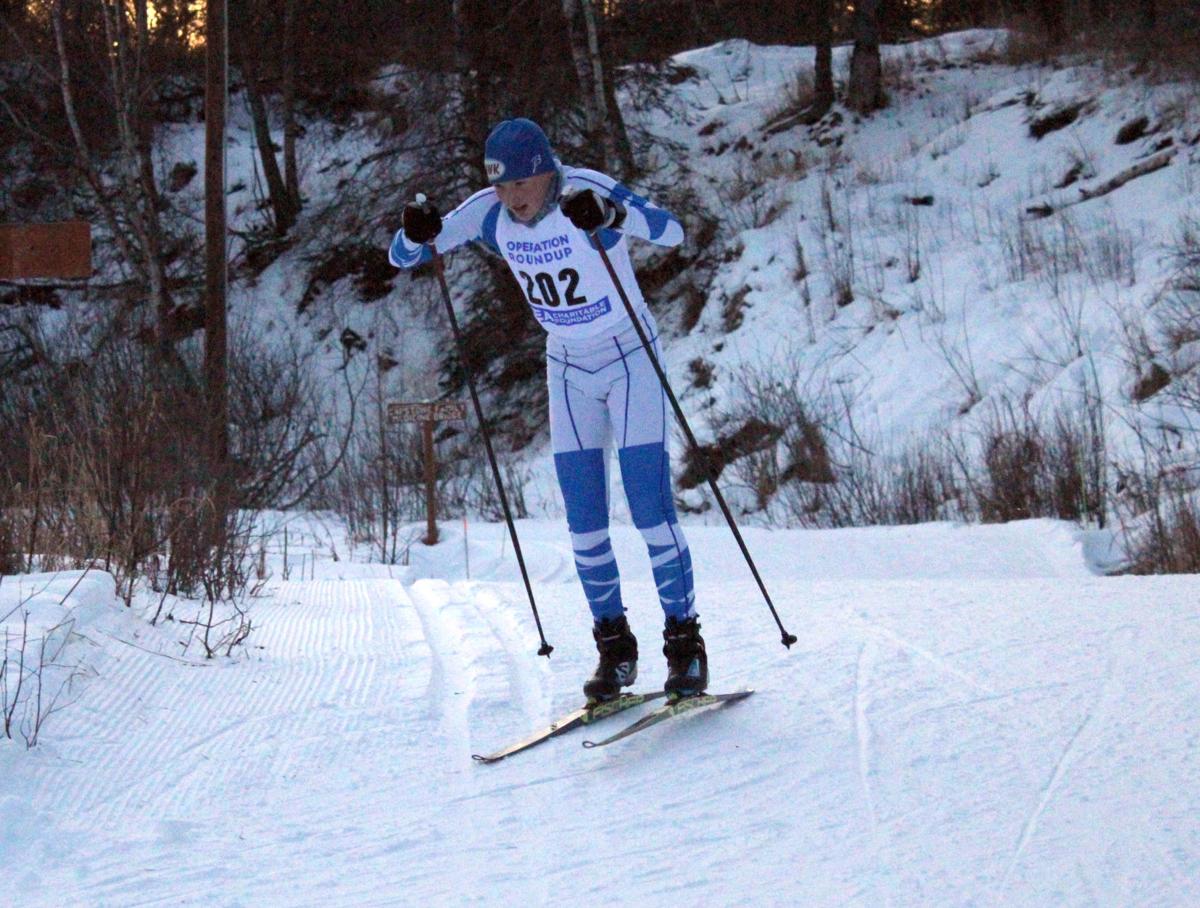 Palmer’s Kaj Taylor makes his way down the trail during the Government Peak Invitational Friday. 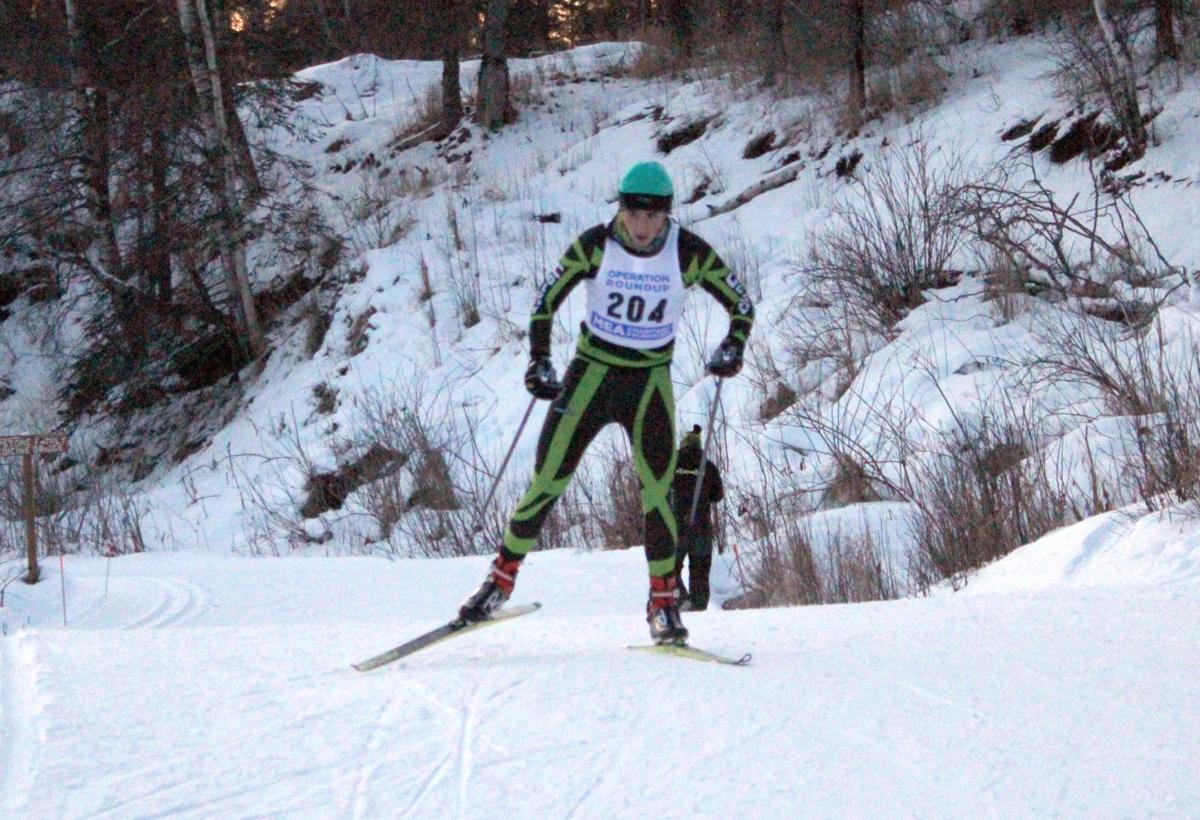 Skiers leave the chute during the boys’ 5-kilometer at the Government Peak Invitational Friday.

Palmer’s Kaj Taylor makes his way down the trail during the Government Peak Invitational Friday.

Skiers leave the chute during the boys’ 5-kilometer at the Government Peak Invitational Friday.

HATCHER PASS — Palmer skiers Aila Berrigan and Rosie Whittington-Evans finished in the top two spots at the Government Peak Recreation Area Invite during the 5-kilometer skate race on Friday. Returning from the winter break to ski in the first race at GPRA, teams are shaping up for the long haul of the high school cross-country ski season.

“It was good to finish like with a teammate and I’m glad that we can like draft off of each other and kind of like make our way to the finish line together. It was really exciting,” said Whittington-Evans. “It’s really fun to be close to her and just like be able to hang out while we ski and I tried to pass her at the end but I didn’t have very much energy so it didn’t work out very well but that’s okay.”

“The girls both skied really well. They put in a good effort and you’ve got to be happy with that as a coach,” said Palmer coach Mikey Evans. “That was pretty evident by the margin of victory.”

Lydia Bushey and Anna Bell joined Spaic finishing in the top 10 for Colony just over 16 minutes. Despite the late opening for GPRA after a lack of significant snowfall late into December, training with year-round club programs has prepared Valley skiers for excellence on the snow.

“I don’t think it set us back because really the majority of the training you’re doing in the summer is what’s preparing you for the races right now and we both were doing that,” said Berrigan. “I really just want to see our team do as best we can.”

Soldotna’s girls made an impressive showing during Friday’s skate race, finishing with four of the Peninsula’s five racers in the top 10. Erika Arthur finished just four seconds behind Spaic in fourth place for Soldotna. Katie Delker, Jordan Ruffner and Cameron Blackwell also finished in the top 10 for the Stars.

In the boy’s race, Soldotna’s Bradley Walters edged Kaj Taylor of Palmer to win. Walters finished in 11:55 and Taylor right behind him at 11:59. Evans is impressed with the work ethic of Taylor. Despite less than ideal snow conditions, Evans estimates Taylor will ski more than 500 hours during this winter.

Bringing new teams to compete against Valley schools at GPRA is a blessing for the Palmer and Colony skiers. Despite low snowfall early in the year, skiers have been able to train in Hatcher Pass at Independence Mine. Colony’s boys placed three racers in the top 10 on Friday. Simeon Ramirez led the Knights with a fourth place finish in 12:27. Garrett Streit finished fifth for the Knights and Glenn Steer finished ninth.

“With the Mat-Su Ski Club doing a lot of it and having their pistenbully here it’s really made skiing that much better today because without it we wouldn’t be really racing here,” said Strabel.

Jaxon Lee joined Taylor in the top 10 for Palmer with an eighth place finish in 13:08. Skiers will compete in classic races on Saturday at GPRA.