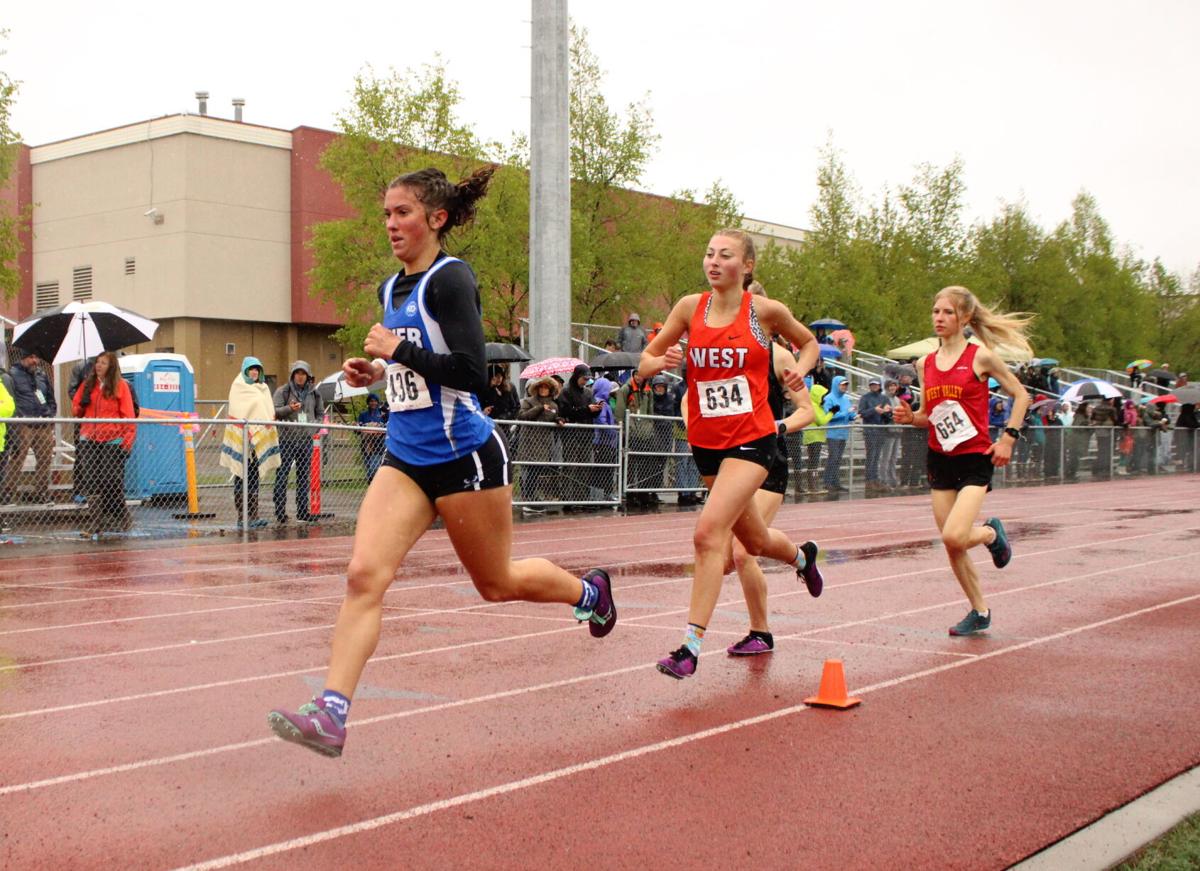 Palmer Senior Sophie Wright competes in the 1,600 meters at the ASAA/First National Bank State Track and Field championships at Dimond High School on Saturday. Wright finished fifth in the event and set a school record. 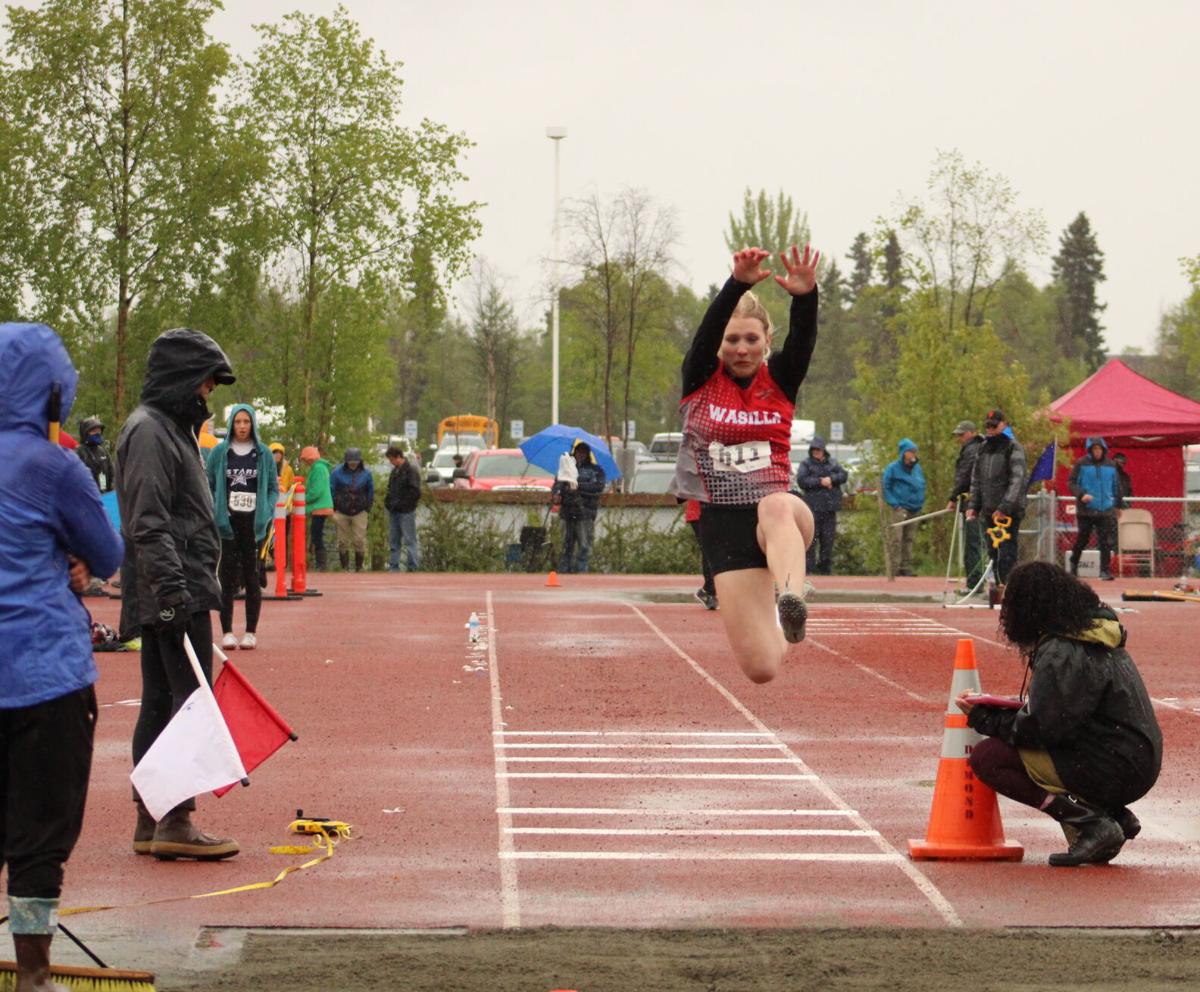 Palmer Senior Sophie Wright competes in the 1,600 meters at the ASAA/First National Bank State Track and Field championships at Dimond High School on Saturday. Wright finished fifth in the event and set a school record.

ANCHORAGE — After a year without a state track meet due to COVID-19, the ASAA/First National Bank State Track and Field championships were held at Dimond High School in Anchorage over the weekend with a number of Valley athletes putting up impressive performances.

“It feels good. We’ve had a lot of good numbers this year as far as the times, distances, a lot of kids peaking at the right time. We wish we would’ve had a few more meets but with covid obviously there was a little bit of a delay, but going against the state’s best we’ve been seeing mostly region three all year in all of our meets so the opportunity for our kids to get against Anchorage and to get against Fairbanks has been great because we get to compete against some other kids,” said Palmer High head coach Tim Popowski.

Colony’s Christopher Spring led the way for the Knight boys. Spring finished fifth in the 100 meters and sixth in the 200 meters as well as an eighth place finish in the long jump. Knight freshman Tobias Buchanan turned in a sixth place finish in both the 1,600 and 3,200 meters, but the Knights top finisher was senior Hannah Tennesen in the field events. Tennessen finished second in the shot put with a personal record throw of 38 feet, 3.5 inches and added a third-place finish in the discus at 113-2. In the triple jump, Felix Robertson finished fourth with a jump of 40-5 and junior Monica Bustillos finished seventh.

Rain fell on the track and field events nearly all weekend at Dimond High School, but that did not stop local athletes from putting up personal record times.

“They’ve just done what they’re supposed to do, which is what we wanted. They’ve competed in these conditions, everybody has great attitudes and that’s the awesome thing about track and field in general. It can be individual but they cheer each other on so well. As coaches we’re just super proud this year in how they’ve just kind of put up with whatever challenges they’ve had. It’s just been one of those years,” said Popowski.

“Being the last race, the last senior race, you just know that hey this is the last one. It’s not just go all out, it’s go all out and then some and with the rain the pouring rain, the bad conditions it just made it honestly a lot better,” said Palmer senior Noble Gurney.

“I think it just makes it that much more special knowing that other places in the world didn’t get to do this, so it’s an honor to be able to go out and to have something like this and to end on a good meet like this,” said Reem. “Everyone that came out and really showed that fighting spirit that we’ve got here at Palmer and I think everyone on the team deserves a big kudos just going out and working the hardest that they can.”

Wright is headed to run at Western Washington University in the fall. Wright’s relay teammate, junior Katey Houser put up the top performance of any Valley athlete over the weekend. Wright finished eighth in the 800 meters and knocked nearly two full seconds off of her qualifying time in the 400 meters. Houser finished the 400 meters in second with a personal record time of 1:00.83.