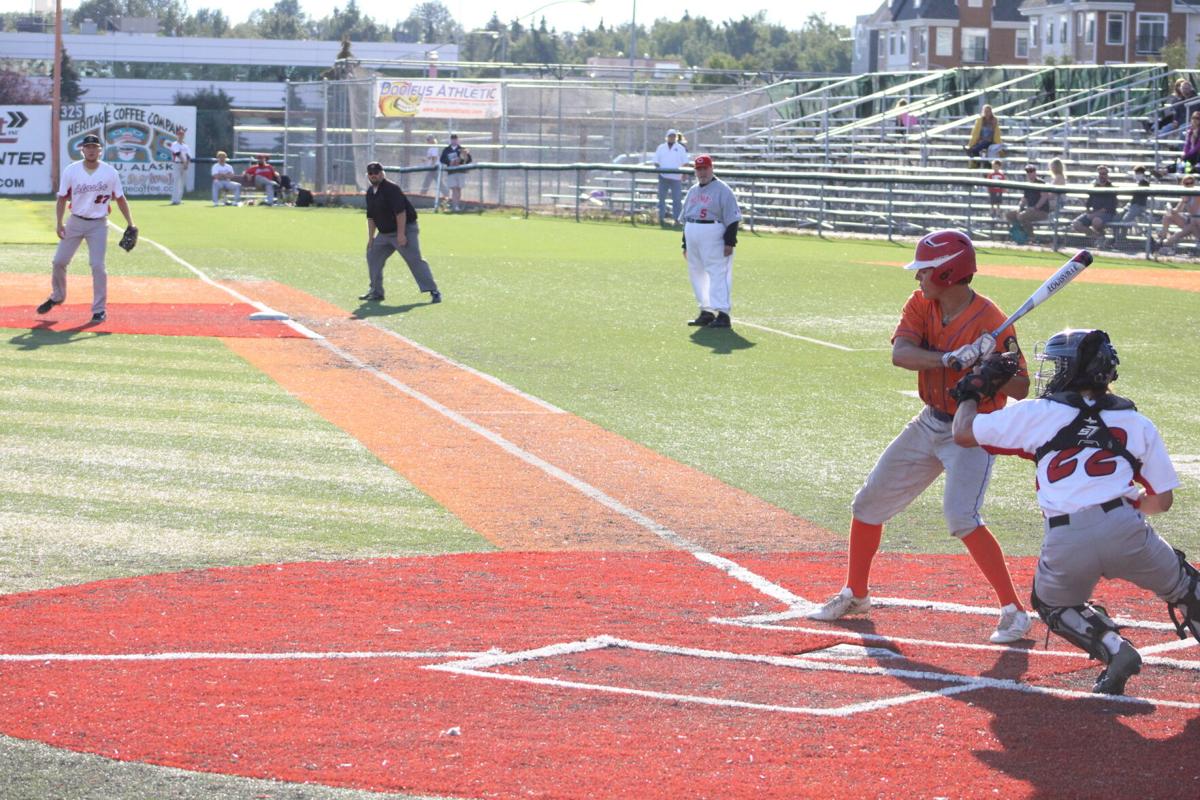 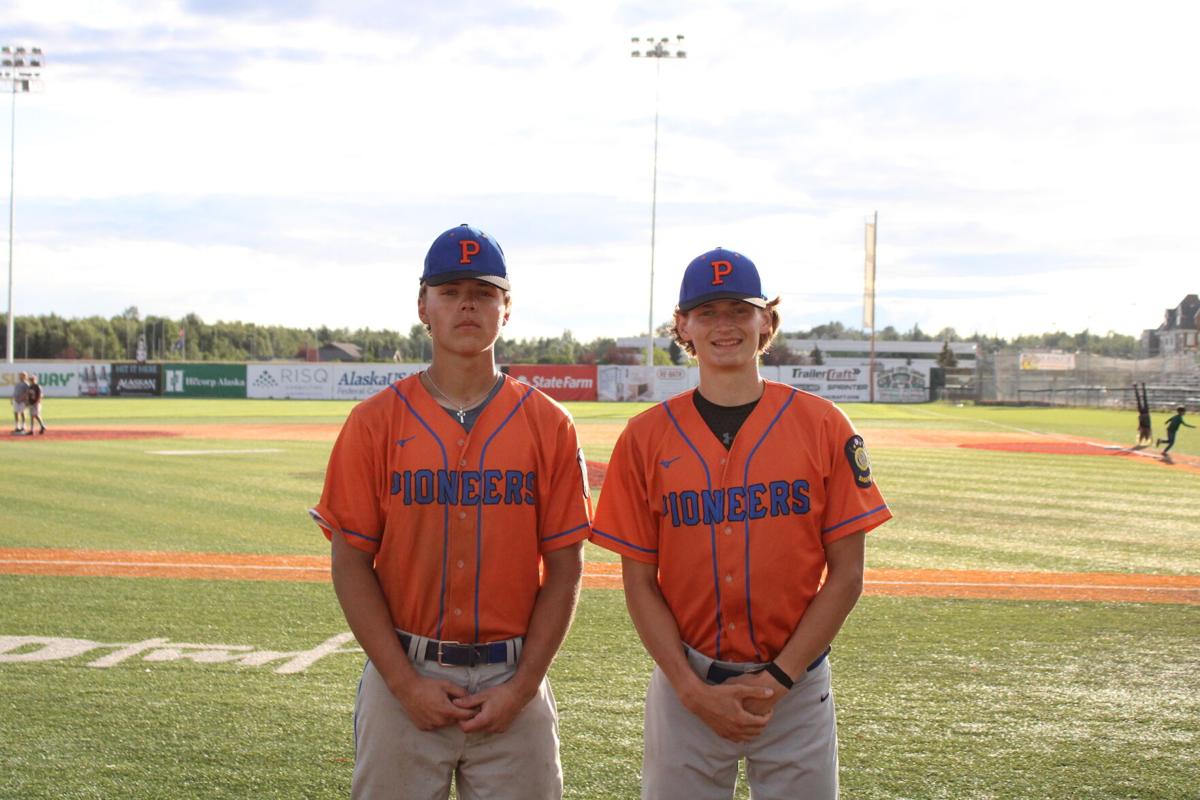 ANCHORAGE — In the greatest collection of Alaskan baseball talent ever to share one field, the Alliance Baseball League All Stars went undefeated against the former Legion Legends. On Tuesday night, the National Division All Stars defeated the Legends 4-0 and on Wednesday, the American Division All-Stars tied the Legends 2-2.

“I think it was just great for the community to be able to have since the [Alaska Baseball League]’s not playing this year. So to have a big game like that at Mulcahy with past legion all stars and present legion all stars, it was pretty awesome and to see our kids compete against some ex pro players and some ex highly talented D1 players, it was a great thing to see and to shut them out was very shocking,” said Wasilla Road Warriors head coach Ken Ottinger.

The Alliance for Alaska Legion Baseball traditionally puts on a college coaches camp every summer where teenage ballplayers can hone their skills for a week before a team of camp All-Stars plays an exhibition game against the Anchorage Bucs. While COVID-19 canceled the Alaska Baseball League, the Alliance Baseball League has given high school baseball teams an opportunity to play. Instead of the college coaches camp all star game, a group of Legion Legends was assembled to play the best players from each division. Featuring five former Major League Baseball draft picks, six former Gatorade players of the year and five former state tournament MVP’s, the group of adult Alaskan talent combined with the current best players in the league created the greatest collection of Alaskan baseball talent ever to share the same diamond.

American All-Stars 2, Legends 2“This season was all about just enjoying and playing with my brothers again and we accomplished what we wanted to last year so we’ve just been having fun this year and this was just something to add on top,” said Palmer Pioneers outfielder Luke Guggenmos.

Guggenmos and incoming Colony High senior Ben Alley represented the Palmer Pioneers on the American Division All-Stars on Wednesday. Alley started the game as the pitcher for the American Division All-Stars and worked through two walks to keep the Legends from scoring. Former West High standout and Gatorade player of the year in 2011 Adam Manzer was caught stealing by South catcher Dylan Maltby. Alley then forced groundouts from Jonny Homza and Kyle Madden to end the inning. Homza was drafted out of South Anchorage High School in the fifth round of the 2017 MLB Draft by the San Diego Padres and played last season in Australia.

“I had a feeling that I was going to start on the bump, but coming here and realizing what I had to do is kind of a big pressure but everything seemed to calm down after the first couple of pitches,” said Alley.

Guggenmos grounded out in his first at bat against former D1 pitcher for Chicago State Joe Fitka. During Guggenmos’ second at bat, Homza threw out the stealing runner for the third out and Guggenmos was unable to swing the bat again. Guggenmos played left field and played in his first All-Star game after earning All-State honors in 2019.

The Legion Legends pitchers took a no-hitter into the seventh inning against the American Division All-Stars on Wednesday. South’s Oliver Brown broke up the no-hitter with a single off 2006 MLB draft pick Corey Madden. South Anchorage standout and University of Utah commit Gage Webster is typically known for his outstanding pitching, but did some damage with the bat to tie the game in the seventh inning. With one swing of the bat, Webster sent Madden’s fast ball high into the air and over the left field fence for an opposite field home run, scoring Brown and tying the game.

“It was pretty awesome especially my last at bat here playing at Mulcahy for an All-Star game, so it was a pretty special moment and also off a coach that I know and respect,” said Webster. “I was just sitting on the fastball and he gave me one and since he’s throwing hard enough it helped put it out.”

The game ended after the bottom half of the seventh inning in a 2-2 tie. Averting a customary high five, after the game Madden and Webster lightly tapped their feet over home plate as a symbol of sportsmanship.

On Tuesday, the National Division All-Stars shut out the Legends and held the former stars to just three hits. Representing the Post 35 Wasilla Road Warriors were Jacob Gilbert, Nolan Murphy and Max Wanser. Wanser played catcher on defense and had one at bat. Murphy played in the outfield and also had an at bat in the game against the Legends on Tuesday.

“I don’t think they’ve probably seen that much gas thrown at them so it was a big change for them, so to see them actually get in there and compete was a good thing,” said Ottinger.

Leading 4-0 in the seventh inning, the National Division All-Stars sent Jacob Gilbert up to the mound to close out the victory. Gilbert struck out the first batter on three pitches and needed only seven to complete the scoreless, hitless inning. For the final pitch of his second strikeout, Gilbert lowered his arm angle and threw a nasty breaking ball to end the game.

Both Valley baseball teams in the Alliance Baseball League continue play this week with Wasilla competing as the number five seed in the State Tournament at Mulcahy Stadium and Palmer will compete as the number one seed in the Matson Invitational at Bartlett High School.