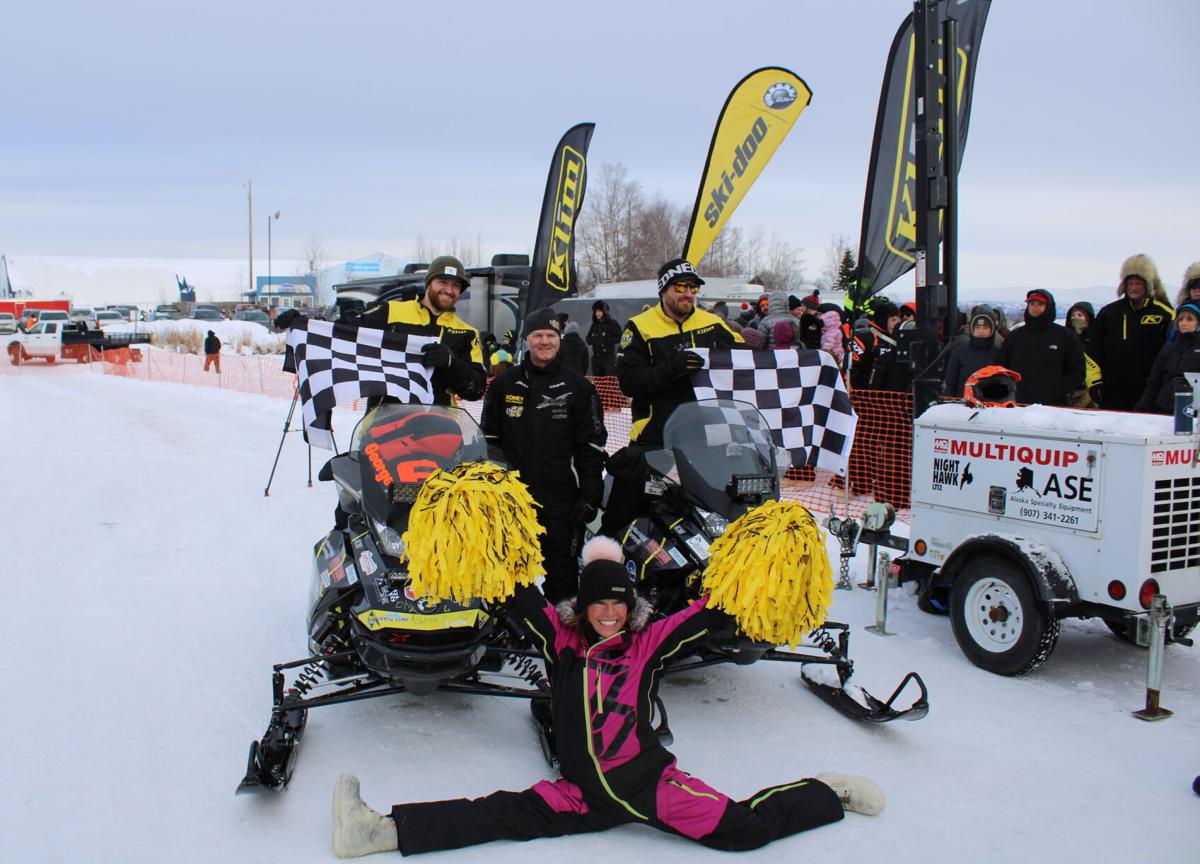 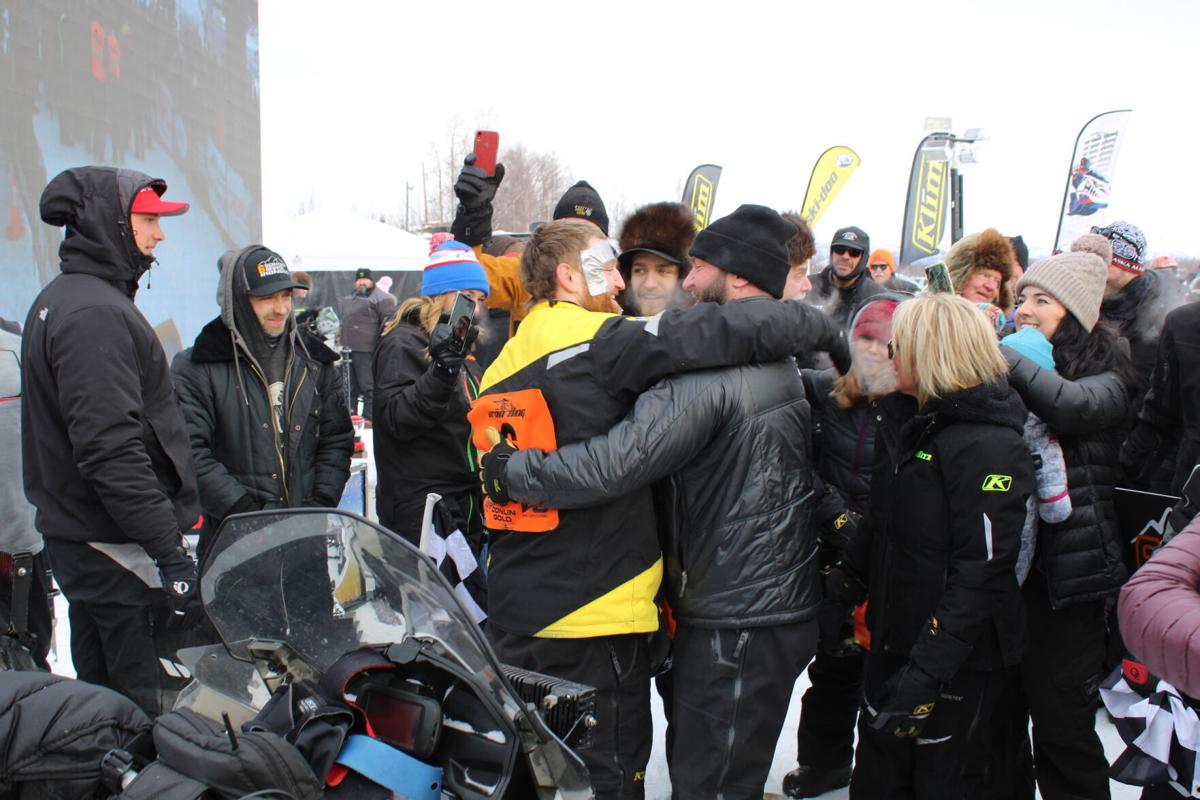 Brad George embraces his family and friends after traversing over 2,600 miles of Alaskan wilderness. 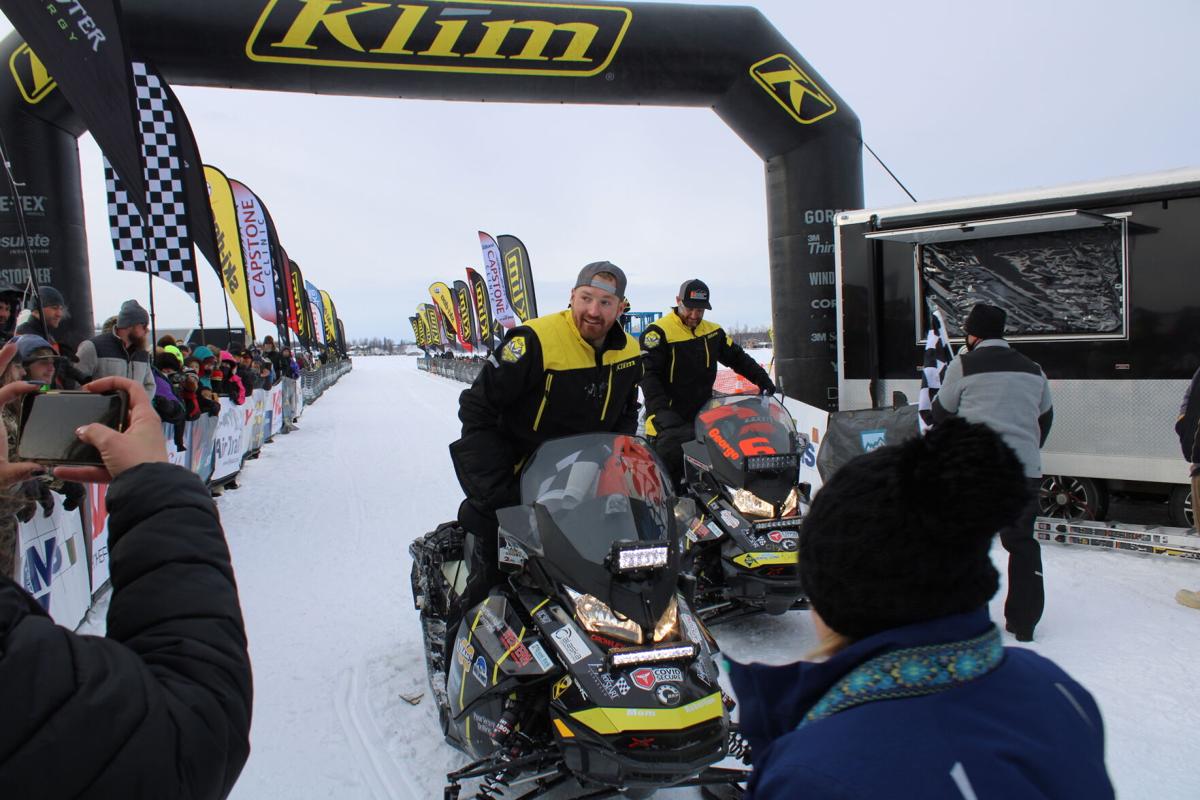 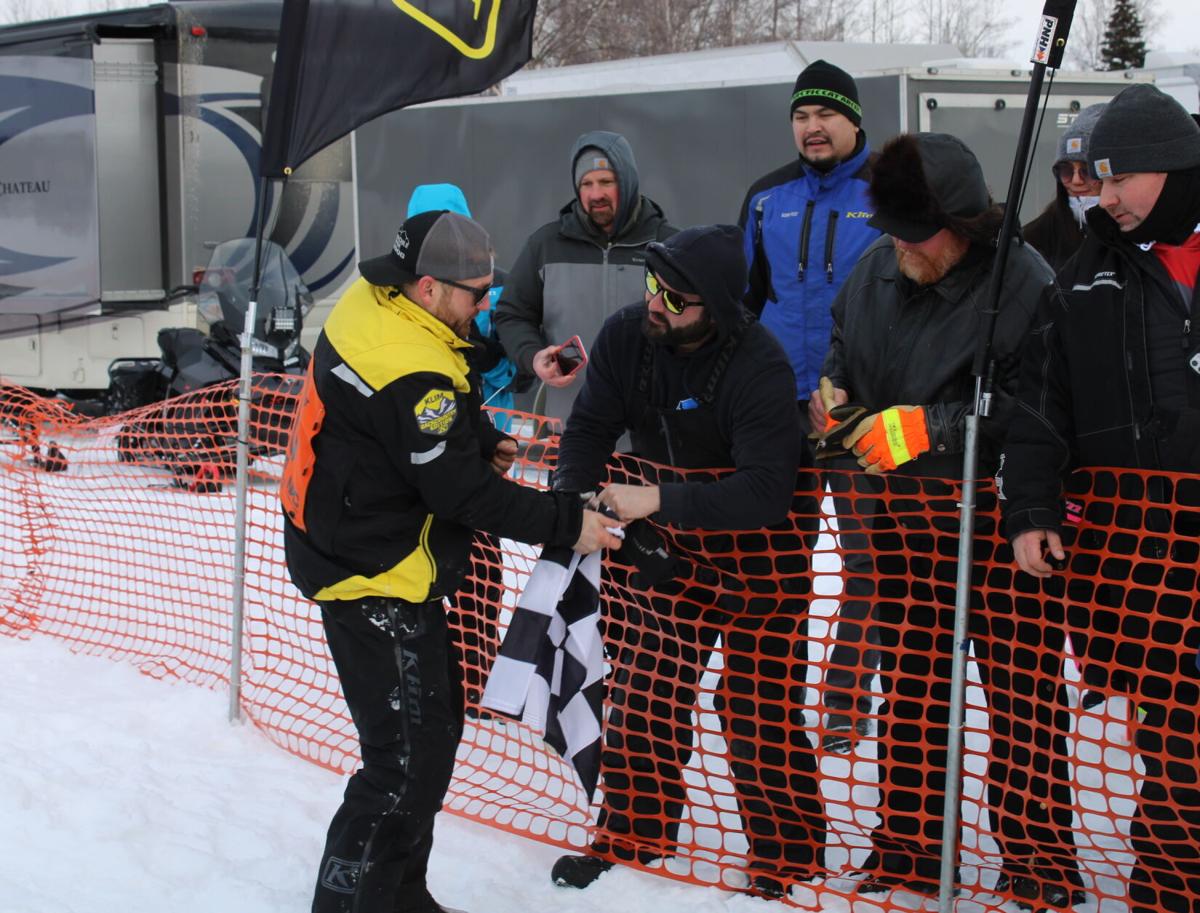 Robbie Schachle mingles with friends and family after winning with 2021 Iron Dog.

Brad George embraces his family and friends after traversing over 2,600 miles of Alaskan wilderness.

Robbie Schachle mingles with friends and family after winning with 2021 Iron Dog.

“It feels great. I’m kind of amazed. We thought we were second coming in and we had no idea we won this thing. That goes to show, don’t ever give up. Just keep doing it. Keep going. Never stop,” Schachle said.

Schachle said it was a close race throughout the last week. The front runners were hot on each other’s trails, making it to the various checkpoints fairly close together. Team 6 checked into Puntilla Lake just a half-hour behind Team 14 Friday evening.

Team 5, Zack Weisz and Brett Lapham, made it to Galena as one of the top three teams Thursday, but a collision on the trail slowed them down. They still managed to keep a breakneck pace and came in at fifth place, just 16 minutes behind Team 49, Klinton VanWingerden and Andrew Gumley.

“Usually, you get spread out a little bit, and it’s just been one hell of a race,” Schachle said.

George said they thought they were in second since McGrath since they were out of their line of sight.

“I had no idea… We never saw them. We never gave up,” George said.

This is George and Schachle’s first Iron Dog victory after years of racing. The two friends reunited as a team after a brief hiatus from each other. George said they came into the race with a shared passion to win, and a mutual sense of focus that fed from their teamwork.

“This is my number 10. So, I wanted to take a year off, and I wanted to go out with a bang; and that was our plan, and that’s what we did,” George said.

George said they both broke their center shocks and had to ride it out the last 600 miles, keeping their eyes ever set toward the finish with maximum focus and minimal distractions. He said that having a positive and dedicated teammate made all the difference.

“I couldn’t ask for a better partner. Robbie pulled it together whenever we had a little mistake. I gotta hand it to Robbie. He’s the best partner ever. He keeps me up, you know? There were times I was kinda getting a little down… Robbie just stays positive and keeps us going. Robbie’s hands down the reason we just won this,” George said.

George said that he fulfilled a childhood dream when he crossed the finish line with Schachle.

“I am totally in awe right now. This has been a long time coming. Twenty-two years I’ve been a part of this race, since my dad started… I wanted to be right here ever since then. It’s the best feeling I’ve ever had. I’m still in shock,” George said.

To view the final results of the 2021 Iron Dog, visit irondog.org/race/track.