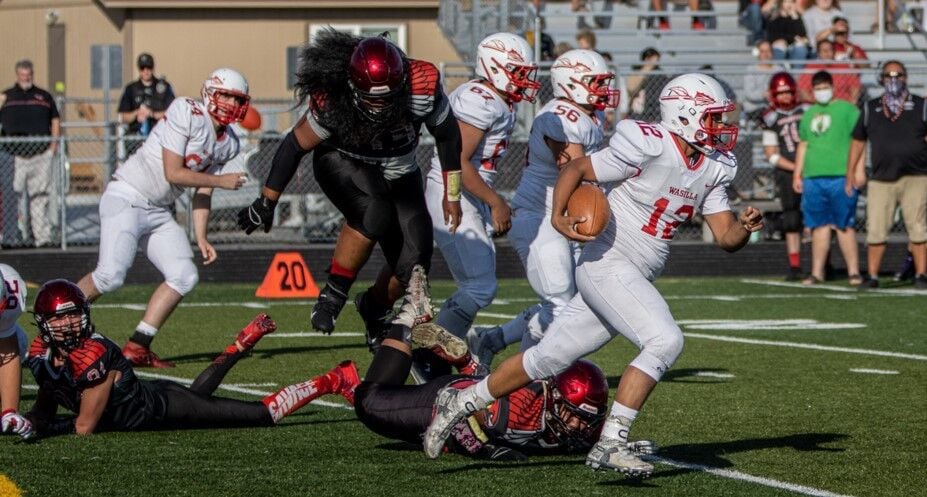 Wasilla Gavin Harrington works to elude Houston's Kiderro Fono during a win over the Hawks. 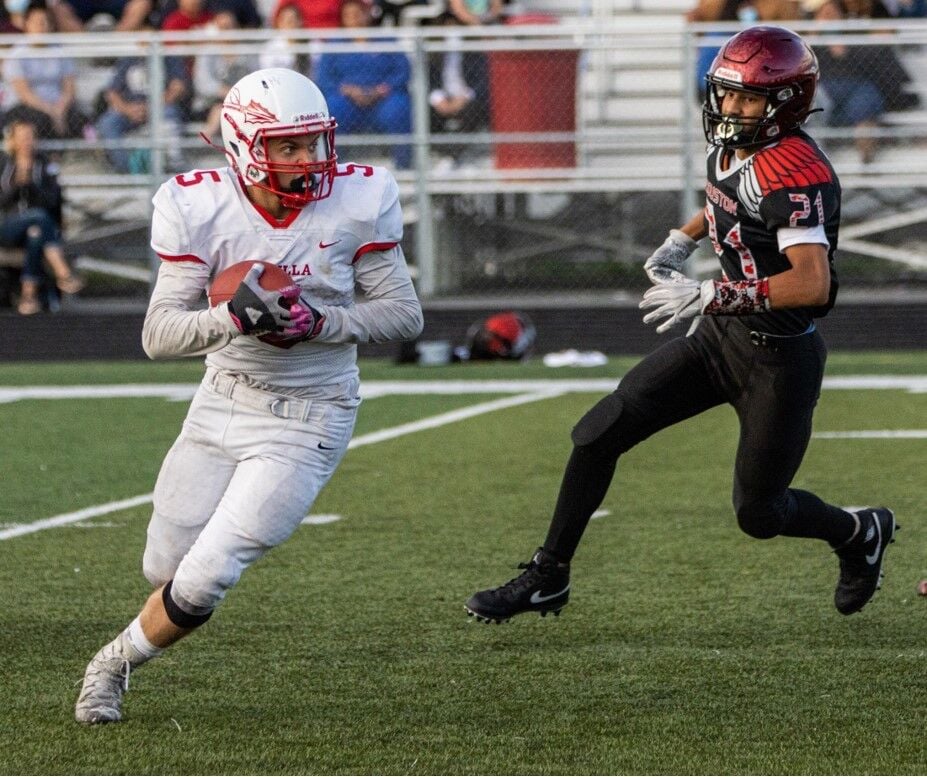 Wasilla's Phillip Bezhenar carries the ball during a win over Houston.

Wasilla Gavin Harrington works to elude Houston's Kiderro Fono during a win over the Hawks.

Wasilla's Phillip Bezhenar carries the ball during a win over Houston.

The Wasilla Warriors used a big effort in the second half to score a 40-0 prep football win over Houston Friday night at Wasilla High’s Veterans Memorial Field.

“The first half was ugly, tons of penalties,” Wasilla head coach Ken Ottinger said by phone. “In the second half, we put some things together and made adjustments.”

Wasilla standout Colton Lindquist led the Warriors on offense, defense and special teams. Lindquist had a big punt return in the win, and also broke away for about a 40-yard touchdown run, Ottinger said. But it wasn’t just Lindquist, the Warriors head coach said.

Wasilla improved to 3-1 overall and 2-0 against the Hawks this season with the win. Ottinger said the big difference between Wasilla, a Division I squad, and Houston, the defending Division III state champions, is depth.

“I have nothing but the most respect for that Houston team. That’s what it comes down to. Small schools don’t have the depth, and they just got tired.”

Ottinger said the Warriors led by two scores at the break, and were able to extend their lead with a big second half.

“If they had more depth, they would terrorize some of these schools,” Ottinger said of the Hawks. “They’re not scared. They’ll face up with anybody and go at it.”

The win extends a big couple of weeks for the Warriors, who scored their first win over Palmer and captured their first Potato Bowl victory since 2014 on Sept. 11. Ottinger said the Warriors followed the win over the Moose with a great week of practice.

“You get one of those marquee wins and sometimes they let down. We were more focused last week and had the best week of practice we had. We got done today with another great day of practice,” Ottinger said Monday.

Wasilla gets its second crack at rival Colony Friday night at 6 p.m. at WHS. The Knights used a huge fourth quarter to beat Wasilla 44-7 Aug. 28 at CHS.