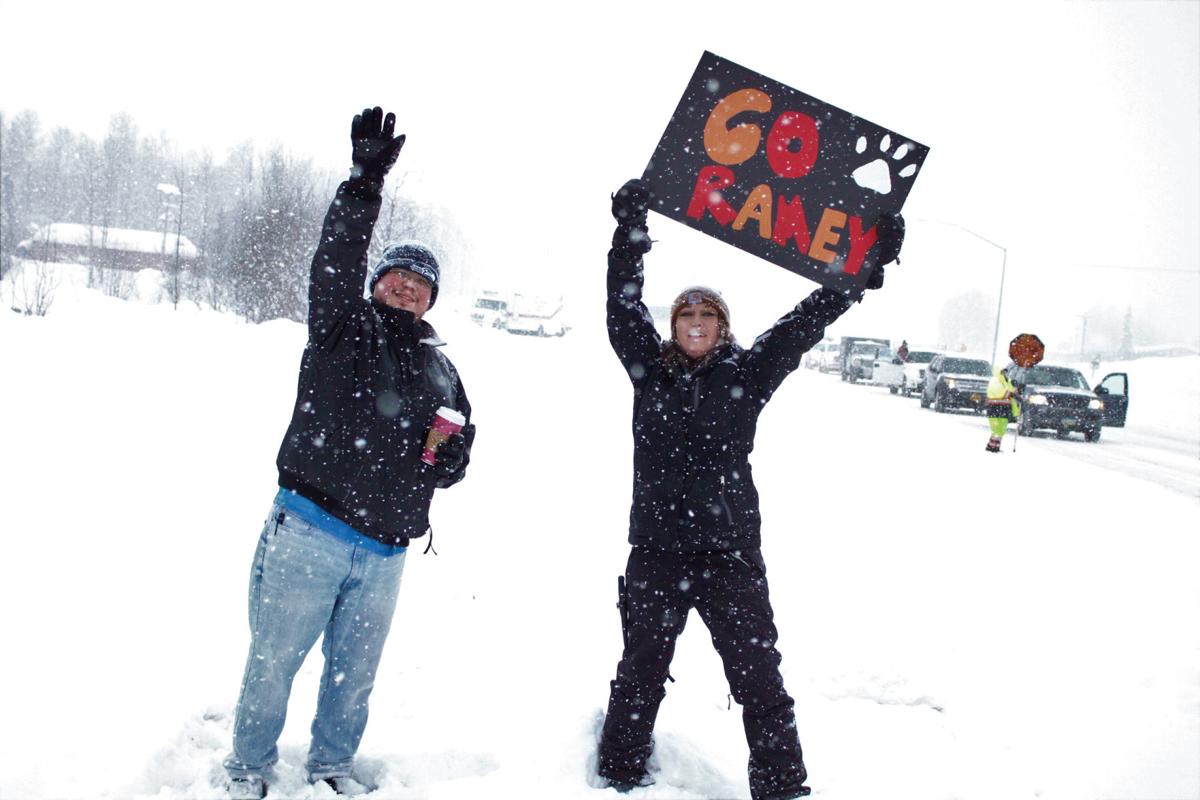 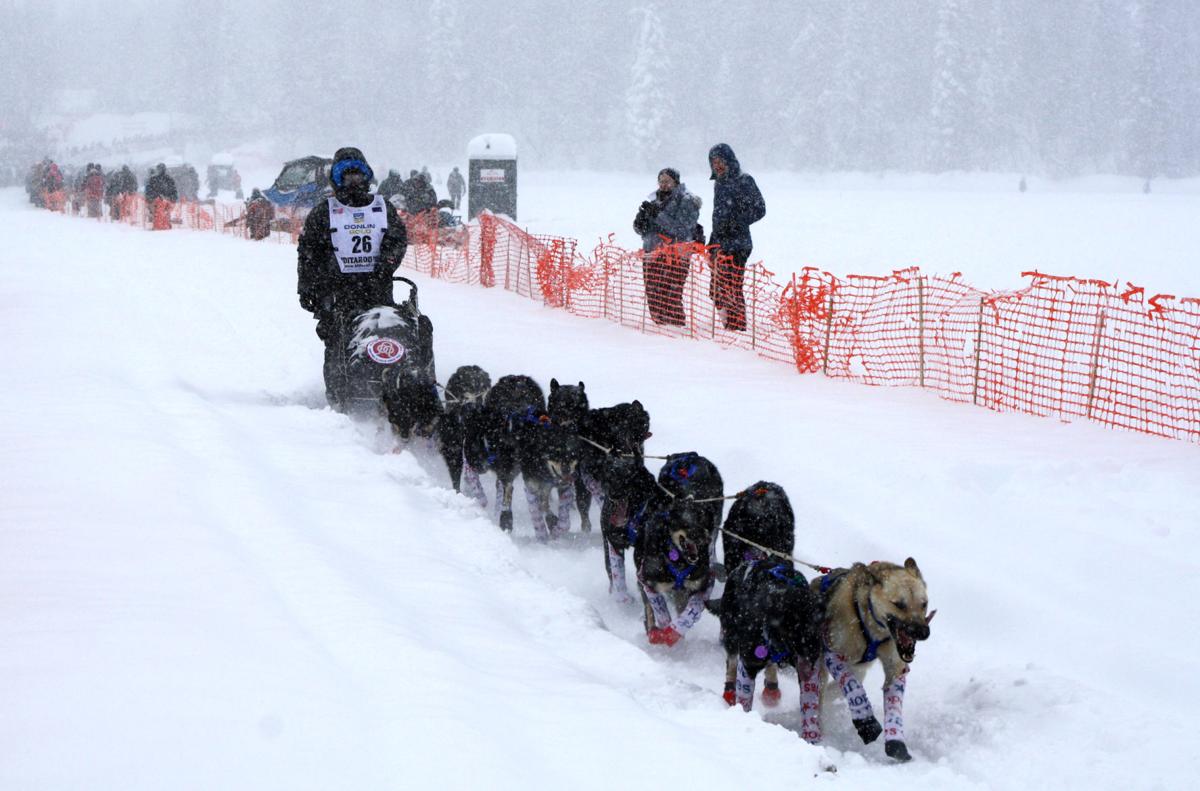 Martin Buser departs for Nome during the Iditarod restart Sunday in Willow.

Martin Buser departs for Nome during the Iditarod restart Sunday in Willow.

WILLOW — Thousands of people flocked to Willow Sunday, March 8 for the 2020 Iditarod restart.

There are 57 mushers in this year’s field. About 18 of the mushers (roughly 31 percent) are from the Valley, the place that birthed the Last Great Race.

“He’s a good guy,” Maixner said. “We’ve been really good friends for a long time. We’re kind of on the same page on how to do things.”

After eight years, Maixner keeps coming back for more, finding solace in the quiet wilderness and enjoying the company of a line of furry companions.

“I guess I love being out there. It’s nice,” Maixner said.

It’s a mighty challenge to overcome but the thrill of the adventure makes it worth it to Maixner. Like any good adventure, the Iditarod is all about expecting the unexpected. He said there’s always something new each year.

Willow is often referred to as the “mushing capital of the world” and Knik is where it all started with the Redington family.

Maixner lives in Big Lake, which is nestled between the two areas. He said he’s only about four miles from the historic Knik trail system.

Big Lake is home to numerous big names from Iditarod history, including one of the most famous racers of all, Martin Buser.

“The Smyth brothers are there. Buser’s there. Kristin Bacon’s my neighbor,” Maixner said.

Willow’s Gabe Dunham was one of several rookie mushers embarking on their first Iditarod. She said that she’s been running dogs and wanted to run the Iditarod for a long time. Now, she finally has the finances and other resources to make it happen.

“Right time, right place, so here I am,” Dunham said.

Dunham was born in Fairbanks and grew up in Valdez. She said that she lived in Willow for over 10 years but left to Montana for work.

Dunham recently moved back to Willow and she’s glad to be back where she grew into the mushing lifestyle. And now, she gets to be in the race instead of just helping out.

“I helped put 10 teams in this race before but never got to be the jockey,” Dunham said with a laugh. “So this time, when I writing my name on those drop bags instead of someone else’s, I had to say, it felt really good.”

The ceaseless snowfall will make this year’s race particularly tough but Iditarod mushers, that’s just one more challenge to overcome. Iditarod CEO Rob Urbach said the massive amount of snow was “epic” and Matanuska-Susitna Borough Mayor Vern Halter said it reminds him of the intense glory days of years past.

“It’s kind of like the old days with all the snow,” Halter said.

Despite the wet and snowy conditions, hundreds of friends, colleagues and family members showed up to support their teams.

Two hours before the teams took off, Melody Medley stood just off the highway near the Willow Community Center holding a sign in support of her brother, who’s a notable Willow veteran musher, Ramey Smyth.

“Ramey, this is your year. You’ve got it. We love you and we’re here for you. Do it for our mom,” Medley said. “Our mom [Lolly Medley] was the first woman to run the Iditarod so this year is for her.”

Medley’s grade-school aged son, Tristan accompanied his mom to support his uncle. He’s mushed with Smyth before and was eager to see him win this year.

Tristan said his favorite part being at the restart is, “Just the dogs and watching them take off.”