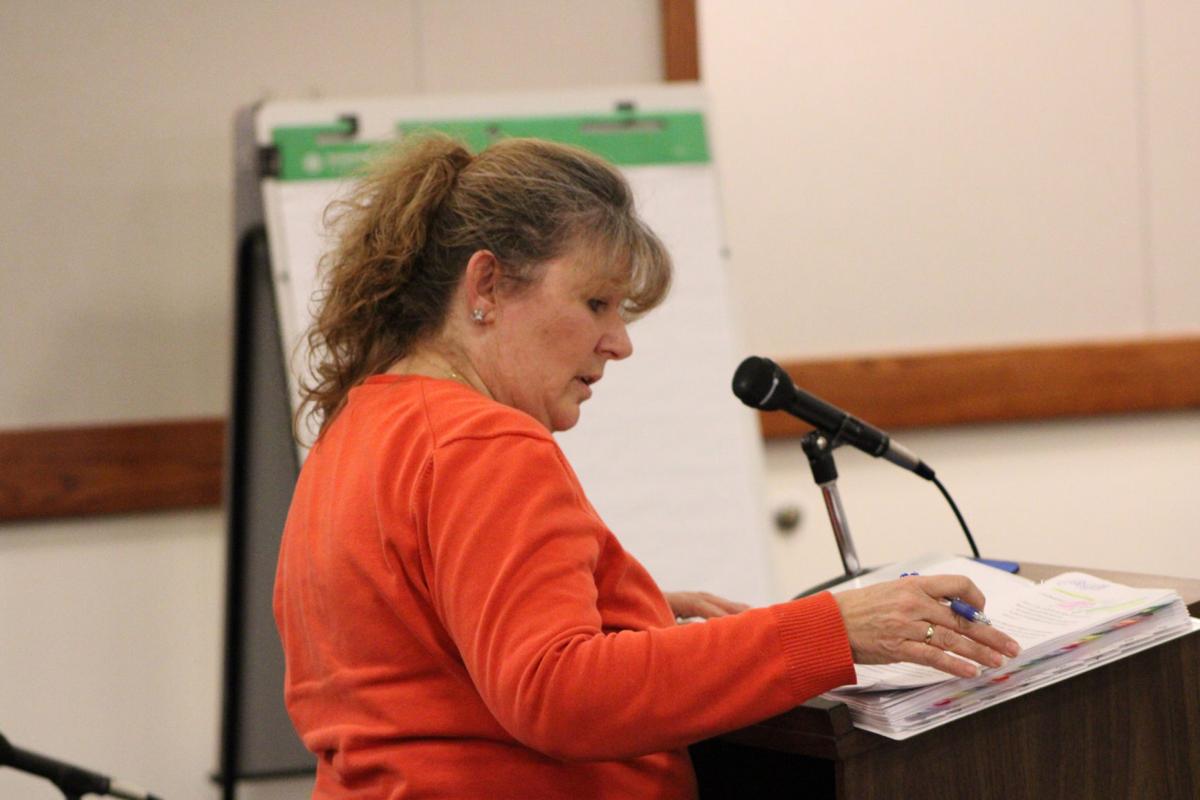 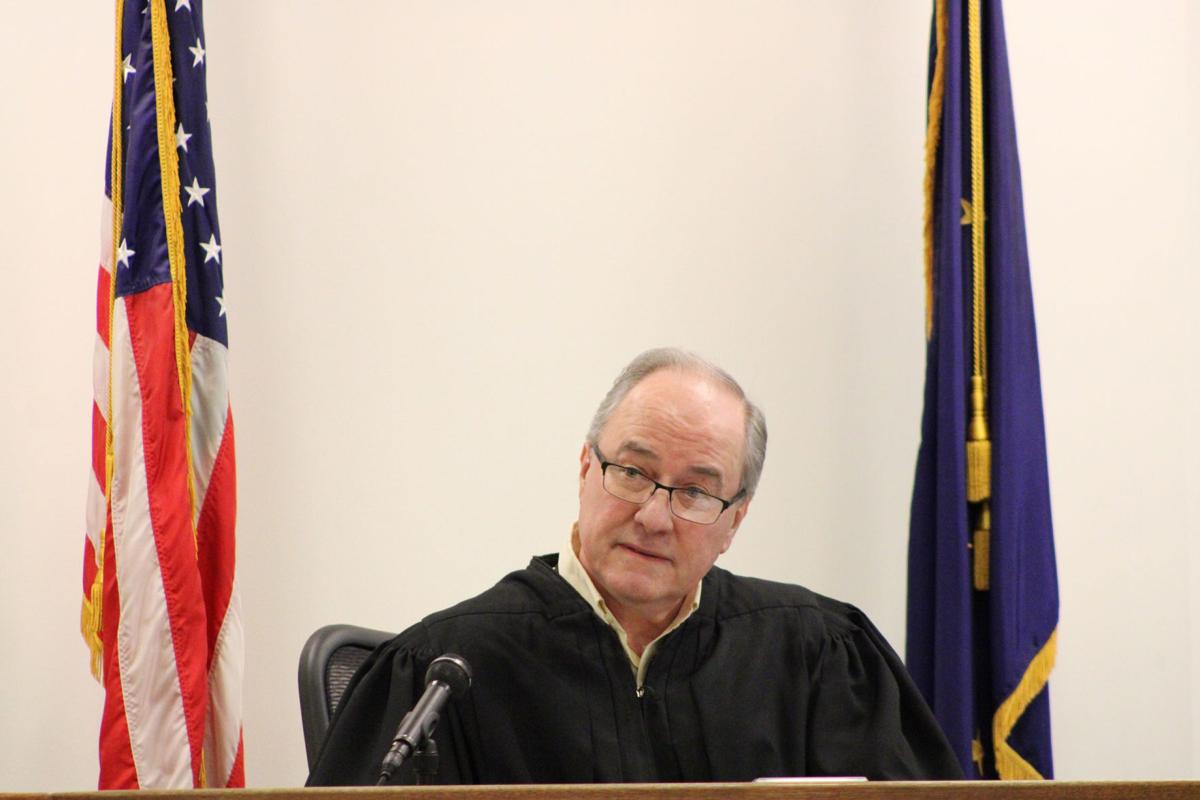 PALMER — Elizabeth Maxson was not present for her hearing in Palmer small claims court on Thursday where she was sued for $5,895 by Kids Kupboard.

Founder and Executive Director of Kids Kupboard Lynette Ortolano filed the lawsuit on Oct. 23, 2019, and on Thursday, Judge William Estelle ruled in favor of Kids Kupboard in the amount of $6,008.35 with the addition of a filing fee and process service. The $6,008.35 judgement comes with six percent interest. The hearing had been moved from one courtroom to another and Estelle appeared perplexed that Maxson was not present for the hearing.

“Was she there today? Have you seen her about the courthouse in the parking lot? And you’ve not heard from her,” said Estelle.

A total of seven people who had been financially harmed by Maxson’s business Lizzy Bee’s Tax and Accounting were in the Palmer courtroom on Thursday, anxious to see Maxson. According to testimony from more than a dozen people whose personal and business finances had been mismanaged by Maxson, this is not the first instance where she has had difficulties communicating.

“We spent three years with little to no communication from Ms. Maxson and error after error that I continued to point out and asked for corrections and I’ve never received a report from her to present to my board. I was never able to print an accurate report,” said Ortolano. “The [Internal Revenue Service] notified me that Kids Kupboard had not filed a single 990 though I have emails from her saying that she’d filed them every year.”

Kids Kupboard is a nonprofit 501©3 corporation that provided 80,000 nutritional meals free of charge to children last year, according to their website.

Kelly Malidore, one of Maxson’s former clients, compiled a list of people who have had issues with Maxson, who claimed in documents presented at the time the lawsuit was filed that she was a Certified Public Accountant. Maxson did not finish her qualifications to become a CPA and her business license in Palmer expired in 2019. Concerned citizens who attended the court proceeding still wonder where she is, many hoping to retrieve important tax documents that she still has possession of.

“I wish she had come. I think, you know, there’s a lot of people that came here who she has wronged and I wish she would have come and faced them,” said Ortolano.

Maxson’s potential victims who attended the court proceeding say that she has moved to Anchorage, changed her business name and continues to charge for services at an increased rate, but Maxson’s business website is no longer active and she did not respond to request for comment by press time.

Last fall, Maxson had filed to run for the Mat-Su Borough Assembly in District 2 prior to the lawsuit filing in late October. The lawsuit filed by Kids Kupboard does not ask for retribution of the funds paid to Maxson for services she did not complete, but only for the cost of a Noble Business Services to fix her errors. Noble Business Services employee Haylee Kurka described the process of reconciling the bookkeeping for Kids Kupboard as, “a state of extreme disorder… This file is one of the worst we’ve seen for a long time.”

At the time the lawsuit was filed, Maxson said that was the first she’d heard of any issues. Ortolano said that Kids Kupboard was lucky they found Maxson’s errors when they did. Without filing 990 forms with the IRS for three years, Kids Kupboard was in danger of losing their nonprofit status.

Jolyn Johnson had contracted Maxson to do her payroll documents and had to deal with aggravated employees who came to her with concerns over not being paid on time.

Other victims say that they face penalties from the IRS if they are not able to retrieve tax documents from Maxson. A company that offers services to people with disabilities lost nearly $10,000 due to Maxson’s errors, but wishes to remain nameless.

Lisa Blau-Hood owns two businesses and suffered many of the same issues as Kids Kupboard when dealing with Maxson.

Blau-Hood was unable to access her own documents on Quickbooks, despite asking Maxson for privileges for a period of six months.

“Literally all of a sudden she went MIA,” said Blau-Hood. “I can’t even tell you how many crazy responses I got from her about why she was not filing my taxes.”

Blau-Hood was unable to get ahold of Maxson repeatedly, but said that she feels some comfort in knowing that she is not the only victim. Blau-Hood quit her job as a nurse to run her businesses and underwent a tremendous amount of stress when she could not get information from Maxson.

Blau-Hood believes that the additional stress caused may have contributed to her decline in health.

“They couldn’t figure out why I kept having these obvious arrhythmias,” said Blau-Hood. “It’s actually stressing my heart because of my anxiety over it and being so upset.”

Blau-Hood repeatedly attempted to contact Maxson without success before messaging her on her personal Facebook page and claims that Maxson has nearly $1,000 in her husband’s artwork that she has not returned.

Blau-Hood has contracted a new company to handle her bookkeeping, as have nearly all of Maxson’s patrons. Concerned victims in the courtroom worry that clients of Maxson’s may not be aware of her lack of qualifications or history of lack of communication.

“The money is bad. If you’re out of money that’s bad, but when a person totally has a disregard for the pain and suffering they cause you personally, that to me is the worst,” said Blau-Hood. “Her not taking responsibility for her actions is what is most upsetting to me because she’s in a profession where she’s dealing with people’s money. She’s dealing with people’s livelihood. Not taking responsibility for that to me is the worst crime of all.”